YouTube has been the dominant music discovery social platform for about as long as the social media era has been in effect but that doesn’t mean its current positioning within the music business hasn’t come at a cost. Having constantly come to gripes with performance rights organizations, songwriters, and publishers for low royalty payouts and more, YouTube now finds itself at the center of yet another music economy debate following a study commissioned by parent company Google dubbed Value of YouTube to the music industry.

The study, conducted by RBB Economics, has just released its first initial report titled Paper I: Cannibalization which tracked responses from 1,500 people and data from 5,000 songs across Germany, France, Italy, and the U.K. taken over a three-year period. And in it, the report comes to the conclusion that YouTube actually prevents piracy and significantly drives sales. The full study will survey ‘6,000 users across Germany, France, Italy, and the U.K.’ in addition to the exclusive YouTube data that Google will have provided them with. 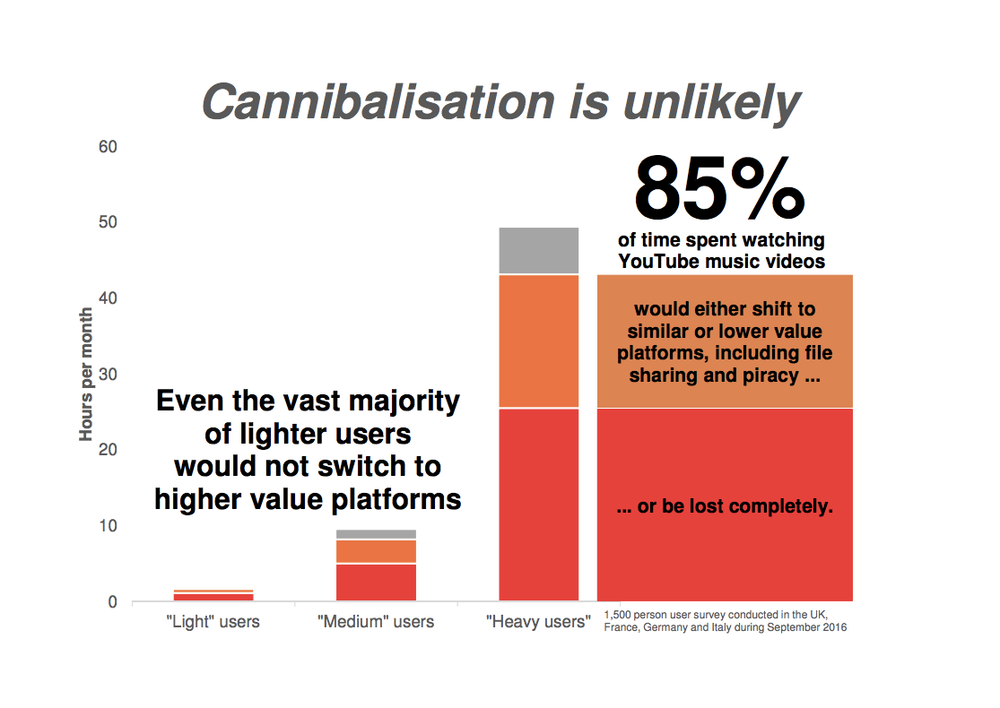 The response to the report from trade bodies, namely the IFPI, has been…lukewarm to say the least. Check out their statement below.

“Google’s latest publicity push once again seeks to distract from the fact that YouTube, essentially the world’s largest on-demand music service, is failing to license music on a fair basis and compensate artists and producers properly by claiming it is not liable for the music it is making available. Services like YouTube, that are not licensing music on fair terms, hinder the development of a sustainably healthy digital music market. Rather than Google/YouTube’s ‘my way or the highway’ approach, where they say they can’t behave as other digital music services do, legislative action is required to address the ‘value gap’ that is denying music creators a fair return for their work and investment so that the recent upturn will be sustainable for the long term.”

The report was only the first of the study which promises to release further papers to better clarify YouTube’s positioning in the digital music world. If you want to dive deeper check out the actual paper here or check out Google’s summary here.