by Christian Naccarato
in Bass Music, For the lulz, Worth Sharing

It’s no secret that Diplo is a bona-fide hit maker. With artists like Young Thug, Rich the Kid, and even Justin Bieber on his latest single “Bankroll,” one would think it would be a hit in true Diplo fashion. According to Twitter users, though, “Bankroll” was the “worst thing [they’ve] ever heard,” and the “worst song of the year”. 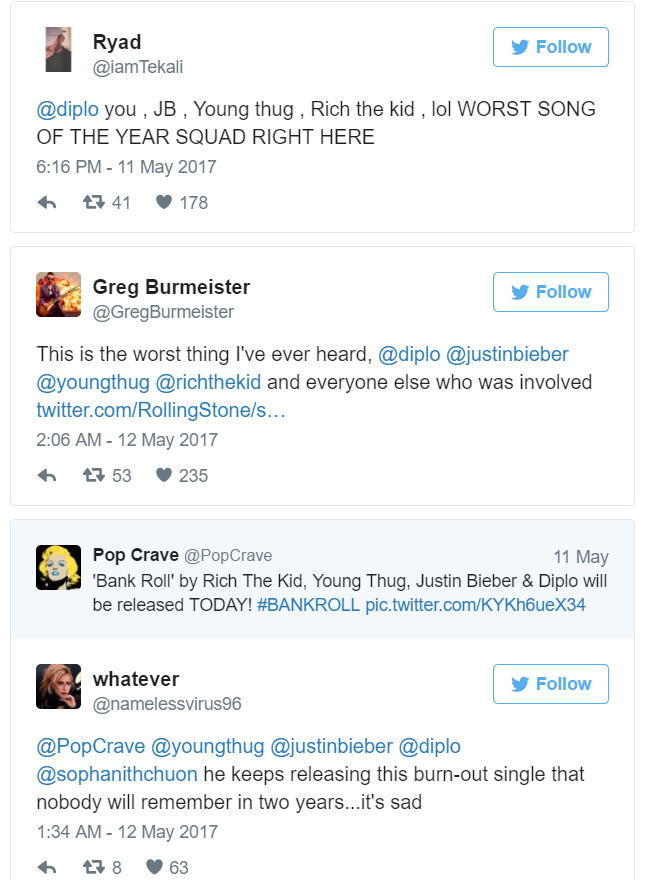 After retweeting some negative tweets about the song, Diplo took the track down pretty much instantly, just days after its May 11th release. 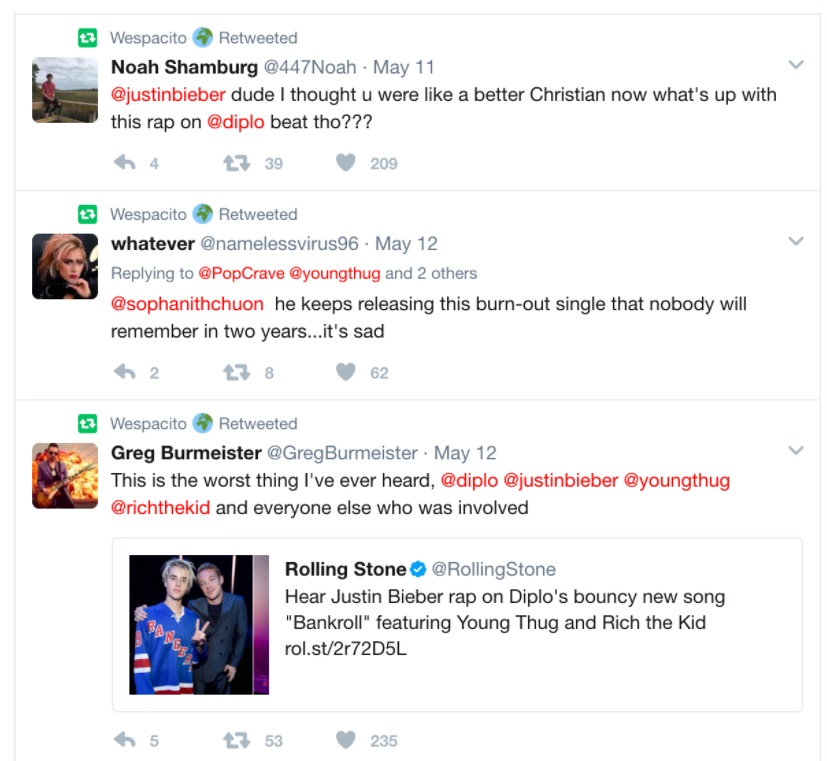 With it being taken down so fast along with poor reception, one can only wonder if the song is gone for good, or if Diplo is going back into the studio to turn it into a hit. Of course, someone was able to rip and re-upload it for our listening pleasure, or lack thereof. Check it out below and let us know what you think.