Autograf returns with yet another blissfully tranquil single “Simple” featuring Victoria Zaro. The song itself definitely has all the makings of a sleeper indie dance hit thanks to Victoria’s soulful vocals and rocking live instrumentation.

The most interesting thing about the song though is that once you dig through the BMI database for information on the song there are two curiously out of place names that immediately stick out. One such Alexandar J Pall and another such Andrew Taggert. In other words, The Chainsmokers co-wrote this Autograf single. 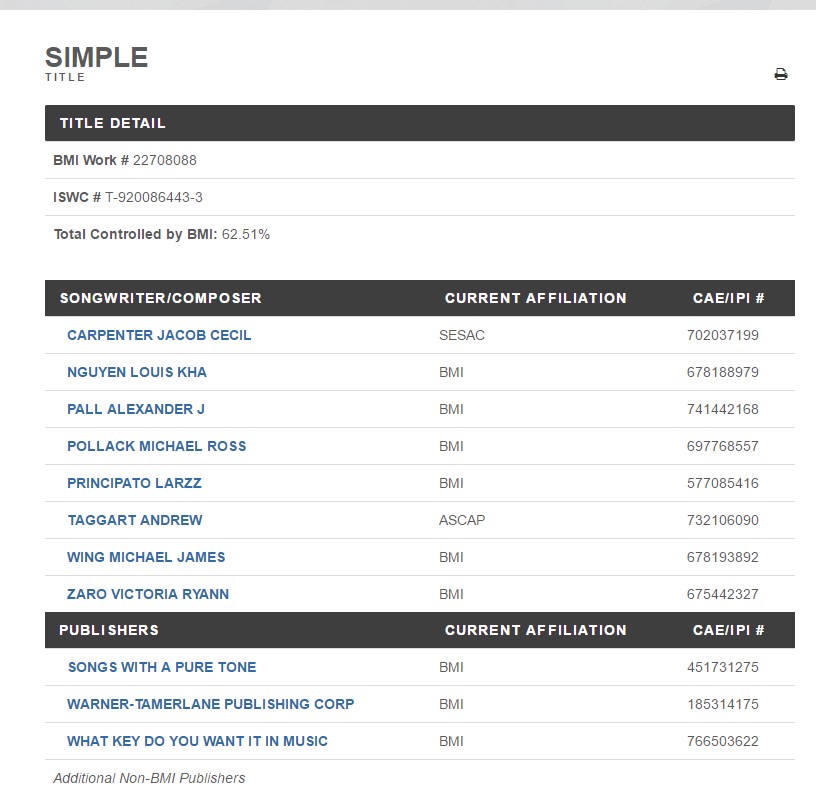 Mysterious as that may be, it’s common to remember that in pop music it’s not uncommon for writers to write music for projects outside of their own artist projects – even if it is unusual for artists the size of The Chainsmokers. Autograf and The Chainsmokers actually have a bit of history together dating back to when the live trio toured with  The Chainsmokers as one of the many opening acts on their Friendzone Tour two years ago. Perhaps they set out to write a song together on the road that fell by the wayside only for Autograf to continue working on it on their own.

Victoria Zaro and The Chainsmokers also have a bit of history of their own with the singer singing on “New York City” from the duo’s Bouquet EP.