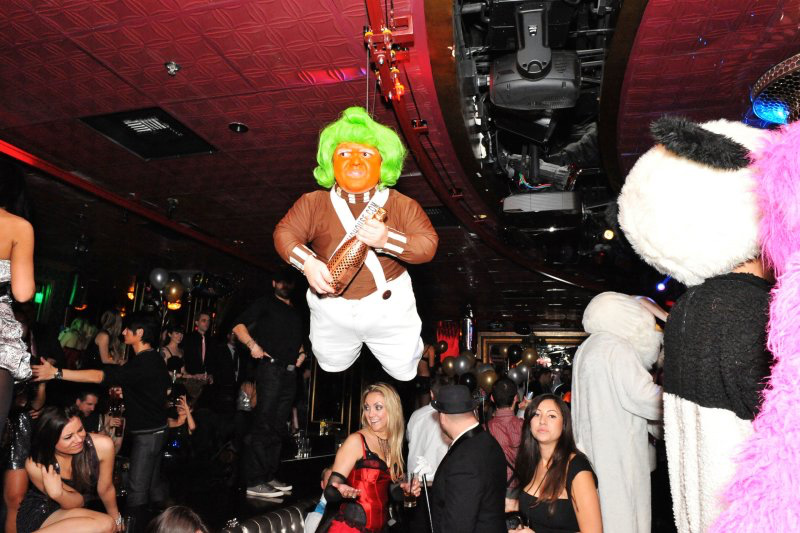 Well, here’s our WTF story of the day…

In throwback news, One Direction‘s Liam Payne once saved Calvin Harris‘ life. If that’s not outrageous enough, add to the fact that it went down at Miley Cyrus‘ 21st birthday party at Beacher’s Mad House in the Hollywood Roosevelt Hotel. It gets crazier — a flying little person performer was zooming on a zip line toward the 6’5” DJ, and the 1D member told him to duck just in time.

Payne recalled the incident during an interview with The Sun, “I was at Miley Cyrus’ 21st birthday party. There was obviously everybody there and I saved Calvin Harris from a midget. That was quite bizarre.”

Harris took to Twitter after the incident to share his appreciation, but the details have been a mystery until now…