FPSF (Free Press Summer Fest) in Houston, TX has been cancelled for the remainder of the evening due to flooding of the festival grounds and severe weather systems, nixing acts like Cheat Codes, Jauz, Lorde, Flume and more. Both Jauz’ and Flume’s sets we’re cancelled.

Unfortunately, Elanor Tinsley Park is unsafe for its attendees… After being evacuated both days in a row, and a lengthy day 2 delay, FPSF has shut it down in compliance with Houston’s police and fire forces, as well as the Mayor’s Office of Special Events.

According to The Houston Press, Sunday’s evacuation was announced at approximately 2:38 p.m. and shortly after 4 p.m., the National Weather Service issued a Flash Flood Warning for southeast Texas.

It’s never fun when things like this happen, but safety comes first. Thankfully, those who purchased tickets can seek refunds via Front Gate Tickets and hope for better weather next year. Read the official statement from FPSF here:

Here’s what would have been the entire lineup… 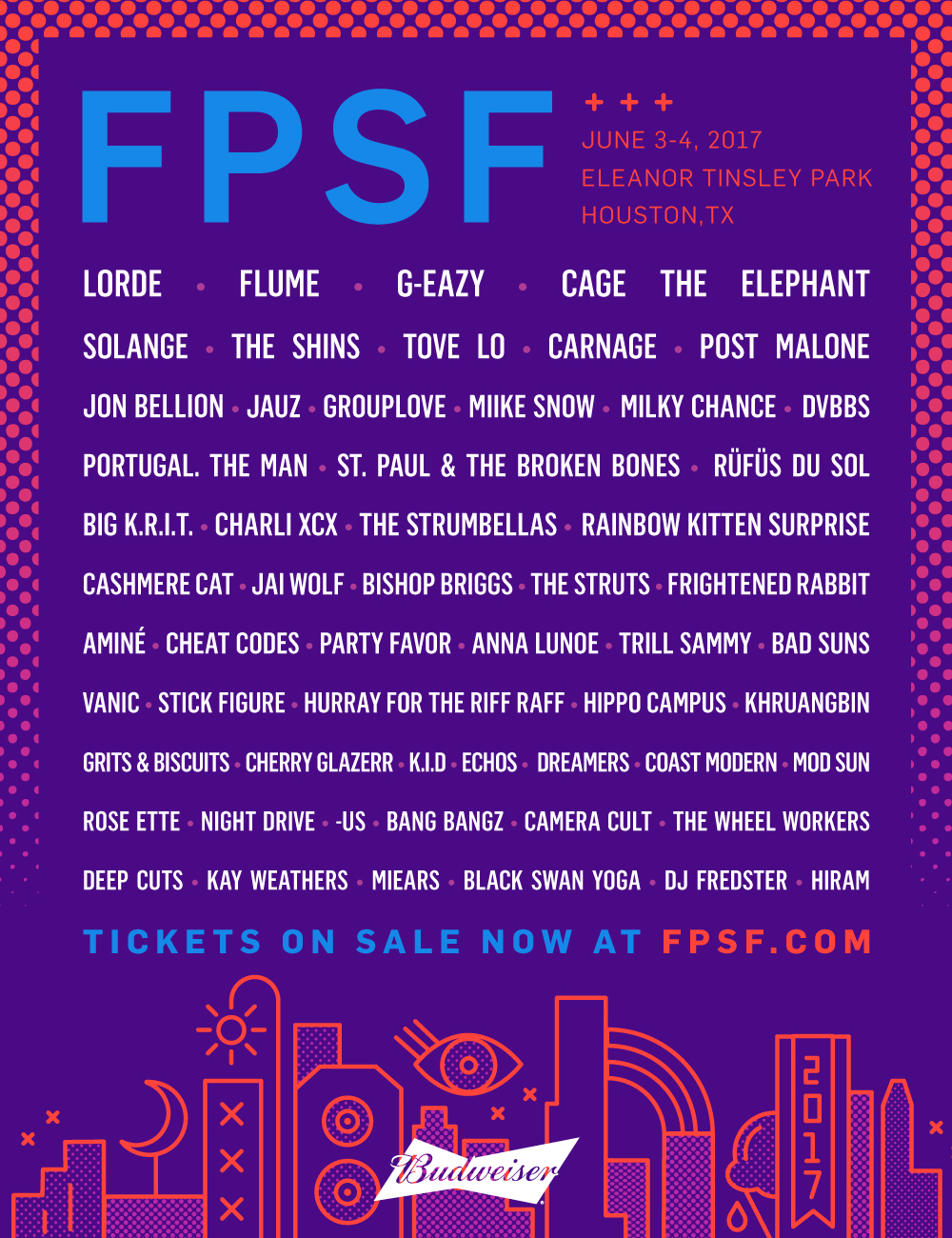