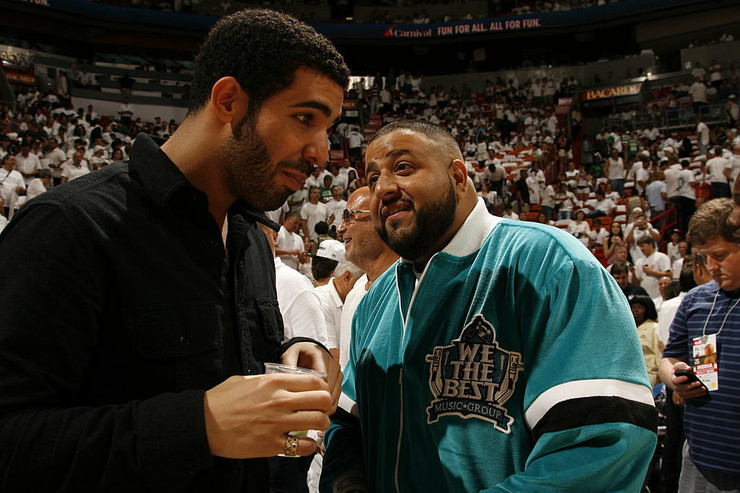 Every so often, a hip hop producer releases a track that finds its way into EDM sets across the world. Whether it’s “Bad & Boujee” or literally every Kendrick song ever, you know the words when it comes on and you sing along like the fate of the world depended on it.

Though their new single is a little softer, we’re confident that DJ Khaled and Drake just dropped the next one to make it into sets with “To the Max.” And for what it’s worth, the single does have a considerable amount of EDM influence on it. (Though, these days, what doesn’t?) Jersey club and trap are the obvious stand-outs.

“To the Max” is featured on Khaled’s next and 10th album, Grateful, out June 23.

GOD IS THE GREATEST! #GRATEFUL #JUNE23 … WOW!! This is my 10th Album! And this is my sons First Album! TEARS OF JOY!!! I've been through so many storms! I weathered every storm! I always knew there would be sunshine on the other side !! I never gave up !! I ALWAYS HAD HOPE AND PRAYED! I LOVE GOD SO MUCH !! FAN LUV PRE ORDER YOUR #GRATEFUL ALBUM NOW!! FAN LUV THIS IS FOR YOU! THIS FOR @asahdkhaled ! THANK YOU GOD ! #GRATEFUL IS MY THANK YOU TO EVERYONE!! @wethebestmusic @rocnation @epicrecords 🙏🏽🔑🌺🦁🙏🏽. Photo by @jonathanmannion !!!