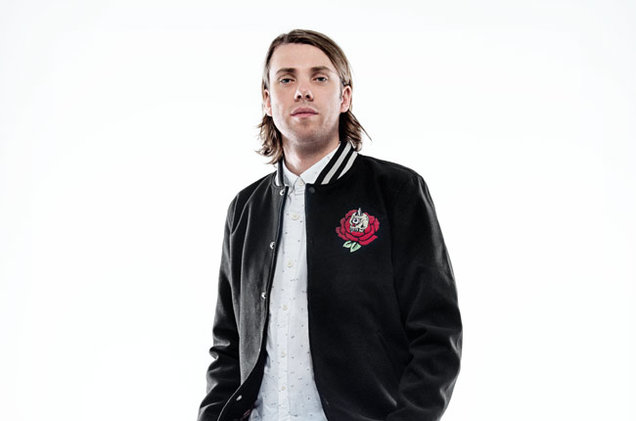 There are so many landmark acts that have made an indelible mark on dance music over the years. Few artists have been lucky enough to be influential and impactful for a decade or more. Bingo Players is one of those acts. Well known from house classics such as “Mode,” “Buzzcut,” “Rattle,” and “Knock You Out,” Bingo Players have not only made a mark with their songs, but also with how Maarten Hoogstraten has kept the Bingo Players going since co-founder Paul Baumer died of cancer in 2013. We got to talk to Maarten before his show at Exchange Los Angeles this month.

Hey Maarten, thanks for always being a great guest of ours. Tell us what you’ve been up to over the past year?

“Producing a lot of music, the last few years have been really slow with producing, I did 2-3 songs each year. This year I was like, man, I really have to step up my game and release more songs. I took like 2-3 months off earlier this year and I’ve already released like 4 or 5 songs and more stuff is coming. For me it was really important to step up the quantity of songs, not to lose any quality, but to get my music out more and show people what I’m about. That’s what I’ve been up to the last few months.”

You just released a pair of new singles, “No 1 Disco” and “Tic Toc,” tell me a little about each track?

“So ‘No. 1 Disco’ was actually a demo that Paul and I made like 2003 or 2004, even before we started as Bingo Players, just for fun. We played it live somewhere and someone recorded it and put it on YouTube. People were asking what is this song, release it please please. And we were like, we’re not sure, it’s just a demo, whatever. Going back listening to demos last year, I was like, wow this melody still sounds really cool, maybe I should rework it and release it. So that’s what I did and some people were like, oh finally, after 10 years this song is coming out. That’s the story behind ‘No. 1 Disco,’ and some people are probably like, what is this, it sounds like an old Bingo Players record, and, it is. I had a lot of fun working on it and people seem to enjoy it as well.

The other record, ‘Tic Toc,’ I met these guys (Oomloud) from the same town where I live and they had some demos and I was always like this sounds cool. And then they showed me ‘Tic Toc’ and I was like, wow, this song is something different. They had a clock ticking in it, a bit like ‘Ping Pong,’ from Hardwell and Armin van Buuren, and I was like this needs a vocal. Sometimes maybe people think it’s cheesy, but I was like, this record needs this. And I was thinking about the Slick Rick and Doug E. Fresh record, ‘Tick tock you don’t stop,’ so I put the vocal over it and I was really happy with it and the guys as well, and we just released it.”

Summer is upon us, tell us what festivals we’ll see you at, and where you’ll be touring this summer?

“We’re staying in the U.S. for a week after this show and then I have two weeks off, going on holiday. It’s really unconventional for DJs to go on holiday in the summer, normally everyone takes holiday in January, but I have a family so I have to do it. After that I’m coming back and we’re doing a lot of shows in Europe, we’re going to Spain, Greece, Italy, Hungary, a lot of European shows and festivals over there. In Europe, winter sucks, everywhere it’s snowing or raining or worse. In the summer, once the sun comes out, all the places and beaches open up and we’re going to those places. I’m really looking forward to Greece this year, we’re doing a show in Mykonos. It’s like Ibiza, it’s like an island outside of Greece, it’s something special, it’s like you’re stranded on an un-populated island in paradise. It’s hard to get there, you have to take two flights from Holland to get there, but once you’re there it feels like you’re on another planet, but I’m looking forward to that.”

It’s been a couple of years now that you’ve been doing Bingo Players as a solo act, how do you feel you’ve evolved as an artist over that time?

“Well, I don’t know, the thing is when I was with Paul in the studio, he was great instant feedback, whenever we were making a song he could instantly tell me, no, no this isn’t right. He was more the visionary, the concept guy, I was more the technical guy. So for me, it was hard, especially in the beginning to make a song and not having anybody tell me it’s going the right way or the wrong way. I had to send the music out to friends or to my management and they could tell me if it’s cool. So I miss that, but I think in the last few years I started to pick it up again by myself, and I’m always thinking about what Paul would have said. I learned so much from him and I try to keep that memory alive, that’s on the producing side. On the DJ side he was always the guy that entertained the crowd, MCs, I was more the guy fiddling with the knobs, making sure nothing goes wrong in the booth. I met this guy a couple of years ago (MC Iceman), and he’s great with entertaining the crowd, so I’m really happy that our paths crossed. We somehow got together and I don’t have to worry about hyping up the crowd and I only have to focus on playing the music.”

Check out Bingo Players’ new tracks “No. 1 Disco” and “Tic Toc” below.