This past weekend, Escapade Festival touched down in Ottawa, Canada and was faced with an unfortunately timed and severe storm that affected the lineup and staging of the festival itself. Due to heavy rain and lightning, the festival was shut down for several brief periods and eventually shut down the main stage entirely, forcing attendees and artists into two other areas of the festival, Aberedeen Pavillion and the TD PLace Arena.

While many attendees feel that the festival should have cut their losses and cancelled, giving refunds, the official statement put out by Escapade yesterday shows just what forethought and problem solving went into the ultimate decision.

Rather than rob attendees of an experience altogether, they managed to pull resources and establish a contingency that allowed artists to perform for fans in a diminished (albeit still fun) capacity, while attendees were still able to see some of their favorite artists perform.

On Sunday, around 1 PM local time, Escapade made a post saying that refund information would be posted later in the week. That post was removed and reuploaded, with the line about refunds missing. Many people became enraged at the festival’s misleading intentions, though no specific information about refunds was ever given. 3 hours later, Escapade announced that they had come to an agreement with TD Place, OSEG, Ottawa Police and Paramedics, and the City of Ottawa to extend working hours and move artists so that fans could still enjoy a bit of the festival, and also gave updated set times.

Based on fan reaction and the actual implementation of the secondary plan, it seemed like a lose-lose situation for the festival from the start of the inclement weather. Thousands of people still managed to see their favorite artists, however, many were unable to enter either replacement area due to obvious overcrowding meant for a main stage.

Escapade has a responsibility to respond to the hundreds of people, especially those who paid extra for VIP tickets and were actually unable to even enter TD Arena or Aberedeen, who are calling for at least partial refunds.

You can read their full statement below. 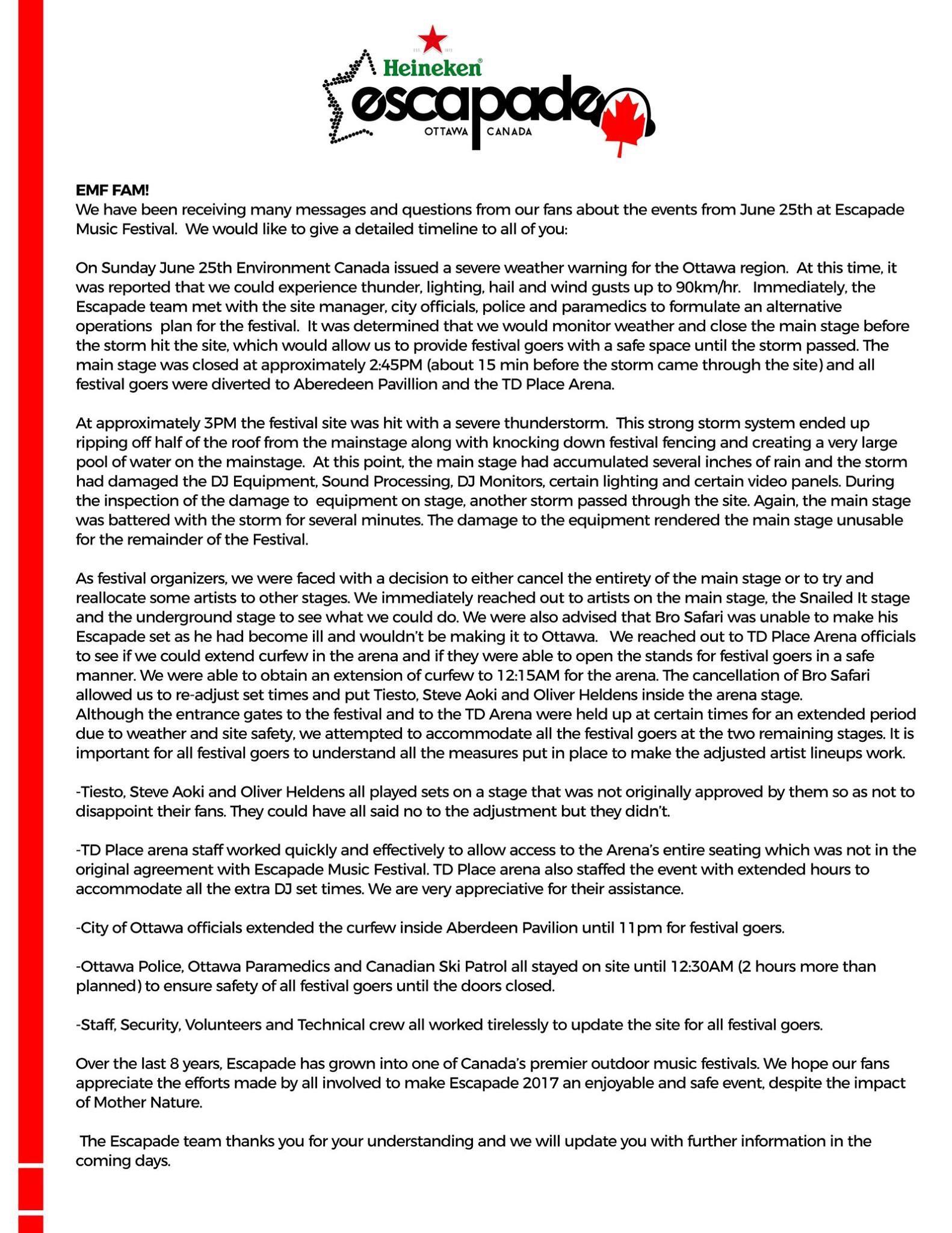