The barebones performance, bereft of any of Zhu’s typical fanfare (e.g., veils, heavy masks, accompanying musicians), was held in New York where Zhu played a 4-hour set. There was one rule: wear all black.

Of course, there always has to be one person who tests the limits, and thankfully, this event was caught on camera.

Someone decided to come to the show wearing a white hat. Following Zhu’s instrumental intro, he stopped to address the crowd and point out the man to the crowd, who then proceeded to begin chanting “kick him out” while grabbing at his hat until the man was essentially forced to leave.

From what we know, the show then proceeded as normal afterward.

Let this be a lesson: EDM artists take black very seriously – especially when it’s a precursor for attending the party.

Tickets the day of the event were going for upwards of $450 on StubHub, which is pretty insane. 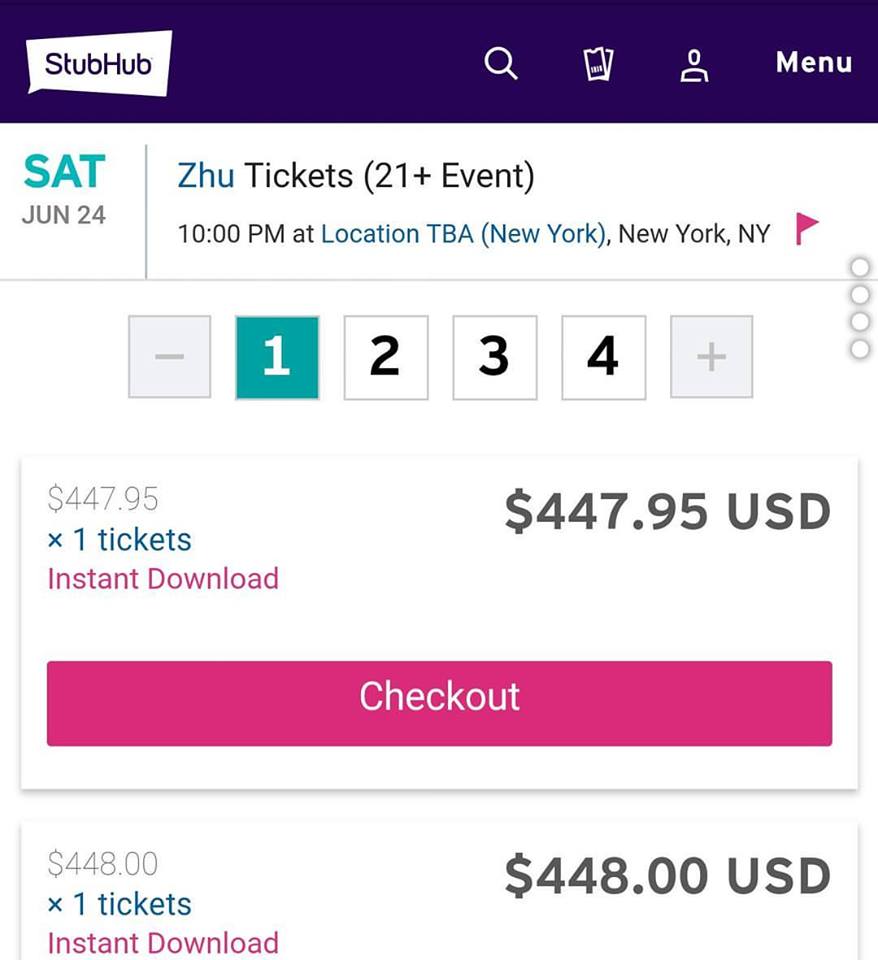 Your EDM Premiere: Greg Gatsby – I Got You (Feat. J Allen)