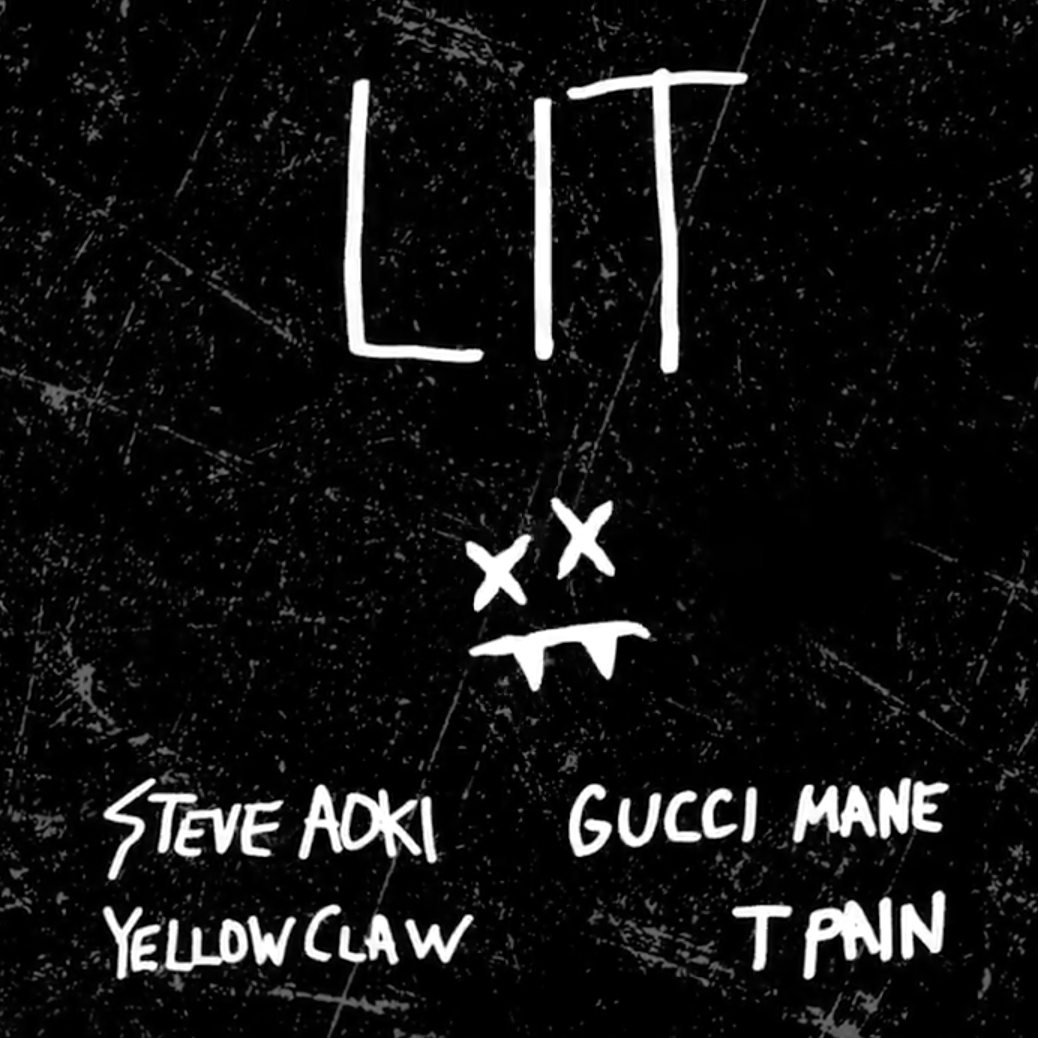 “Lit” is hella lit from the get go, as the nostalgic, auto-tuned T-Pain jumps in as a hype man and seamlessly passes off the track to Gucci Mane for the first verse, then back to T-Pain just in time for the build into a straight up nasty drop. Even without vocals from a couple of the biggest rappers in the game, “Lit” goes hard as Steve Aoki and Yellow Claw find their stride, working in layers of some of the most ratchet sounds we’ve heard.

The story behind how this collaboration went down is just as outrageous as the track itself… Aoki told XXL:

“T-Pain was in Vegas and I was FaceTiming him until he woke up and I got him to come over my house and jump in my pool, it’s kind of initiation. After we were having fun, I played him the beat and he’s wildin’ out. I got him in the booth and gave him an idea of the songs I’m going for. I kept singing ‘All I Do is Win’ over and over again and then he came up with this hook, T-Pain style. He sings a Queen line and I’m like, we’re never going to get this cleared. But he got it cleared, it was fucking crazy. Then we said we need to get Gucci on this, it will be sick. I sent it over to Gucci’s camp and he loved it and he did his thing and then Yellow Claw touched it up.”

And, that’s how “Lit” things are made…