by Your EDM Staff
in Events, Featured, Lineup, Tickets

San Holo will be bringing along fellow flagship bitbird artist DROELOE as direct support on his tour. The two artists recently released their collab, “Lines of The Broken (feat. CUT_)” which currently sits at over 3 million streams on Spotify. He’ll also be bringing the Australian phenom Just A Gent.

As A&R of his own creative record label bitbird, San has established an acute ear for signing under the radar talent which has resulted in an evolving signature sound for the imprint. Having discovered talents such as Taska Black and DROELOE through SoundCloud, he’s since taken them under his wing, helping them build momentum within the blogosphere and bringing them out to perform with San on tour and at bitbird label nights.

San’s last North American tour was a huge success, selling out shows all over the US.

His upcoming tour will only be more exciting, and his success in North America is only further promise of the places elsewhere he’ll be bringing his show soon. 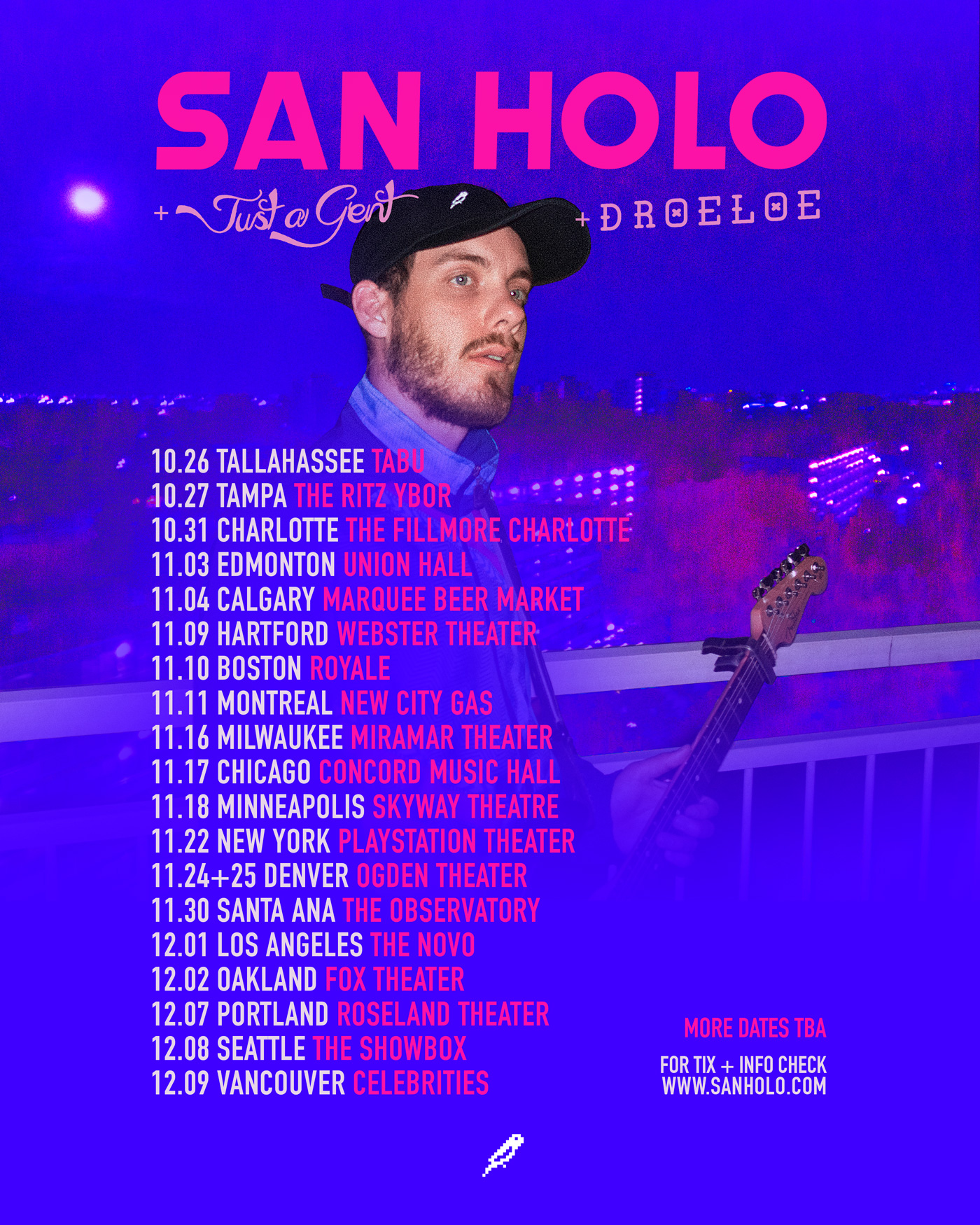