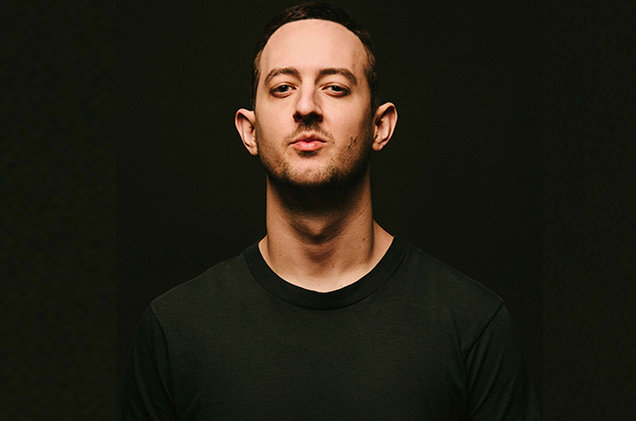 Hard to believe it’s been almost six years since Wolfgang Gartner released his landmark debut album Weekend in America. Coming to fame during the same time that deadmau5 and Skrillex were starting to bring EDM to the masses during the late aughts and early teens, Wolfgang helped usher in a new era of dance music. Wolfgang, real name, Joseph Youngman, made his debut at Los Angeles’s top club, Exchange, two weeks ago. We got the chance to sit down and talk to Joey about his career, how his production style has changed over the years, and why he’s happy to take upon a lower profile in the dance music world.

You’ve been around a long time, and you kind of went away for awhile, when the big EDM boom happened. What’s your take on that and what’s it like to be back now? I think a lot of people are happy about that.

“I went off the map in 2015, it was for one year exactly and I came back in 2016. The main difference coming back is before I was averaging about 120 shows a year. Some people you hear about, like Skrillex, I think maybe Aoki is another that does 300 a year. So that may not seem like a lot, but 120 shows a year, you’re gone from your house for 200 days a year because of travel days. And for me, it’s not really a sustainable thing long term, so the big difference now is I’m playing a limited amount of shows, I’m playing like 30 shows a year. And it’s so much nicer on pretty much every aspect of my mental and physical well-being. And it allows me more time to make music, which is something that is my true love, and something I really got into this for. The big difference is finding a balance between making music and playing shows. Luckily I got to a place where I didn’t need to tour for 120 days a year anymore just to have a career. I’m lucky that I’ve gotten to this place.”

Now that you have achieved that life balance, how do you feel that’s benefitted your music style and production recently?

“Well, recently, is interesting, because nobody’s heard what I’ve been doing recently. All people have heard is what I’ve released. I kind of got back into my roots, which is not electro house, but more like disco, funk, straight up house stuff. I started getting back into that last year with the John Oates collaboration ‘Baby Be Real’ and ‘Devotion,’ those were all kind of housey tracks. And I guess I just went back to a little bit more of my roots because I felt a little bit freer to do that. And lately I’m honestly experimenting with some completely different type of stuff, that’s not at all like anything I’ve ever released before, I don’t know how much I should say about it besides that…I can’t really play it in this type of a set. I would say it’s basically a little bit more radio friendly than the stuff I’ve done in the past, people will hear that eventually.”

Is that something’s that’s exciting for you?

Did you find that you were getting tired of making the same thing or you were stuck in a rut?

“No, I don’t remember what the impetus was, to be honest, this year especially, I’ve noticed that the audiences, crowds and listeners in general, they weren’t really stuck on the whole 120-128 BPM, they aren’t stuck on the dance element of music anymore, they’re more interested in the electronic element of music. So, as far as the acronym EDM is concerned, I would say electronic music is becoming more prevalent now, and the dance aspect of it is less important to people. They don’t necessarily need to be able to dance to it, they just want it to have some kind of electronic element and type of noises. So, that’s kind of what inspired to me to start messing around with different stuff. I realized, I don’t need to be handcuffed to a 128 BPM beat anymore, all the time at least.”

I know you’re from San Luis Obispo, do you still spend anytime up there?

“My family lives up there, my parents and my sister. I go a few times a year, and it’s just a visit. We’ll go for vacations and stay a couple extra days, because it’s paradise up there, I want to retire there for sure.”

Do you feel there’s something about growing up in that kind of small, but very nice, outdoorsy environment that inspires artistic people?

“I don’t know about that. I was lucky in that, when I grew up in the rave scene in San Luis Obispo it was 1995-1997, and there was a huge warehouse rave scene in that city. DJs coming from all over the place, there were raves every weekend, in the bush, out in the middle of nowhere. Everybody brings speakers, renegade shit, that’s what I grew up on. And it was thriving, we had a record store, they sold the clothes, the JNCO jeans, this tiny little town. When I was 14-15, that was huge there. So, I was lucky to come in on that wave and experience it.”

We’ll see what Wolfgang has in store for us. Wolfgang dropped one of the best sets I’ve ever seen at Exchange, and I’m glad I got to see a legend do his thing. Listen to Wolfgang’s latest single “Find a Way” featuring Snow tha Product below.