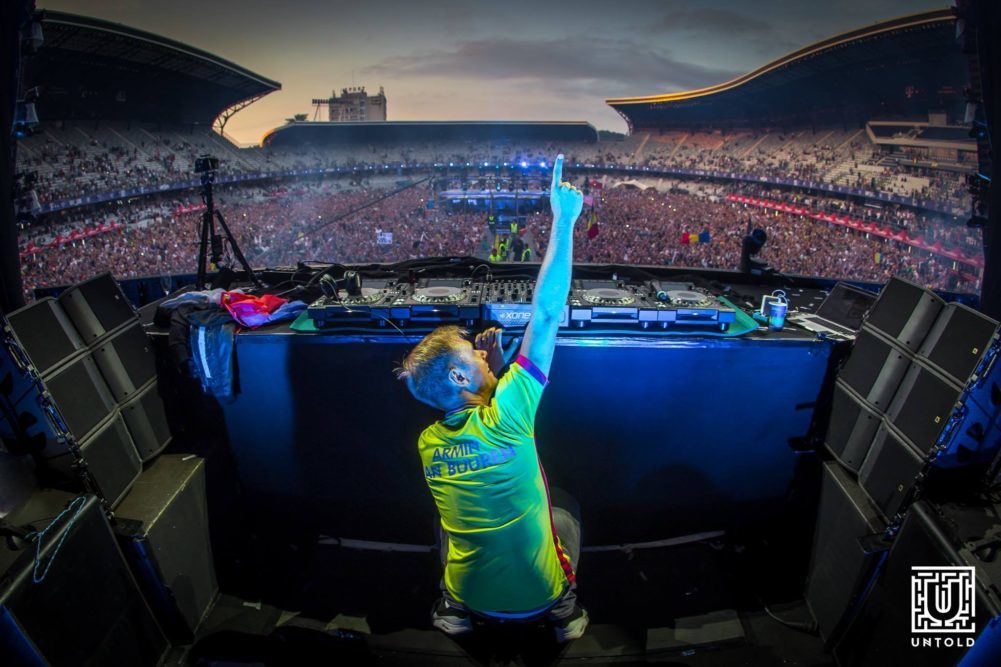 Armin van Buuren is an absolute beast when it comes to live performances — case & point, Untold music festival in Cluj-Napoca, Romania over this weekend.

For the occasion, a typical one or two hour set wouldn’t have sufficed. Even his three-hour time slot just wasn’t enough for the iconic dance music producer. Nah. He went a total of five hours, each crazier than the next, going from the deep of the night into the thick of daybreak for Untold.

The endurance he must have to make it through that type of performance is unbelievable, but it’s nothing compared to the six or even seven hours he’s done before.

And, if you’re wondering what an all-night Armin set looks like from the crowd, it’s something like this: