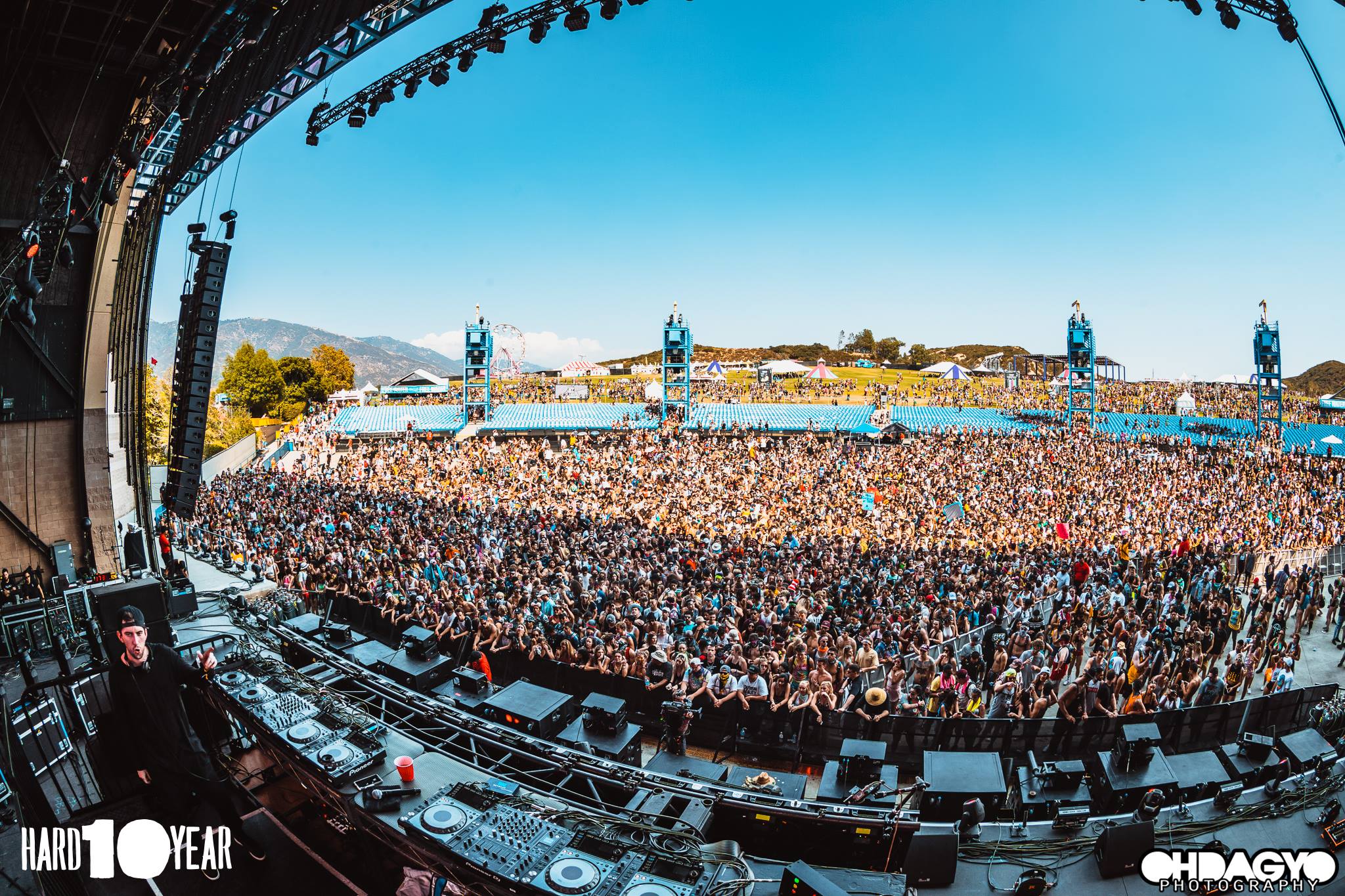 For this year’s 10th anniversary of HARD Summer Music Festival, the event moved further northeast to the Glen Helen Regional Park, rather than last year’s location at the Auto Club Speedway in Fontana. The move seems to have bore positive results, as arrests and hospitalizations were way down this past weekend.

Compared to last year, this year saw a drastic decrease in arrests: 325 for 2016 and 107 for 2017, across the weekend. Hospitalizations were also down to a total of 19 this year – no doubt in part to the many, many free water and cool down stations, which were positioned everywhere across the venue.

The Sheriff’s Department did not provide any information about the conditions of any patients.

Of the 107 arrests, 45 were made by personnel from the San Bernardino County Sheriff’s Department; the offenses included public intoxication, possession and sales of narcotics, and outstanding warrants, according to two separate sheriff’s news releases.

Three people died at last year’s event, sparking widespread concern about the festival. The Auto Club Speedway was particularly rough on festival-goers as it was held in August, during the day, on asphalt. This year, the majority of the venue was grass, and Live Nation and HARD worked hard to make sure that water was available at all times. Compared to year’s past, the lines for water were down by a considerable amount, even during peak hours.

So far, no deaths have been reported.