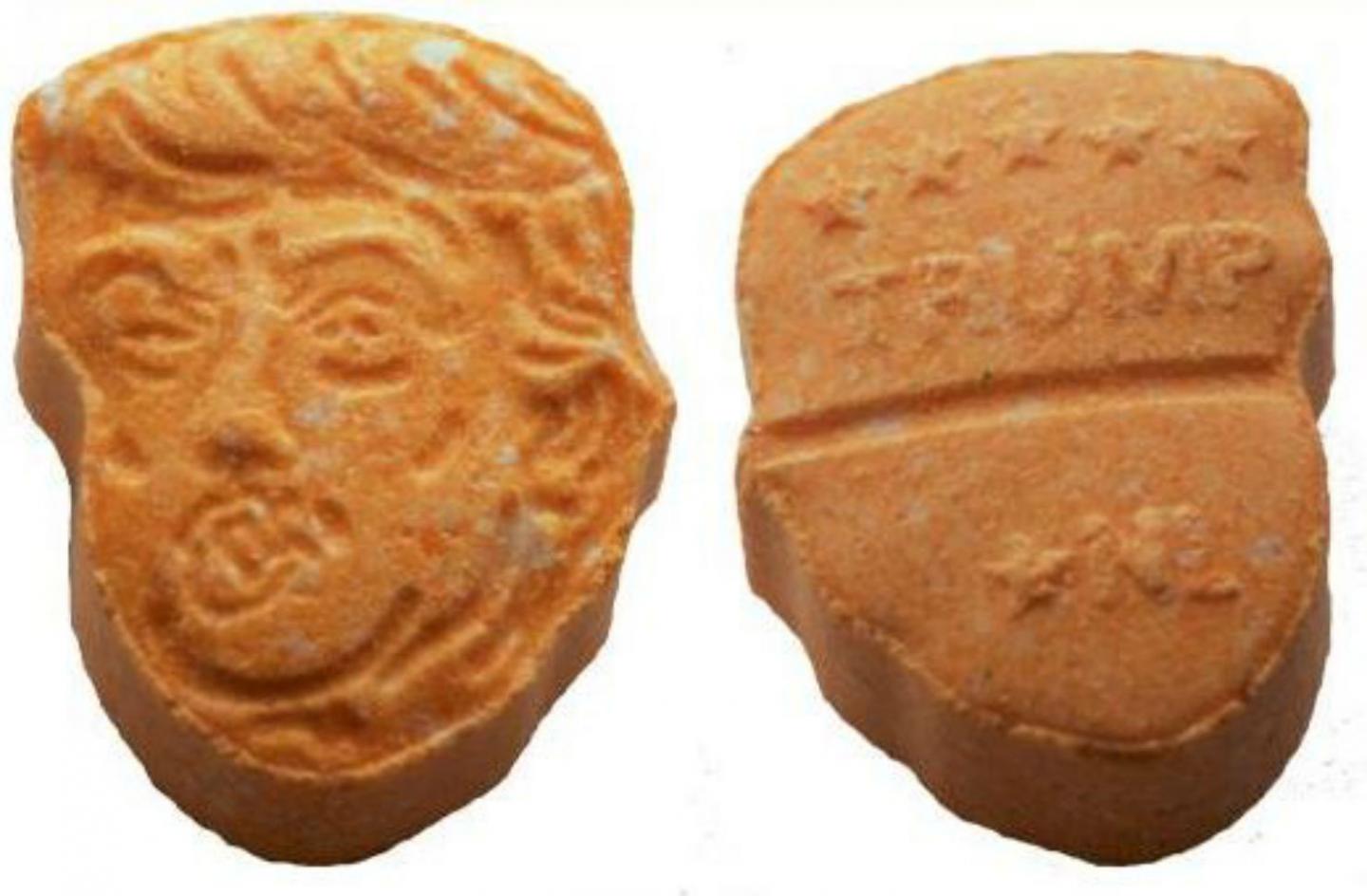 President Donald Trump‘s mug showed up on highly detailed and reportedly potent pressed pills across the dark web this summer, and by no surprise became a hot commodity in the party scene. But, these flashy orange tablets that strikingly resemble the leader of the free world also became a huge target for law enforcement.

Police in Osnabrück, Germany found thousands of the Trump-shaped pills Saturday night in the back of a van which belonged to a 51-year-old man from the Netherlands, where the illegal drugs are suspected to have originated. He and his 17-year-old son on the ride-a-long were both arrested and a substantial amount of ecstasy was taken off the streets.