by Karlie Powell
in Events, Featured

Ultra Worldwide‘s RESISTANCE brand is kicking of a massive tour across the globe and the lineup is absolutely fire!

The RESISTANCE – Fall Worldwide Tour 2017 is set to touch down in 11 different countries over the next two months and it will be taking the legendary Arcadia Spider along for the ride. Debuting in Córdoba, Medellín, Mexico City, Shanghai, and the The United Kingdom, the RESISTANCE movement also confirms 10 solo shows between Asia and South America for 2017. That’s a lot of ground to cover.

Join the RESISTANCE! Go to resistancemusic.com for more info! 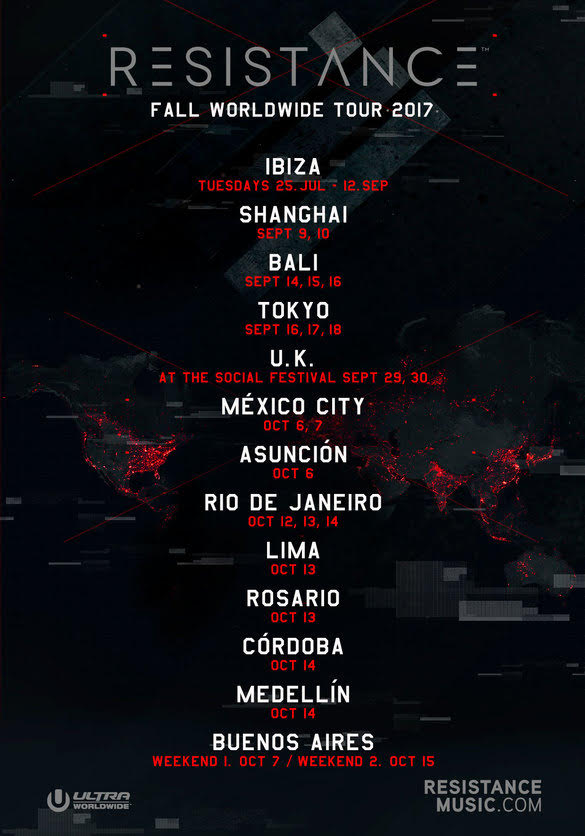 Martin Garrix’s “Pizza” Is Finally Out!

Martin Garrix's "Pizza" Is Finally Out!