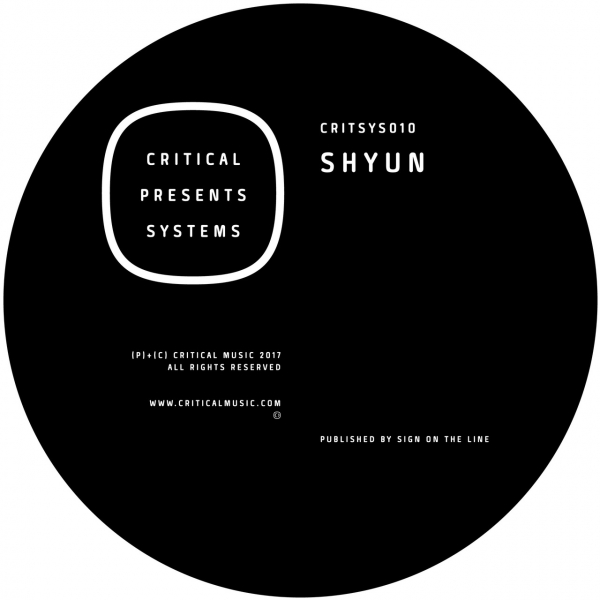 Did you ever wish there was a nuerofunk version of “Spoonman” with synths that sound like a chainsaw? Were you hoping that such a creepy track would be released in time for Halloween 2017? If so, you’ve got your wish, lucky reader. The creepy fantasy track in question is “Digital Circus” from Shyun on his first solo release on Critical Recordings, Systems Vol. 10, an EP with three other equally techy and creepy tracks which are both technically clean and the mental equivalent of sticking one’s hand in a blender.

Shyun has gained a lot of critical and peer acclaim for his dark yet wacky beats since his track “Unfold” released on Critical’s 15 Years of Underground Sonics compilation in May. He’s featured twice on Noisia radio since then and has also done a mix for Rinse FM under Critical. Now it seems Kasra and Critical have given him full backing from the label for this EP, which features a collab with Cruk as well as a snappy track called “Circles” featuring the ubiquitous-as-of-late Charli Brix on vocals.

All the tracks on Systems Vol. 10 are, in fact, snappy, but that’s really the only thing they have in common. each one is quite clearly Shyun’s style but they all differ heavily in beat structure. “Digital Circus” is a steppy yet sparse neurofunk track while “ZigZag”is a halftime grinder with heavy sampling. “Circles” with Charli Brix is an interesting mix because Brix’s voice just screams liquid jump up, but Shyun manages to temper that with some off-beat syncopation and snarling sub bass which must have been difficult to put together with the pop structure of the vocals. “Sentry” on the other hand is so steppy it almost crosses the line into jump up. Almost.

Shyun is definitely one to watch in the upcoming year, as his style is unique, different, and at times terrifying. Now that Kasra has got a hold of him there’s no telling what this young neuro genius can do. All the tracks from Systems vol. 10 are available to stream on Shyun’s Soundcloud or on Spotify. Purchase is available on a number of formats by clicking here.