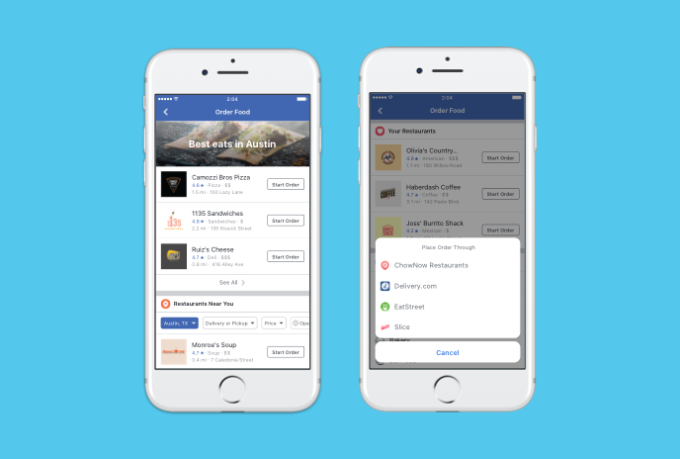 Facebook Launches New Feature For Ordering Food Within The App

In its ever-ongoing quest to literally conquer the social media and web app market, Facebook has officially launched its ‘order food’ feature today across the US. However, in antithesis to its previously vicious market tactics, Tech Crunch is reporting that it will actually be partnering with many existing food delivery services including “EatStreet, Delivery.com, DoorDash, ChowNow, Olo, Zuppler and Slice.”

Not included in that list: UberEats, Grubhub, or Postmates.

The function can be found in the Explore menu in the Facebook app, under “Order Food” (obviously), where you can then browse restaurants in your area and order what you like. Orders can be placed for either take-out or delivery.

It does seem that an account with Delivery.com is required for this function.

Go ahead and test it out today!