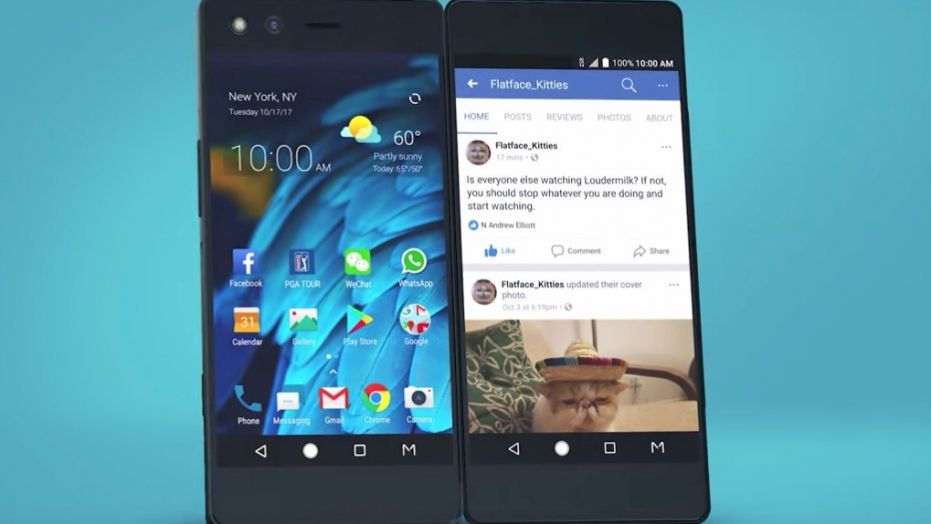 The first iPhone was released in 2007, meaning that for the past decade, smart phones have been basically the same. Bezels have shrunk, hardware and software features have been updated, metal and aluminum casings have transitioned to glass… but the basic look of a smart phone has remained stagnant.

Rumors of a “bendable” Samsung phone have already hit the internet, and now news of a new kind of flip phone from ZTE has come out. ZTE, a Chinese manufacturer, has announced the Axon M, which, instead of folding in like most traditional flip phones, folds out to reveal a second touch screen. In essence, it will turn your 5.2-inch Android smartphone into an impressive 6.75-inch tablet.

Because this is not a common feature in most Android phones, not all apps will work perfectly. Android already supports split screen in a number of apps like Google Docs, Photos, Chrome, Maps, Gmail, Facebook, Twitter, and Pandora, but for others, the experience will be less optimized.

Because the phone flips back and forth, there’s no need for a front- and rear-facing camera. Instead, you get one 20 megapixel camera that can be used as both! It also comes with 64GB of storage (expandable up to 256GB) and 4GB of RAM running on top of a quad-core Qualcomm Snapdragon processor. Perhaps best of all, it still features a headphone jack; a fingerprint sensor is also built in.

ZTE's Axon M has two screens and a hinge

This dual-screen device is reinventing the flip phone.