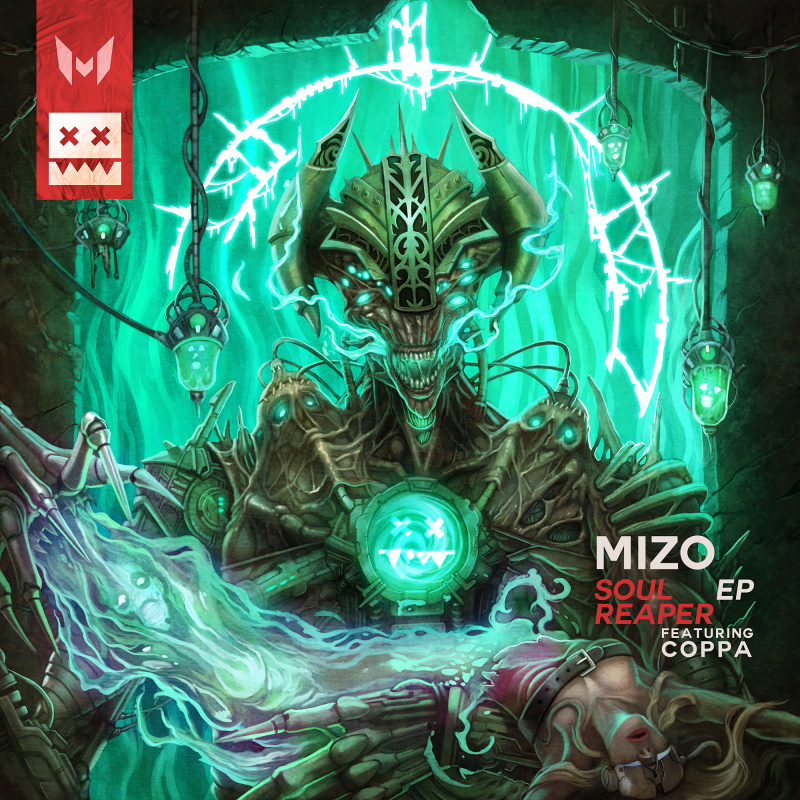 New Mizo EP on EatBrain is Straight up Darkstep and Techstep

The most recent EatBrain release by Russian producer Mizo is out now, called Soul Reaper. Mizo is as yet little-known in the U.S. but with this EP he’s likely to turn more than a few heads stateside. EatBrain are of course known for their neurofunk, and some of the chunkiest and gnarliest neurofunk, mind, not to mention some of the most gruesome album art in the biz. With the release of Mizo’s new EP, however, there’s something that needs to be made clear: this is a darkstep and techstep album.

Neuro, yes, before it gets too controversial and hair-splitty here, there is still plenty of neurofunk in Soul Reaper. “Unreality” is a particularly fine example, as is split. Tracks like EP opener “Montage” and the title track, however, are firmly in the wheelhouse of techstep and darkstep. This is, of course, not a bad thing. For at least the past year, producers in the UK and on the continent alike have been talking about how to bring the funk back into neurofunk, with almost as many different opinions as there are types of dnb at this point. Many producers have been looking back to the dawn of and even precursors to neurofunk. Enter: techstep and darkstep.

It’s pretty clear by tracks like “Montage,” with its extended amen break intro and Vsnares-inspired snares that Mizo is a fan of the classics. Tech Itch and Decoder, Skynet and Loxy and Ink all spring to mind when listening to this track. The difference between something like “Montage” on this EP or “Unreality” or even album closer “Split” and what’s other producers have been doing recently with their neuro to make it a bit more “funky” is that Mizo hasn’t just used an few elements of these darkstep and neurofunk originators, but he really has made a few full and complete darkstep or techstep or “old school neurofunk” tracks. This means the composition sounds the same and even the tehcnique and technology is, if not actually done on old equipment like MIDI controllers and 303s, is a genius-level software dupe. Skynet might want to have a look at these programs if it is a dupe.

To be clear: there’s nothing wrong with going back all the way to techstep and darkstep for inspiration. Most neurofunk fans worth their salt will welcome this take on neuro, taking it back to funk and bringing in really dark and techy vibes which follow the beat rather than focusing solely on sound design. That said, let’s call a spade a spade: Mizo’s Soul Reaper on EatBrain is a brilliant darkstep, techstep and vintage neuro release, and hopefully this writer’s brain will be spared for saying that.

Soul Reaper by Mizo is out on EatBrain now on Beatport exclusive, to be released on all outlets October 30. Pay special attention to “Sink” feat. Coppa.