The official rankings for this year’s DJ Mag Top 100 will be announced tomorrow, but an alleged “leaked” ranking has been making its rounds on social media in the past day or two.

A couple days ago, we put out our own prediction of what this year’s top 10 will look like, but if this “leak” turns out to be real (which we don’t believe it will) then this will be the biggest shakeup in the history of the top 20.

The apparent leak puts Martin Garrix at #1 once again, but that’s when any semblance of normalcy is thrown out the window. It has The Chainsmokers at #2, moving up 16 spots from last year. Hardwell will remain at #3. Don Diablo moves from #15 all the way to #4, Armin van Buuren moves one spot down to #5, Dimitri Vegas & Like Mike drop four places to #6, and so on…

There are a few reasons we believe the leak to be fake.

One reason is the particular photos used for the DJs – they’re either outdated or exact repetitions of last year’s images. There’s no way that artists’ management would approve some of these photos, based simply on our own dealings with them. One caveat to this is Skrillex’s image from last year, which his management have asked us to stop using in the past, so it’s not absolute evidence against the leak’s legitimacy.

Another reason is the placement of various DJs on the list: we love Robin Schulz as much as the next guy, but moving from #69 last year to #12 this year would rival the “highest climber” title of Swanky Tunes last year (who moved up a staggering 70 spots). For KSHMR to actually move down a spot, after the stellar year that he’s had, is rather unfathomable. Alok wasn’t even in the top 20 last year, and putting him ahead of DJ Snake, Axwell Λ Ingrosso, Oliver Heldens, and W&W is similarly unthinkable.

Everything considered, it just reeks “fake.”

Ultimately, we won’t know the official results until tomorrow, where we’ll be monitoring the results in real time. Check back with us then to see what all of this is about. 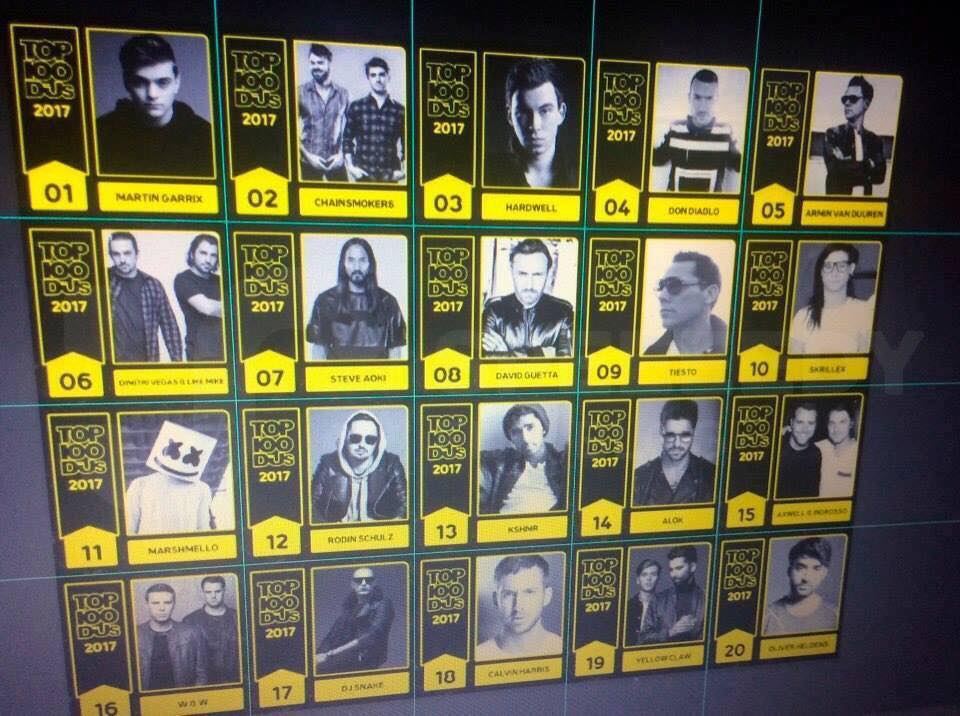