On the Heels of Their 10th Release on Their Own Label, The Prototypes Discuss Vocal Tracks, Rave Politics and DnB’s ‘Levelz’ [Video]

The Prototypes, a Brighton UK duo comprised of Chris Garvey and Nick White, have had a lot to celebrate lately. The duo have been in the drum and bass spotlight since they formed in 2000,having released with the likes of Viper Recordings and Shogun Audio, but last year they began their own label called Get Hype Recordings. Just over a year since opening, Get Hype have put our releases from Malux, Bladerunner and Glitch City, not to mention their own releases, of which their new track “Levelz” is number ten. They’ve also just accepted a residency at Fabric London and will be touring extensively through the end of the year, so it’s safe to say it’s been a good one for these Brighton boys since founding Get Hype.

The Prototypes have seen a lot of things in happen UK rave culture since they began in this scene, and they have opinions as strong as their heavy, bold tracks. On the heels of the single release and video for their tenth Get Hype release, Chris and Nick sat down with Your EDM to talk about the video new video for “Levelz” released last week on UKF, how they make such powerful tracks and, as new residents to the most famous club in drum and bass, how they feel about the past and future of rave.

“Levelz” is already your tenth release on the new Get Hype label since founding it. How do you decide which of your own tracks work well for the label?

Chris: You know when a tune is right, it just flows. You forget about the mixdown and start enjoying all the little tiny details you’ve added because as a track it’s got to the point where you don’t hear mistakes anymore and you just start hearing the music. “Rocket Guns Blazin’” was the perfect tune to open the label with because it says exactly what our intentions were and still are for the label; big, loud, proud and electronic.

How did you decide to make this track your commemorative tenth?

Well with the big video we have coming with the track it just seemed like a great time to do it . There aren’t too many videos in the dnb scene at the moment so it was a great opportunity to couple the two occasions together and shout about it.

What kind of aesthetic do you look for when shopping other artists and tracks for the label?

We have actually just signed two new artists to the label, but that’s a secret for now. We definitely want artists to have their own style and be progressive production-wise. The crew that we are building now has an incredible dynamic sound and it’s defo gonna make people stand up and take notice.

Mad Hed City definitely gives a unique sound to this track. How did you come to work with him on it?

Nick: We did a track with him called “Pop It Off” back in 2015 and it did really well so we just had to get back together and do something new. He is such a huge talent and 2018 will be the year that everyone stands up and takes notice of him.

Chris: Kerwin (Mad Hed City) brings huge amounts of style with him, and I think when our heads meet we create something we wouldn’t be creating otherwise. I think that’s the same for him, a sound comes together.

The track itself has a very cinematic and dramatic edge to it. Did you come up with that aesthetic before you had Mad Hed City come up with the vocals, or did you tailor the track to him?

Chris: I’ve been getting into film music pretty seriously for a while now. I love epic music, I love a big soundscape and sounds that sound huge. It’s taken me a while to understand the difference between a sound sounding big and a sound that is actually big in a way that correlates properly onto a big system. Nick played me a few grime tracks for influence and I made the intro sound from a collection of different orchestral sample libraries I’ve been collecting. We had a new vocal from Kerwin to use and an old one which was recorded last year which we mashed together and “Levelz” was born.

Nick: Mad Hed has that great talent of being able to say anything and it sounds like gold. When we sifted through a large amount of vocals we found the “Ay you levelz” hook and we just built it around that together really. We produced the track around the vocal using a lot of grime and ragga influence – Its kind of a snap shot of where we are at right now.

The video is really cool and also cinematic but seems to be a nod to the old underground rave culture. What inspired you to bring in that kind of visual? Does it tie in to the label and the track being a celebration of the label?

Yeah. In an era where there’s a lot of female vocal and radio friendly tracks with kind of cheesy videos, we decided to flip it on its head and take it back to the 90’s where it’s dark, dirty & underground. 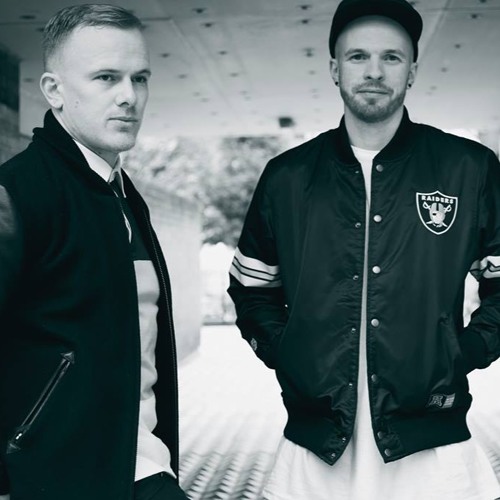 Did you relate the video to your new residency at Fabric London?

It could be kind of a nod to that. Fabric has always been about the music and we kind of wanted this to be the same: straight up dance floor business.

How did you get the Fabric gig?

We have a show with Fabric on the 8th of December 2017 that’s looking like it’s gonna do really well and then we were lucky enough to be asked if we wanted to do a succession of shows in 2018 where GET HYPE takes over the famous main room. We are incredibly excited.

How do you feel about the politics of everything that went down with Fabric and what do you see your role in the new era with the club back open?

Well when the club shut we thought we would never get the opportunity to play there again, let alone have a residency there. The whole thing in getting the club shut down was fabricated bullshit. Obviously we appreciate that two people tragically lost their lives but when you actually look at the context of the story it had absolutely fuck all to do with the club. The Police used it as an excuse to close the venue. If the government spent more money on drug awareness for the youth then we probably wouldn’t have this problem in the first place.

Aside from Fabric, you have a lot of other gigs coming up to close out the year and bring in 2018. Which gigs are you most excited about?

This past weekend we had Hospitality in Switzerland, then Warning Halloween Festival, Westfest and our very own Get hype show in Bournemouth which are all sick. Then its all over Europe until the end of the year including Get Hype Brighton on the 15th December. We also have a show in Vietnam on NYE’s day which is exciting.

Any more releases on the horizon for Get Hype or for yourselves on other labels?

Before the end of the year we have a huge remix EP featuring some great artists from many different labels in the scene and we have also some huge announcements to make regarding new signings.

Given the obvious love you have for rave culture based on “Levelz,” what’s one thing you think is important for new ravers and dnb heads to know about the music and the scene?

To understand drum and bass as a whole, you should educate yourself on the history of the culture. There is so much music out there that can be life-changing that many young ravers haven’t heard before.

“Levelz” is out now on Get Hype Records and can be streamed or purchased on Spotify and Beatport.

Your EDM Video Premiere: Violet Rose’s Debut Video Describes Through Dance How EDM Can ‘Turn Me On’ [Video]

Your EDM Video Premiere: Violet Rose's Debut Video Describes Through Dance How EDM Can 'Turn Me On' [Video]