The brains behind Dirtybird are bringing their legendary Campout season they’ve hatched in the west coast all the way to Florida for their inaugural East festival. With the new location and dates, the first phase lineup has also been revealed showcasing a variety of electronic music’s top dogs.

For the first weekend in February of 2018, St. Cloud, Florida, will be the hosting grounds for Dirtybird Campout East. It will star house and techno legends like Claptone, DJ Tennis, and Tiga. However, the three-day event also flexes other genre powerhouses like Craze, Mija, and Stööki Sound. The event is also bringing along Dirtybird’s faithful artists like Billy Kenny, Justin Jay, and J.Phlip as well as a performance from the Camp Counselor himself Claude VonStroke.

Giving itself a separate identity from its west coast counterpart, Dirtybird Campout East will be going for a vibe that combines the swamp-voodoo aesthetic with a mardi-gras party feel. The party will also be hosting an unprecedented sixty camp ground activities to bring the nostalgia of camping goodness back to life. From relaxing activities like making s’mores and catching stand-up comedy to more physical activities like archery, sack races, tug-o-war, and  kick-ball, all the events will have festival-camp goers competing for the famed Ironbird Trophy. And for those worried about missing television’s biggest event, Dirtybird Campout East has you covered with the wildest Super Bowl Party ever conceived.

If you want to check out one of the newest music festivals to hit the east coast, make sure to make your way for Dirtybird Campout East taking places February 2nd, 3rd, and 4th in St. Cloud, Florida. 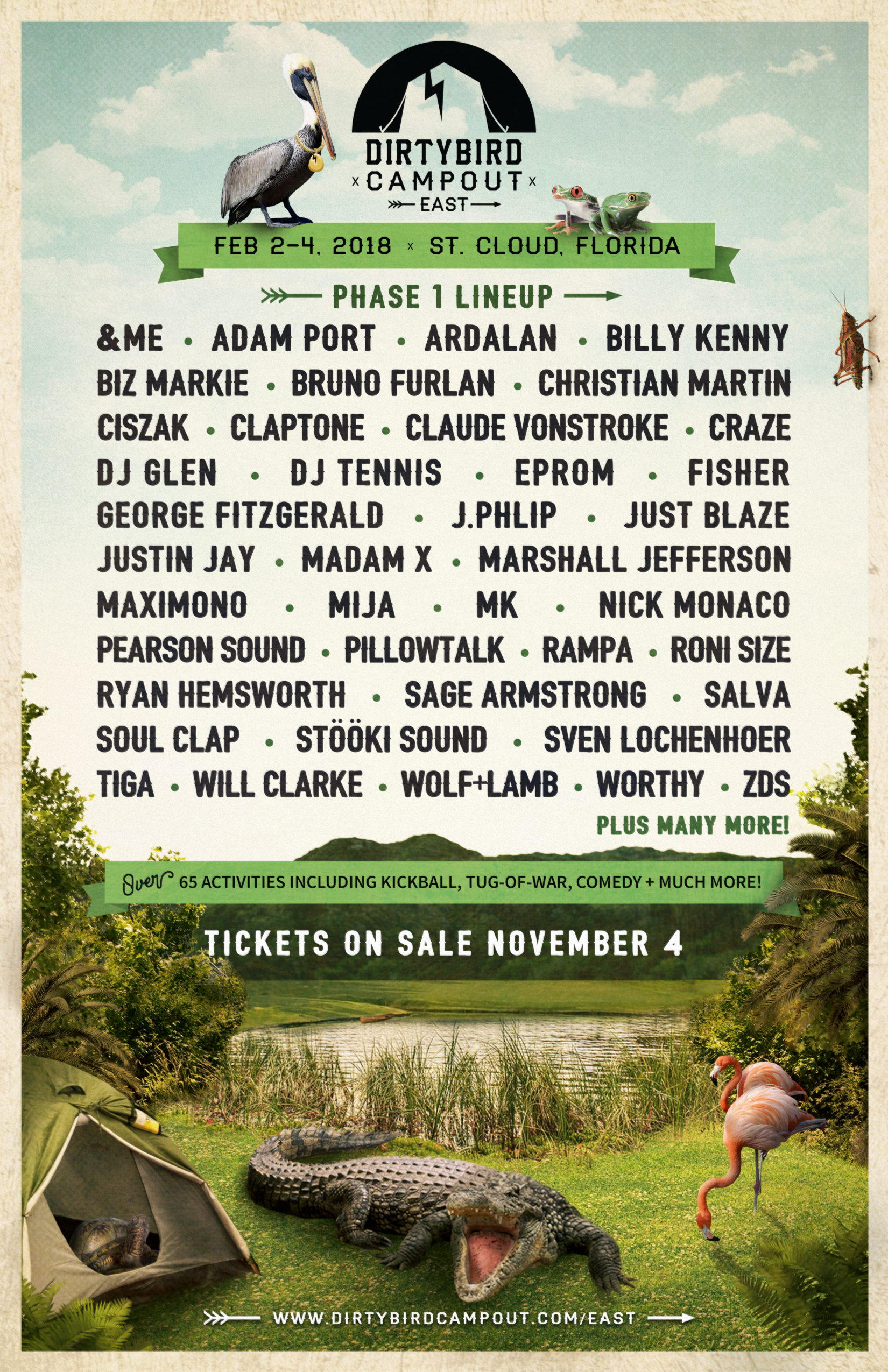 Check out the event and tickets that will go on sale November 4: dirtybirdcampout.com