The Road to Ultra continues as the first-ever Ultra Australia unleashes its superstar lineup of performers!

Headliners Axwell Λ Ingrosso and Afrojack have been announced, with direct support from KSHMR and Carnage — and plenty more acts including Andrew Rayel and DJ moe are down for the ride, too. Tigerlily B2B Mashd N Kutcher, Timmy Trumpet and Will Sparks will proudly represent Australia in their own homeland as this landmark event.

Ultra Worldwide first announced its plans to bring the premiere EDM series to Australia during the signature Ultra Music Festival 2017 in Miami. For months fans have been anticipating this very moment, and the countdown to Ultra Australia is finally here!

This Road To Ultra stop will go down under in Melbourne at the Sidney Myer Music Bowl on February 24, but tickets are available now (click here)… Don’t sleep on Australia’s first installment of Ultra! 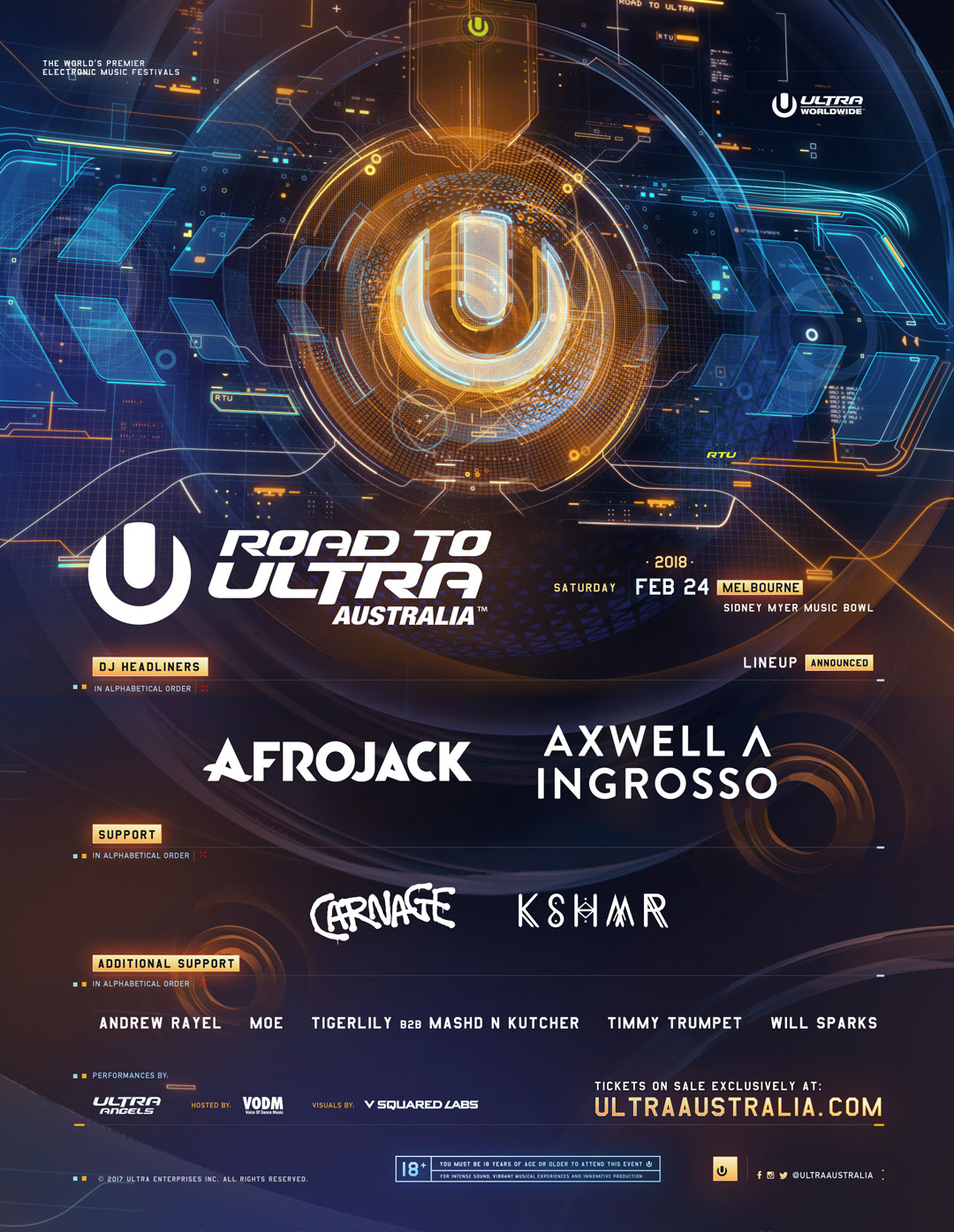