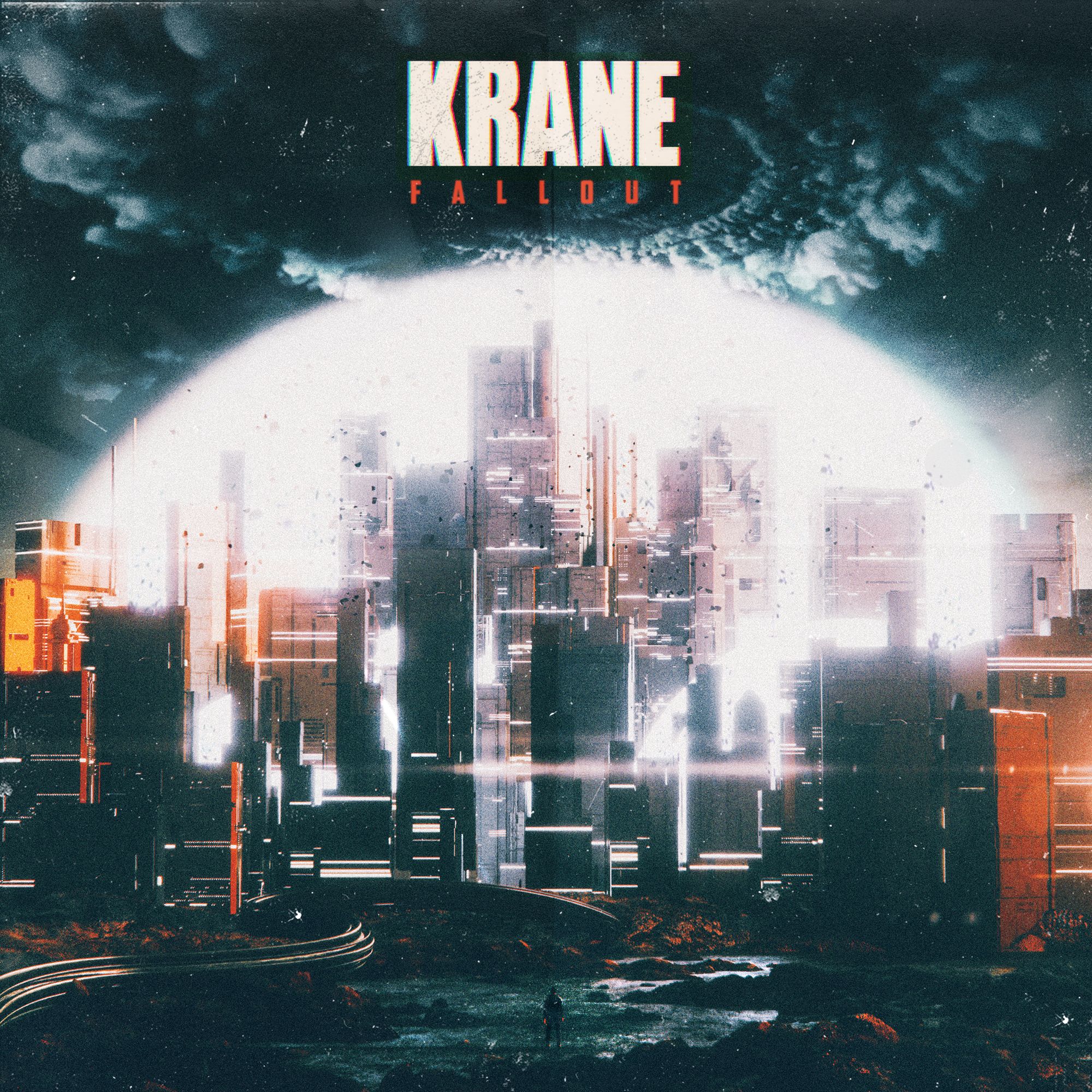 KRANE is nothing if not one of EDM’s golden children. The producer gained notoriety in 2015-2016 through his use of highly experimental and unique sound design, bridging the gap between unlistenable and innovative. All of that has led up to this, his debut album, Fallout.

Fallout is undoubtedly an album that will require many listens to really access the intricacies and subtleties lying within, but even from the first listen, standout tracks abound. Collaborations with the likes of Quix, Nolan van Lith, Slumberjack, MYRNE, Graves, and others are peppered throughout the album, augmenting KRANE’s sound and presenting something unique in each and every minute.

“Much of my personal sound and background, developed over the years of listening to and creating music, is represented in this album. It also draws widely from not only music, but also the aesthetics of movies, television and literature I love,” KRANE states. “But Fallout is as much a celebration of where my sound is today as it is a recognition that I will leave part of it behind now that this album is in the wild.”

Despite its relatively short length (a mere 31 minutes), Fallout is not what you would call an “easy” listen. Much of KRANE’s experimental and unique sound design is used to new effect in this project, presenting music in a way that many people probably won’t be used to. On the surface, everything is somewhat of a banger – large, booming kicks and those same kind of Eastern synths you might hear from RL Grime or DJ Snake. But each track tells a much deeper story that you would only recognize once you align yourself with KRANE’s dark frame of mind.

“After putting together this collection, I know I cannot repeat it, and I have to say goodbye to part of myself as a producer in pursuit of newness. But this is the welcomed aftereffect of pouring so much time and energy into this music. I know that by sharing this body of music with you, I am demolishing part of myself as a producer so I can reinvent myself again, and again.”

KRANE’s words here are poignant and perhaps as unique as his music. Simply the acknowledgement that putting out an album of work means saying goodbye to a part of himself “in pursuit of newness” demonstrates a maturity and vision beyond anything normally seen in electronic music – or music in general, for that matter. Many artists will find their sound and beat it into the ground until fans become tired of it. Instead, KRANE is experiencing this album as a method of metamorphosis, a chrysalis through which he can “reinvent” himself and become even stronger and better than before. If that isn’t the goal of a true producer, I don’t know what is.