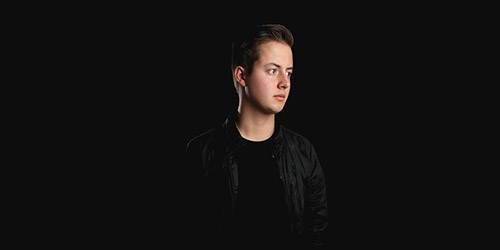 Your EDM Interview: Kiso On His Comforting New Sound For Ultra

With his new tune ‘Blanket’ featuring Kayla Diamond currently doing the rounds, we checked in with young producer Kiso on how he first got into music, and where his career is taking him right now.

Thanks for speaking to us; it’s great to have you! Can you tell us a little bit about yourself as an artist? What are your main values?

Thanks for having me. I’m a 22-year-old producer from the Chicago area. I have been making music since I was about 16. My main value in life and pertaining to music would have to be honesty. I really like when people are honest with me and I am always honest and open with everyone. I think it’s really important for anyone’s mentality to be this way, because if you just go around lying it won’t get you anywhere.

What are some of the most important lessons you’ve learned along the way? If you could give your younger self, starting out, any advice – what would it be?

Do you remember what first got you into wanting to create music? Was there a specific track you heard that inspired you?

I remember being a kid at my neighbour’s and always listening to Euro music. Like stuff from 2003-2008 – DJ Inphinity and stuff like that always stuck with me. Then I saw this YouTube video of Tiesto in 2008 and thought it was the coolest thing ever.

Which of your tracks have meant the most to you and why?

I would say my song ‘Circles.’ I went to Canada for studio sessions for the first time ever and was really nervous going up there to meet Ashton Price, a guy I have been working with for 2 and a half years now. He does all the guitars in my songs and records the vocals usually. It was the first time I traveled to make music and it felt really weird. I was nervous but then we got in the studio and we just clicked in person. When we had the basis of ‘Circles’ down, I sent it to Kai who managed Loé at the time. Loé wrote to it and the rest is history.

Congrats on ‘Blanket’ – such a gorgeous tune! What makes this one different to your last?

I think the music video helps it stick out. It was done pretty quickly though in terms of the production itself. Kayla wrote it pretty quickly too which is awesome, and a huge shout out to Petar Puljiz and Marijan Jurcevic for that video.

How have the reactions been to it so far?

So far it’s been getting great receptions from the YouTube community and the Spotify community which is always good news for any song. The positive reaction to this one only makes me that much more excited for the next single.

Would you want to work with Kayla Diamond again in the future?

If you could name three artists/groups who have influenced you the most throughout your career so far, who would they be?

Avicii because he helped propel dance music to the mainstream. I remember buying his first album at Best Buy.

Kygo because he created his own unique sound. I remember hearing one of his remixes on SoundCloud and just thinking “Holy shit, this is tropical.”

Lastly, Win and Woo because they are home town heroes and their work ethic inspires me every day. It’s so amazing to see what they are doing right now, and they really helped me take my production to the next level.

What do you have coming up for the rest of the year that you can share with us?

Lots of new music. Hopefully we can fit in one more single before the year ends, then 2018 will be filled with lots of fun stuff I think.

Thanks for taking the time to interview me, hope everyone has a great day.