by Georgia Modi
in About, Editorial, Events, Featured, Giveaway, Tickets

The time is just about upon us… Pierce Fulton is set to kick off his brand new 22-stop tour, Better Places, next week. The tour comes in part to celebrate the release of his latest album by the same name. The album was released over the summer and we were lucky enough to have had a chat with Pierce back in July about it – you can check that interview out in full here.

This tour will bring a something fresh to the table for Pierce as it will be the debut of his first ever live set (you can get a little preview of the layout here) and will also feature his friends NVDES & Noosa along for the ride as well.

We all knew that we needed to do something special to to start the tour off right so what better way to do that than with another top-notch giveaway! If chosen you’ll get to play an in-person game of darts with Pierce which will also include a package of 2 VIP tickets to a show-date of your choosing – a full list of dates and venues can be found below. Along with that you will also receive a signed copy of Pierce’s Limited Edition debut album, Better Places pressed on vinyl and a set of exclusive Better Places Tour T-shirts! Enter via the contest widget below, you have one week to gain as many entries as you can in order to win! 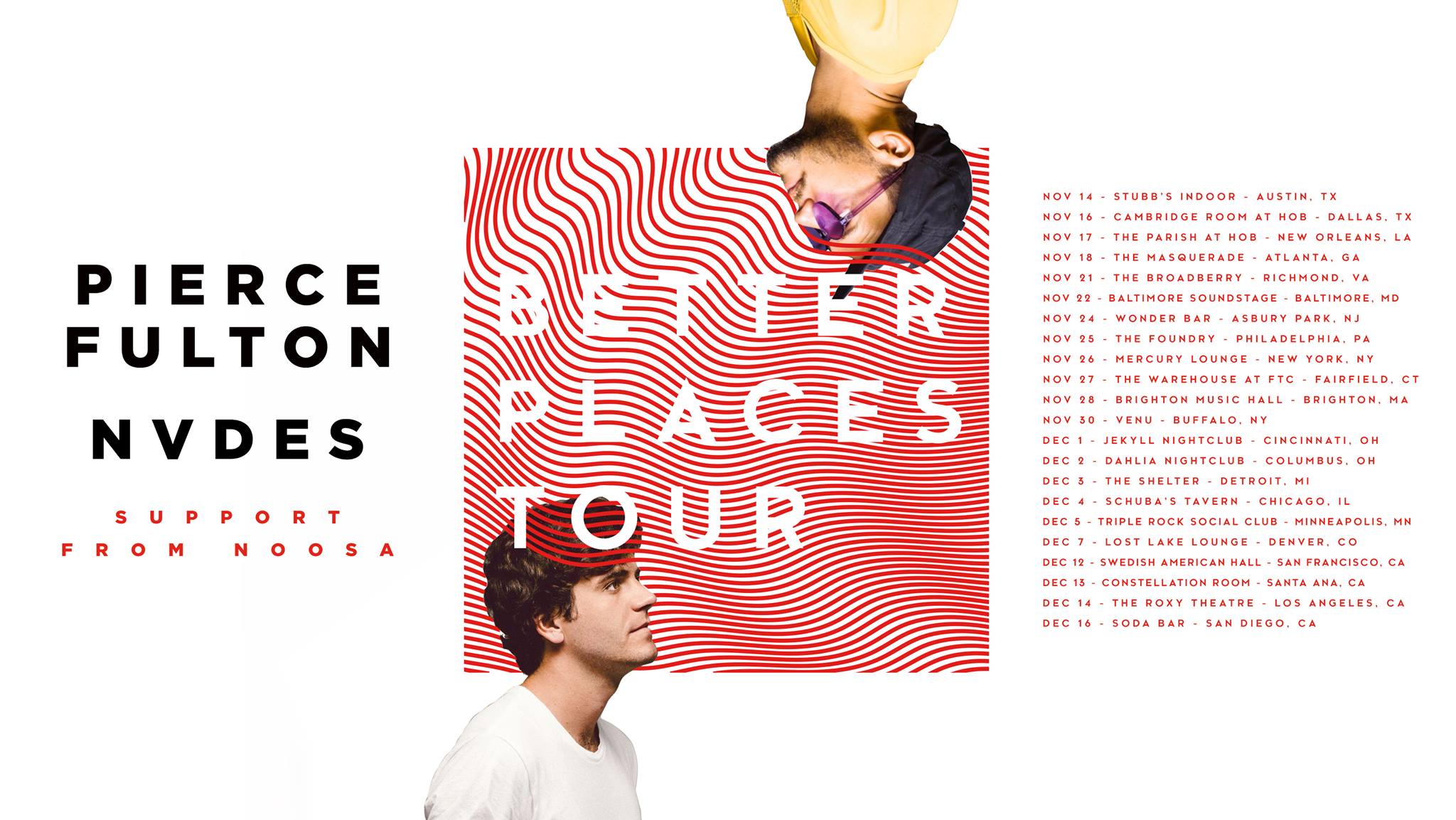 If you don’t want to risk missing out when Pierce makes his stop in your city than head over to his site to snag your tickets while you still can! Otherwise, go ahead and test your luck below.

Ruchir – Made Of Gold (feat. Deverano)

Ruchir - Made Of Gold (feat. Deverano)