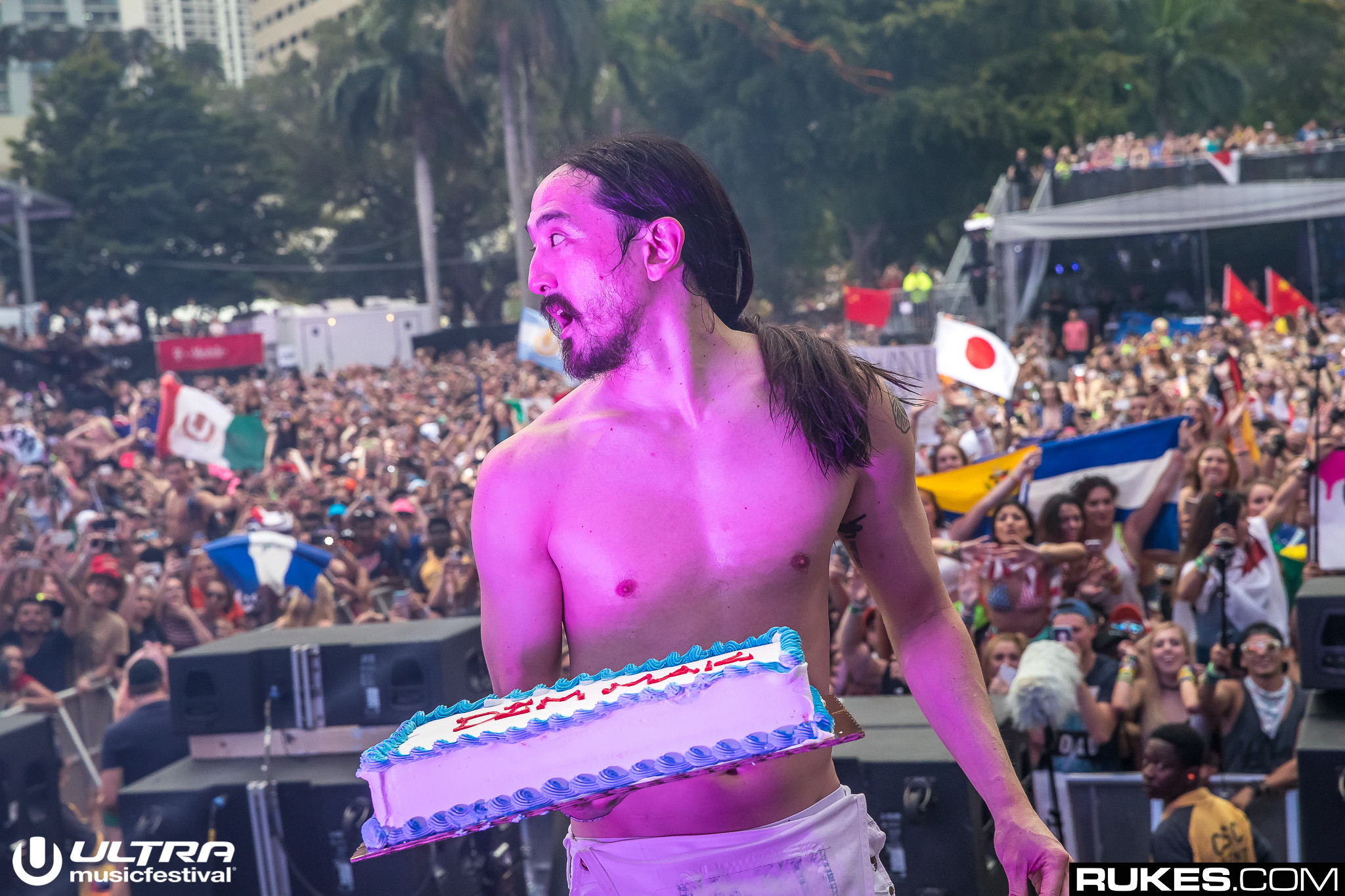 Steve Aoki sets are known to get caked up! If you’ve been to one of his shows, it’s likely you’ve seen someone get a cake straight to the face. And if you’re really lucky, it’s happened to you!

Come to find out, Aoki isn’t just throwing average baked goods out into the crowd —  that sh*t is gourmet. Apparently the world renowned producer has a team of culinary experts who craft his cakes to smashing perfection. They literally bake the cakes to an ideal consistency, all the better to smash with!

According to Celebretainment, Aoki was recently quoted saying: “We have a special team of cake makers that travel the world with us getting the consistency just right — the desired effect is explosive rather than edible.”

Aoki also offered insight as to how he picks which fans get caked: “The way I pick who gets caked is generally by who shows me the most energy and is screaming for it.” Simple as that.

“I still can’t help but ask myself… should I stop caking people? Will that stop the haters from hating? Stop giving the trolls more content to target me with? I even ask myself, are the cakes and the rafts taking away from the art of my culture, DJing? I’m sure many people feel that I am because things I do are not part of the norm.”