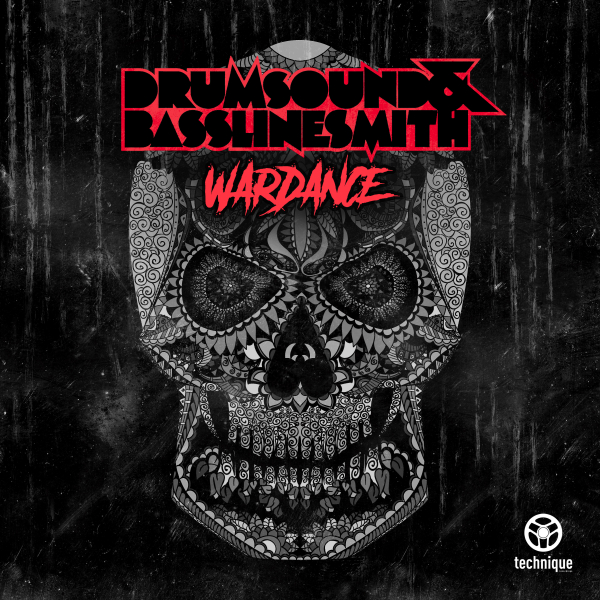 With all the different projects Drumsound and Basline Smith have been working on over the past few months, it might be surprising that they also have a new full-length album coming out on Technique Recordings this coming Wednesday, November 29. That is indeed the case; the Wardance LP is filled with huge tracks by the trio and for some may signify a return to form from the DnB legends, and the form is diverse bangers.

The tracks on Wardance all seem to be tied in to each other thematically and by some common sounds such as matching synths and heavy, phrase-ending vocal samples. It might be said that there is a political theme here as well, with most tracks like “Warrier,” “Control,” “Outlaw Renegade,” and “Welcome to the Machine” all having a sort of call-to-uprising feel in the titles, as does the whole album. Indeed, the way all of the songs play out seems to be a sort of call to action. Whether that action is on the dancefloor or in the streets is hard to say, but the album as a whole definitely has an action-packed flavor.

“Roadblock” is one of those tracks on Wardance which seems to be geared towards the dancefloor, not just because it’s steppy but because of its intense, 2001-throwback synths and multiple breaks wherein the buildups and drops are so heavy and intense that it’s impossible to imagine anyone at a club or festival wouldn’t be going absolutely mental for the duration of the track. Its format also gives DJs a lot of options to play with the “Roadblock” on the decks, but of course that’s always true of Drumsound and Bassline Smith; if there’s one thing this trio knows how to do it’s unite the dance, no matter what style or subgenre they’ve decided to employ with their work.

With the #iluvdrumandbass playlist on Spotify, all the heavy touring and the huge number of releases coming out on Technique lately, it’s a wonder that Drumsound and Bassline Smith have had time to get to the studio and put together such a diverse yet cohesive LP, but Wardance is just that. It’s another reassurance to fans that no matter what else they’re doing, for Drumsound and Bassline, they’ll always make time for the studio.

Wardance is out Wednesday, November 29. Pre-order is available on a number of formats by clicking here.