Your EDM Q&A: The Upbeats Talk About ‘Punks’

The Punks EP on Critical was one of the most highly anticipated this fall, and since it’s dropped the title track and “Ethers” have received a lot of play in the clubs, and the EP is being hailed as one of the most interesting of 2017. A lot of fans have wondered about The Upbeats‘ production process because the way their tracks are put together is so unique. Especially in the wake of their last album De-Evolution, their full album released earlier this year, that question comes up for Punks due to the number of different styles and change-ups that occur on the EP.

The Upbeats answered that question from a technical angle when they sat down with your EDM last week, as well as why they named the EP Punks and some other interesting factoids about the duo. Check out how they made the sounds they made on this EP, and who among them values Wheatabix more than almost anything.

How did you decide to link up with Critical for this EP?

They’d been asking us for music for a few years, and they had been one of our favorite labels for the last few years, so really it was only a matter of time. And then last year we played a festival in Bogota, Colombia with Kasra and had a really good talk about the label, and what we were both working on. And it all really started from there.

The tracks on Punks are all quite different from what most fans would expect from Upbeats. What was your overall concept in putting this EP together? Did you want to sort of shake people up with it?

More than shaking other people up, it was more about shaking ourselves up. We often find that when we finish an album project (in this case “De-Evolution”), there’s a big feeling of release and freedom when we start working on whatever comes next. We don’t have to be thinking about whether the music will fit within the overarching vibe of a project. So we took that freedom and just tried some new approaches, threw some weird ideas around, and ended up with “Punks”!

“Oddity” is probably going to be the track that blows everyone’s minds on this EP. How tricky was it to put a dnb/neurofunk synth and bass structure together with what is technically a trip hop beat?

That one actually came together surprisingly quickly. Because it was a little bit removed from what we normally do within DnB, we felt like we could put aside a lot of the rules of writing DJ music, which gave the writing process a really natural, free flow.

“Ethers” is another one which might be surprising to fans, as it’s quite cinematic and sort of gives a nod to Pendulum and the early 00s. What interests you about this style of production?

Ethers and Oddity were the two tracks that we wrote with the Critical sound in mind. With Ethers we really wanted to find the balance of having depth and atmosphere while still being driving and working in a club. We’ve also always been drawn to ‘progressive’ sounding DnB tunes, tracks which are quite understated and just slowly evolve and build tension, drawing a lot of inspiration from techno. It’s something we’ve often tried to emulate since first seeing Klute DJ in the early 2000’s. 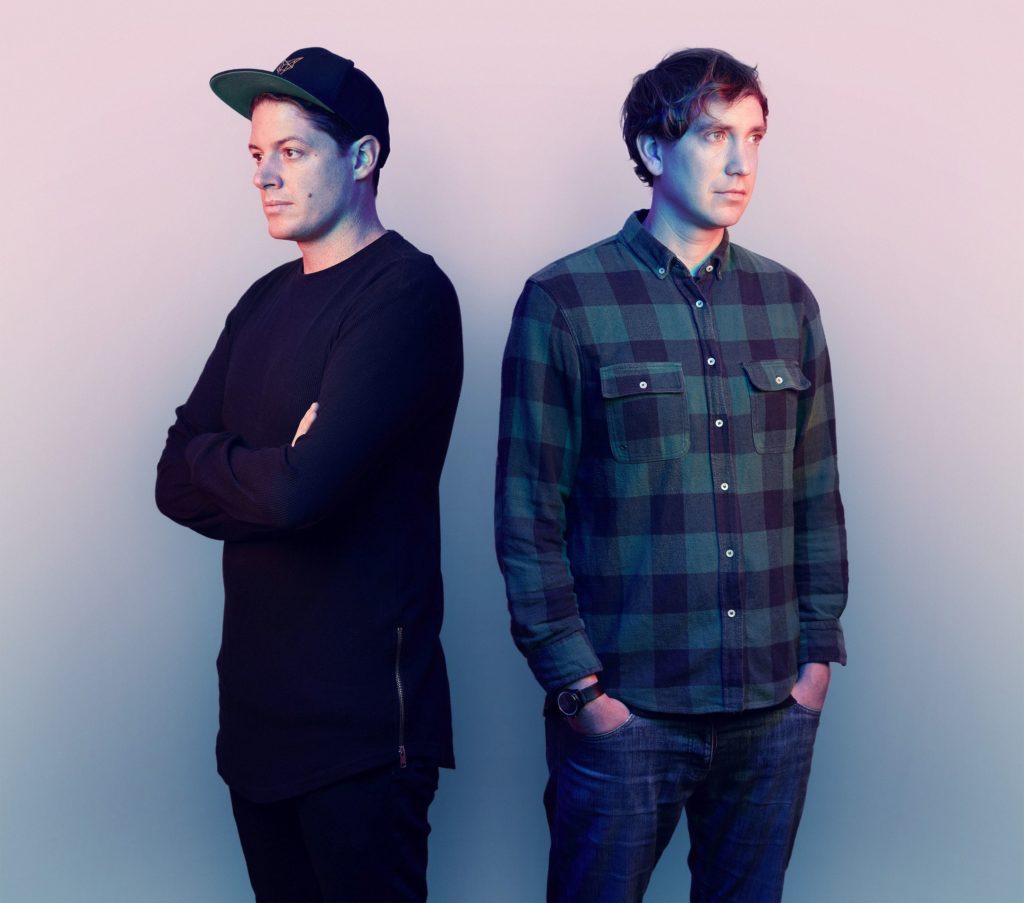 The bass synth for “Punks” is really interesting because it follows the syncopation of the beat, which sometimes gets very tricky (like on the mid-break). How did you come up with that bassline?

From memory the “Punks” bassline wrote itself. It was one of those ideas that really just fell together organically in a few hours. Often our best/favorite tracks tend to be the ones that come together the quickest. We wanted to try write something that was really simple, but big and grungy. We decided to open up an old distortion plugin we hadn’t used in years, CamelPhat, and we struck on distortion gold pretty much straight away.

Was there an overarching concept to the EP and the idea of “Punks”? The title track specifically seems to be really descriptive in terms of how the bass and synths are laid out.

We’ve always thought of our music within the DnB sphere as kind of grungy, raw, sometimes under-produced. Almost having a punkish aesthetic. So it wasn’t necessarily a theme specifically for this EP, maybe just more a reflection of our vibe in general. We tend to lean more towards organic sounds, particularly in the drums, we love the rawness, instead of the super sculpted synth transient drums that seem to be prevalent at the moment.

Do you guys have a favorite track or tracks on the EP?

Think it would have to be ‘Punks’. It was the only track we got to sit down together and write from the start together. And as we said earlier, it really came together naturally, and was a really fun session coming up with the initial idea.

We’re just heading in to NZ summer and festival season. So we’ll be enjoying that over the next few months. And then we should be launching into our next big project. We’ve just started a Kickstarter to get our “No Sleep ‘Til” project off the ground. We’re planning on heading to Japan & Iceland with a few of our favorite producers, and writing a collaborative EP, exploring the landscapes, and filming the whole thing.

Any interesting factoids about each other or quirks you have in the studio?

Dylan ‘The Wolf’ Jones is known in the five boroughs as ‘Crumpet Lord’, and Jeremy ‘Yvng Snake’ Glenn once managed to eat 10 Wheatabix in one sitting, which is one of his biggest life achievements.

Punks is out not on Critical Music and can be purchased on the critical website by clicking here.

Nightclub Staff Being Trained On How To Help Prevent Sexual Violence

Nightclub Staff Being Trained On How To Help Prevent Sexual Violence