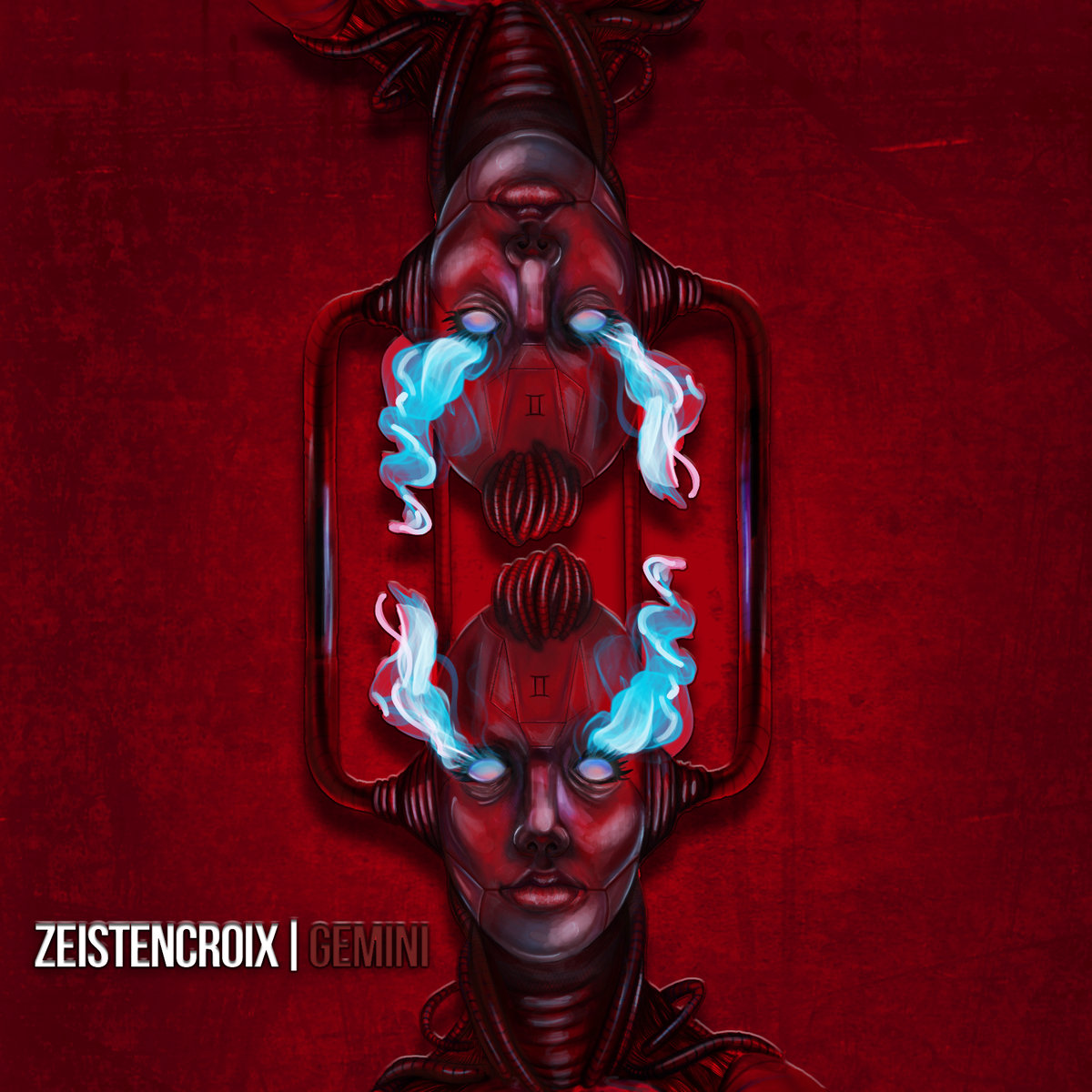 There are a growing number of places where IDM and EDM intersect; industrial music as it stands now is really driven by techno and house beats, and while the individual scenes don’t necessarily mix at festivals, many fans love a goo industrial techno song, and tinges of IDM’s characteristic synths andheavy guitar sounds can make their way into any other dance music genre, from chill house to dubstep.

Zeistencroix is an industrial duo led by Venezuelan-born Orlando Draven who not only cross the line between EDM and IDM in their debut EP Gemini, they step on the thrash metal line and drag it into the mix as well. It’s sort of as if Marilyn Manson ca. 1995 got into a fight with Rob Zombie at a rave.

The first single off Gemini is “I Need You Tonight,” and it very much driven by a techno beat and bass synth. The guitars are a little more muted than in some other songs on the EP, but that only adds to its EDM cache. In fact, it’s a good intro for EDM fans who want to explore IDM. There are goth elements as well, and it’s constructed like a pop or rock song with the vocals driving the music rather than the other way around. The video for this track is all industrial, however, with visual elements clearly taken from Marilyn Manson videos, but it’s given a futuristic, theatrical spin which matches the track.

Another EDM-friendly highlight on Gemini is “Valley of Death,” with its trap beat and once again sort of gothic IDM synths. If fans are looking for more metal-driven industrial tracks, they may want to go for “Saturated,” “Dantes” and “Rage.” These tracks are still within the lines of industrial with goth-tinged synths but their heavier thrash guitars and death metal drumlines definitely bring in more metal influence as well.

Gemini will likely be of interest to any EDM fan who enjoys IDM and industrial rock. With its clean production values and general mastering polish, it can be appreciated on many levels by a number types of fans.

Gemini is out now and can be streamed and purchased on Zeistencroix’s Bandcamp page or on Spotify.