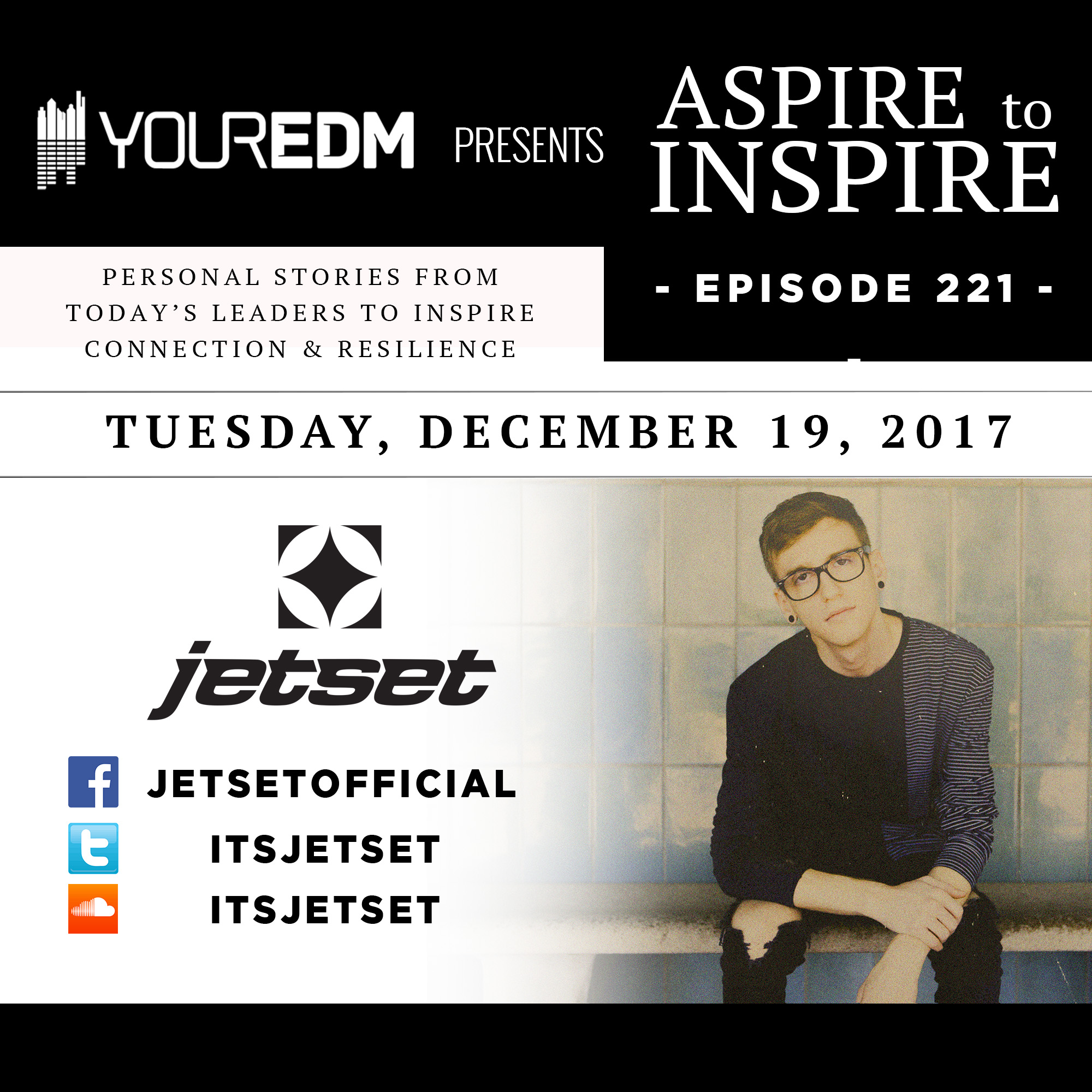 We all know that one person who is just so creative they’re always working on a new project, and they just seem to be an all around Renaissance man. A lot of times these people are looking for the best and most creative way to express themselves. For James Geary, his musical journey as JETSET is just beginning. With two EPs, Flight and Mayday under his belt, James has already shown his prowess as a producer. As he tells it, his whole musical journey is about finding a way to express himself and establish a real connection with fans. Something he wasn’t able to do in his previous foray into social media.

“I wanted to do so many different things as a kid. Originally I wanted to be a pilot and I guess that’s how my name came about. Besides being a pilot, I wanted to get involved in the social media realm. I ran a YouTube channel for a while that I built up to like 400,000 subscribers. I really loved it for a time, but I wasn’t able to build a connection with an audience through that platform. I’d always loved and listened to music and thought why can’t I do this? So I just started pushing that and have loved every step of it. It was a pretty seamless transition from YouTube to exploring myself as an artist…I love finding new ways to express myself and be creative.”

James grew up with a musical background – he played saxophone in his teens, but like so many other youths out there, he struggled with the rigid structure of schools. It wasn’t until he began experimenting musically outside the confines of school that he really started finding his creativity. It also wasn’t until then that he started dabbling in production, but it didn’t necessarily seem like a career path. The watershed moment was still to come.

“I played saxophone for a little while, starting at like 12. It was cool, but being in the American school system and having that structured learning environment was lame, because you were forced to do certain things. It was really once I started experimenting on my own and realizing I could be creative that I started loving it.”

James hails from Ventura, California, about 60 miles northwest of Los Angeles, along the scenic 101 Freeway. He says he grew up in a pretty traditional family, and while a career in music wasn’t seen as viable, neither was a YouTube career, yet he proved his family wrong. As James puts it, his confidence in himself never wavered, and that’s all you need in life. Belief in yourself and your vision is paramount, James is proof of that.

“From having a family that’s very conventional in terms of education, being an artist was never really seen as a reasonable career path. So for a while I was like, why should I do this, it’s never going to take me anywhere? And then I had a really weird realization – I can do anything I put my mind to if I really hustle, stay humble, and be authentic. As cliché as this sounds, in like 2010 when Skrillex brought in that new wave, the message was so strong, the music was so new and fresh, that it really drove me. I became curious and wanted to figure out how people like him did it. Originally I started very technical, and wanted to focus on mixing and mastering. It wasn’t until I started pushing my artistry more that I realized I want to create, speak, and be a voice for people.”

James has stated his desire to head into more of a singer/songwriter direction with his musical project, and for a self-proclaimed introvert, that can be hard because it requires some vulnerability. As James has a stranglehold on his artistic vision, he admits that overcoming his own self-confidence can be a struggle. However, like all the other artistic challenges out there, James has embraced it head on.

“For me, the one fear that has always been present is just confidence and vulnerability, they kind of go hand-in- hand. I guess that’s from always being a loner and being in my own world. It was a real challenge to start showing my music to people. It still is. I love producing electronic and am much more comfortable with that now. However, as I start venturing into the singer/songwriter sound, and literally putting my voice on things and
writing about very personal struggles that’s the next mountain I have to climb. It’s cool though, personal growth is one of the core human needs. Once you overcome that fear, you feel unstoppable, and then you’re on to the next thing. I want to keep moving forward and grow as an artist. I’m also a bit of an introvert. I love just sitting in the studio all day with friends and making music.”

Keep your eyes open for JETSET, not just as an artist, but as a person as well. James is one of those rare artists who truly has something special to offer the world, and he’s hoping his art and music can make a difference. He isn’t 100% sure of where he’s headed, hopefully full on touring soon. Although, one thing is for sure, James knows the future ahead is a bright one, and he’s doing his part to spread the love.

“I feel like love and acceptance are so needed in this world right now as we’re so
divided. I’ve been wanting to speak out for those that feel like they have no voice. I feel that really is what drew me to a lot of music – being a loner as a kid, and always just being in my own little shell. It was inspiring to see artists speak out in ways that I couldn’t and I loved being able to resonate with their voice. I just want to be a voice for those kids, bring people together, and inspire more compassion and acceptance in this world.”