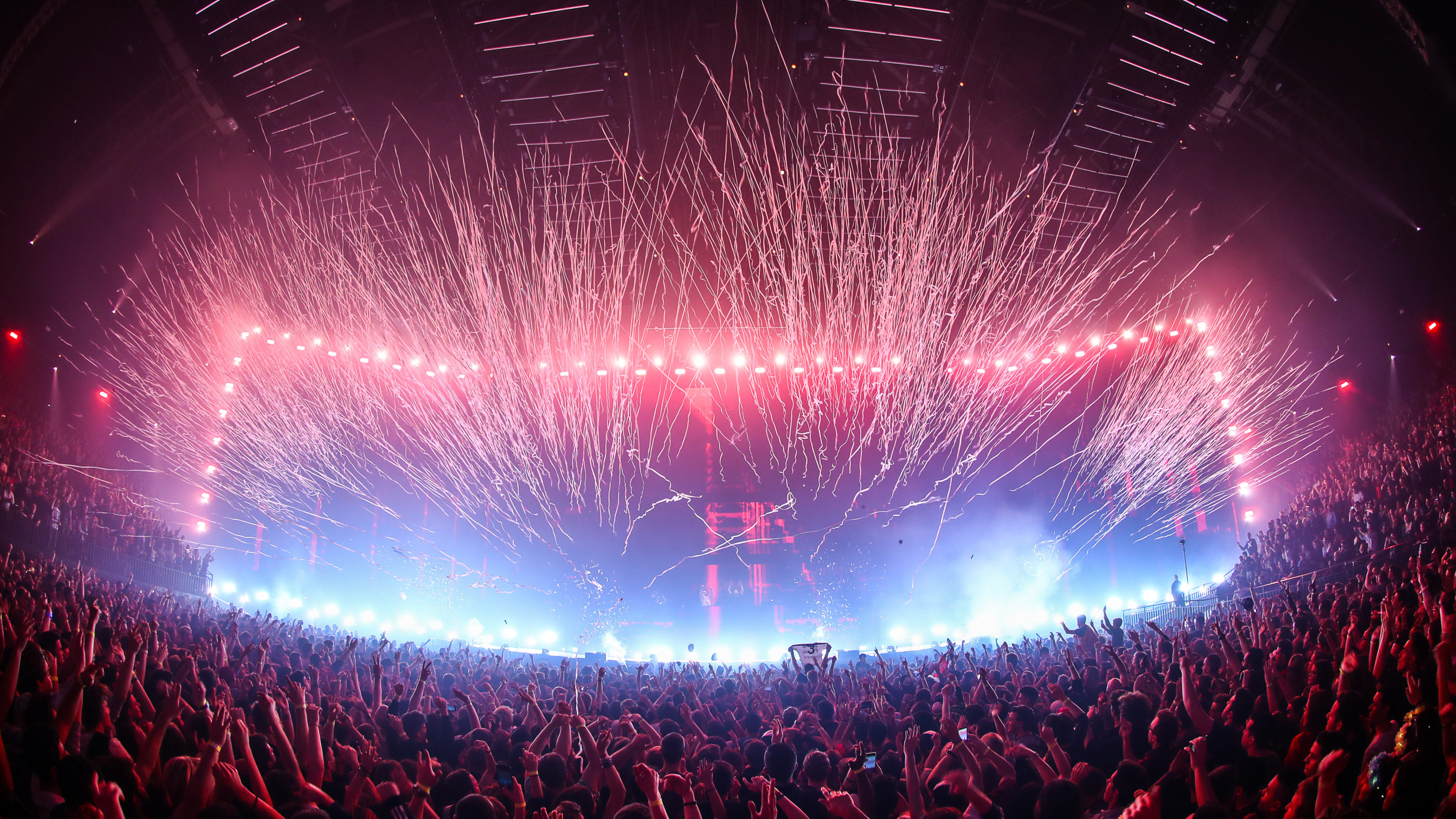 The annual homecoming of Belgium’s Dimitri Vegas & Like Mike opened with a triumphant return for the brothers! Somehow managing to go one step further than last year’s spectacle, the 2017 edition of their colossal ‘Bringing The Madness’ arena show is undoubtedly bigger and more insane than any show they’ve done yet. Following 2 sold-out gigs last weekend, the brothers have decided to broadcast the shenanigans of this weekend’s party with an official livestream.

A host of global FM partners will livestream this year’s ‘Bringing The Madness’ spectacle capturing the full show for fans’ listening pleasure. The airwaves of official partners such as Sirius XM in the USA, Paradise in Brazil, Future Sounds in Japan, Sunshine Live in Germany, Dance FM from Dubai and Indian Radio One, as well as native TV hosts in Belgium Q2 and PlugRTL will all join in the gargantuan end of year celebrations of ‘Bringing The Madness.’

Delivering an audio and visual feast in front of 84,000 music loving fans, Antwerp’s Sportpaleis Arena becomes home to the ‘Bringing The Madness’ extravaganza. Fans attending last weekend’s show had a chance to witness first hand the jaw-dropping stage production from the mastermind creative team behind Tomorrowland. With fans flying in from all over the world, the double weekend party schedule of 4 sold-out show at the iconic arena is truly a triumph for any world-class artist, especially considering only a handful of the biggest names in the music industry have ever completed such a feat at the Sportpaleis.

In previous years, the brothers have been joined on stage by a cluster of special guests that have ranged from Afrojack and Ne-Yo to Armin van Buuren to Lost Frequencies and Steve Aoki to Oscar & The Wolf. This year’s edition is no different with Steve Angello being the first guest to join the brothers and the next special guest to be revealed during the livestream show.

For a taste of what to expect here’s recap of the first weekend of the 2017 edition of ‘Bringing The Madness’:

So this Saturday join Dimitri Vegas & Like Mike as they bring an incredible LED wall measuring 1,200 square metres, over 400 kilograms of confetti, 60 tonnes of CO2, a production set up like never before seen and 20,000 crazy fans for the biggest and most spectacular finale of their ‘Bringing The Madness’ homecoming show.

And stay tuned for a special appearance by none other than Hardwell who will join DVLM on stage during the show.

Tune into the official ‘Bringing The Madness’ livestream feed below!