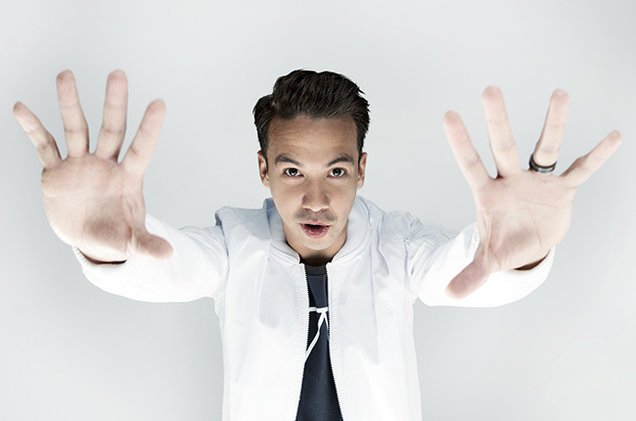 Months after his original vlog on the DJ Mag Top 100 and months still since the DJ Mag Top 100 was officially revealed this year, Laidback Luke has reignited his ire with the publication. In a series of tweets, he singles out three DJ Mag contributors: clubs editor Ben Hindle, global editor Carl Loben, and Digital & Ibiza editor Charlotte Cijffers.

Luke continues, mentioning how comments on one of KURA’s latest Instagram posts have resparked this feud between him and DJ Mag (see screenshots below). After the comments were made and tweets were posted, each of the three DJ Mag contributors had their own responses – though Loben’s, the most flagrant of the three’s, was deleted.

Do you want to know the truth as to why I didn’t make it into the @DJMag top100 this year? It’s because of this VLOG. *rant on the way* https://t.co/JGrV6rqKU7

Yesterday I posted this on @KURA_live IG and I had 3 editors of DJ Mag coming at me. @the_z_word @CarlLoben @CharlotteDJMag Calling me “Not popular enough” and “A has-been-EDM DJ”

After my VLOG, DJ Mag reaches out to try and take it down, threatening to stop doing business with me. There was no business anyway, so I kept the VLOG live. In attached email convo with my management, they are well aware of wrong-doings: pic.twitter.com/d9qArNPYJM

I’ve always been a fan of the list, but it’s grown to be a monster. I don’t care about my position, I don’t need them. But from the many fellow DJs that I know throw money at them (or else…), to the ones that hacked the system. It is what it is now.

To my Asian followers and Latin American followers (not USA cause USA is aware), don’t be fooled! https://t.co/GHOHvQtbjf

To my top 100 friends, big congratulations! But I know how much money you invest. This should change. https://t.co/GHOHvQtbjf

The very juicy VLOG, when voting starts again, will come! I have a ton of insider info for u that will make you realize how rigged it is. I do think we want the same: an honest list (I really don’t need to be in). So we’ll need to fix that. @the_z_word @CarlLoben @CharlotteDJMag

How can you congratulate a fellow DJ, who earned their position, when there’s an invasion of fake names/wannabes in there? This is the problem @DJMag

What people often don’t realize, is that I started as a fan of this industry. Absolutely in love with it. I was no one. I want that back again. Admiration for real acts with passion. Pushing boundaries and blowing my mind.

Responses from the DJ Mag editors are below:

.@LaidbackLuke You weren't kicked out of the list, you didn't get enough votes. Probably because you made a vlog saying you hate it so your dutiful fans decided not to vote you in. You should thank them. 👍 https://t.co/RGuwn5dHyJ

I'm also very interested to see this proof as I can personally guarantee you were not excluded. Can you get your management to send it over, please? They've got my email. Thanks!

As we said, Loban’s was deleted, but El Hornet (who performs DJ sets for Pendulum) managed to snag a screenshot.