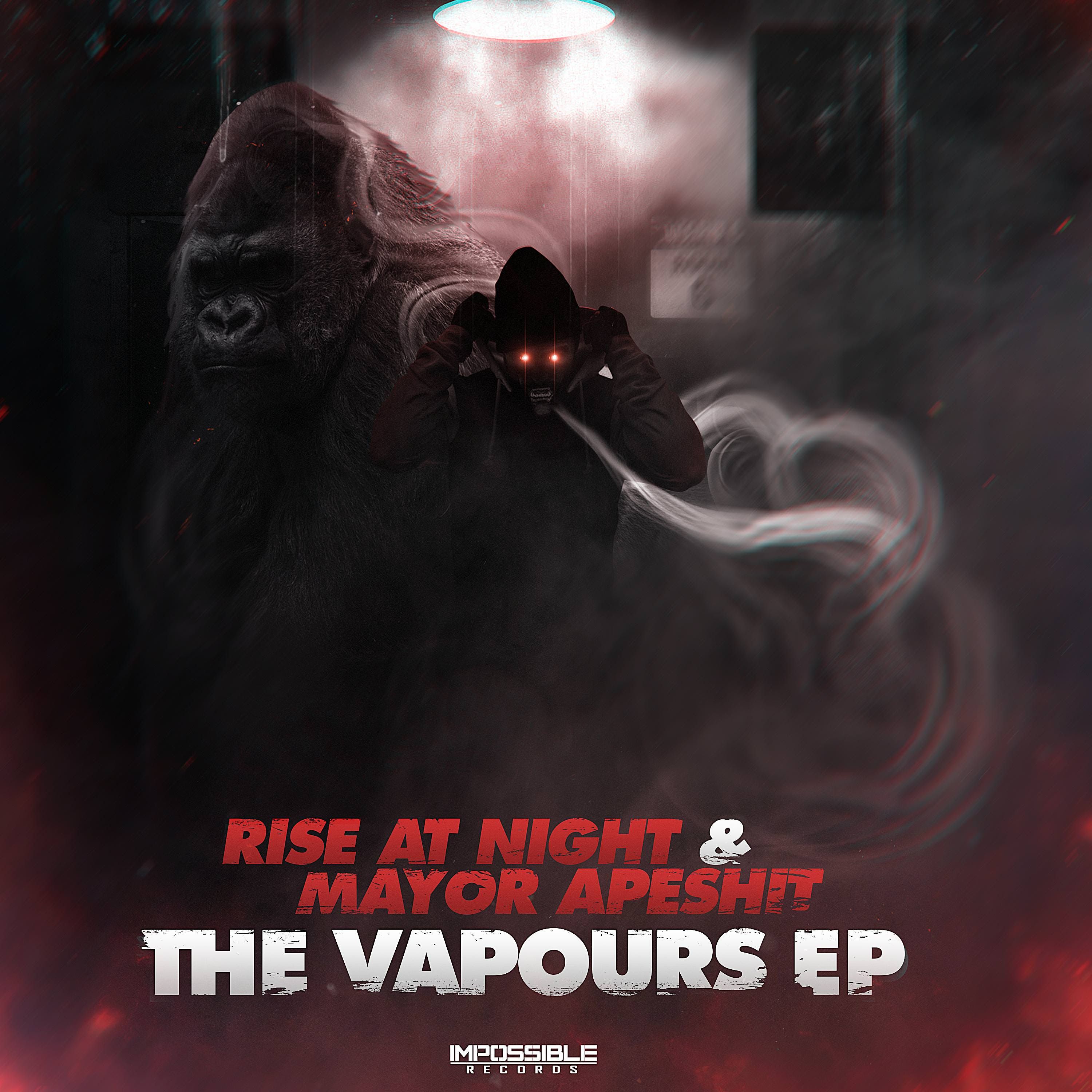 It’s been a while since we’ve seen either Rise At Night or Mayor Apeshit, but now we’re getting them both on a collaborative EP together and we couldn’t be more pleased with the result. Released via KJ Sawka’s Impossible Records, The Vapours spans six crazy tracks and all styles of bass music.

The EP actually doesn’t even really start with bass music, as the opening track, “Lion Roar,” is really technically closer to electro house, and the classic style of it, too. “Blew Up” is a completely unique blend of trap and hip hop with literal bleeps and bloops resembling turntablism-esque scratching atop constant bars from Mayor Apeshit. It’s a head roller opposed to a headbanger, for sure.

Moving onto the EP’s namesake, “Vapour” is another strange combination of styles that seems to ebb and flow throughout the track. The opening, with Apeshit’s flow and the claps, feels like it could easily drop into moombahton – but nope, drum & bass. But is that the drop? Nope. The drop falls into a more future bass ballad that comes out of nowhere, but musically just makes sense. The second half of the song repeats the same pattern again, with the exception of the last 30 seconds which seamlessly blends the future/drum & bass sections.

When you’ve got a track called “Live Fast Die Young,” you can either go ratchet or super trappy. There’s really no in between with that title, sorry… I’m happy to say at least one of my predictions was correct: this is ratchet as hell. But with Mayor Apeshit’s bars, I’m one hundred percent okay with it.

This EP is nothing if not consistently inconsistent, and “Graves” keeps it going by starting off with some serious ballad vibes and harmonies that sound almost out of place. And it’s because they are. And so is the drop. The whole track is seemingly an exercise in experimentalism – it’s not musically discordant or unpleasant, it just doesn’t make any sense. But then again, none of the tracks on this EP make any sense. So, moving on to the last song…

“I Ain’t Playin” is a playground for Mayor Apeshit. He gets a beat and he goes to town on it, spitting for as long as it seems appropriate. The end to the entire EP is just as strange as all of it put together – “Don’t eat while I’m doin’ this. It’s gonna pick up.” Sorry, let me put down my hot pocket and give you my full attention.

The Vapours is out now via Impossible Records. Check it out below.