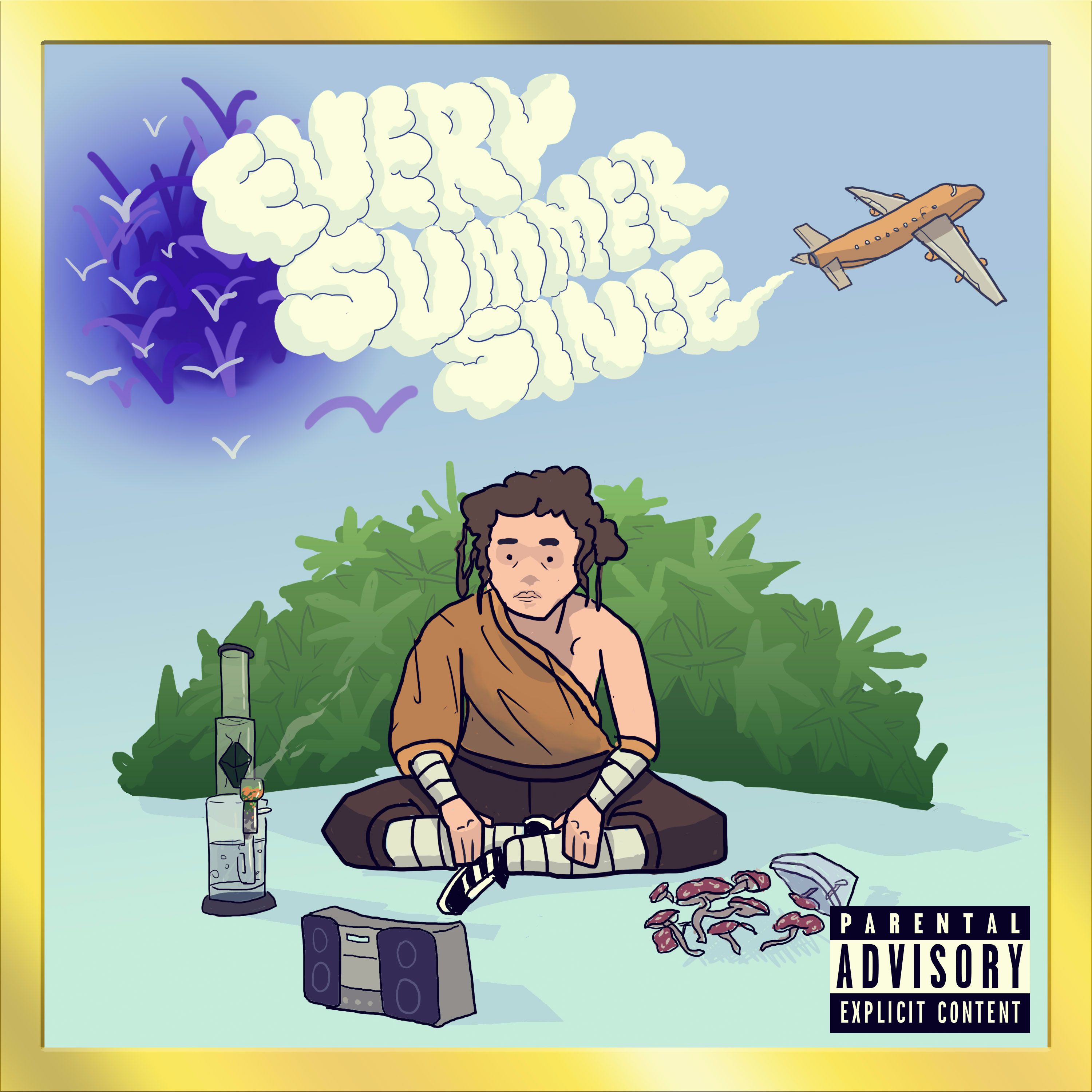 New Artist Spotlight: Maxx the Muffin Man Does Grassroots Hip Hop, With Emphasis on the ‘Grass’

It’s a good time to be releasing stoner music with California, Nevada, Maine, Alaska and Massachusetts joining Colorado, Washington and Oregon in legalizing recreational marijuana as of January 1, 2018 and even more states joining the medical marijuana revolution. Maxx the Muffin Man, an 18-year-old hip hop artist out of, not surprisingly, Portland, Oregon is definitely doing his part for the cause with a new mixtape he just released called Every Summer Since.

Maxx says he made the tape, which is an infusion of jazzy, Wu Tang-like beats, funk and chill synths that support his lyrics, to help anyone who’s going through a hard time. The lyrics of most of the songs, however, definitely seem weed-driven. The first single “Puff is Enough,” for example doesn’t pull any punches in terms of its message. It’s straight-up stoner rap. The title track is deeper and more biographical, however, as Maxx discusses how he found his muse. Other tracks are more party-oriented such as “Adderall and Cigarettes,” but there always seems to be a twist to each song so it’s a good listen in a more contemplative state as well.

Maxx made sure to give credit to each producer on the tracks of his mixtape, and some of the names might be recognizable to EDM fans. What’s most interesting, however, is the way he puts his lyrics together. Some parts of the album might even be called spoken word rather than rap, because Maxx uses such plain language and what sounds like his normal spoken voice timbre. The way he does his verses is also unconventional, as sometimes they deviate from the beats and create strange syncopations. Again, the tracks on Every Summer Since lend themselves to the contemplative ear as well as the dancefloor.

After this debut, Maxx is promising more material to be released, but there’s a lot to get through in the meantime on Every Summer Since. Whether you’re in a recreational state or not, this stoner hip hop definitely gives listeners something to think about.

Every Summer Since is out now and can be streamed on Soundcloud. Maxx’s earlier EP is available on Bandcamp as well.