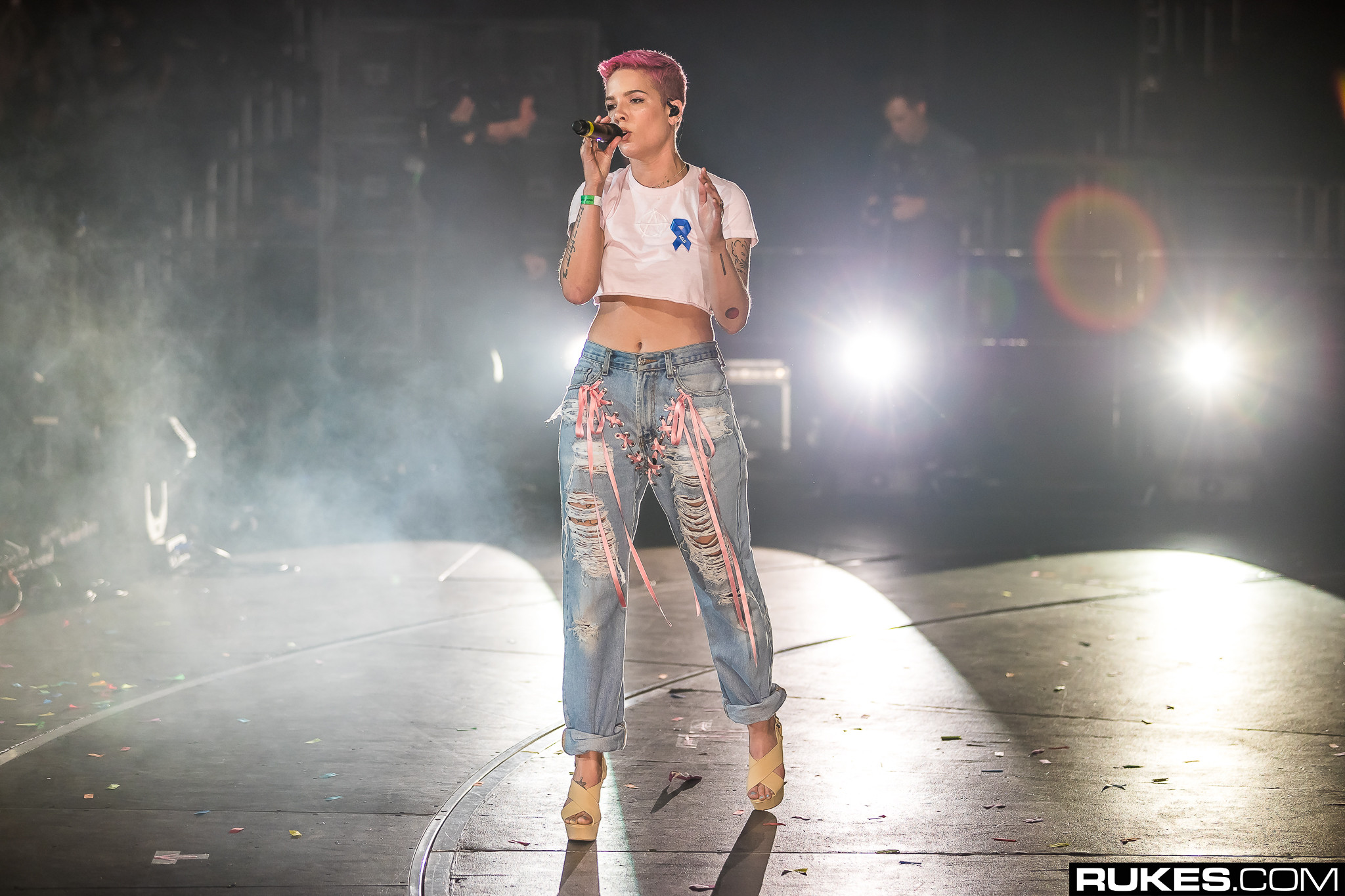 A Story Like Mine: Halsey Delivers Powerful Speech About Sexual Violence

Halsey certainly has a way with words — that can be heard clearly with any of her smash hits, but even more so in her raw, real life #MeToo account.

The singer took the stage at the Women’s March in New York City over the weekend with a different tone than usual. Her fierce, enticing delivery was still intact but there was a vulnerability in her voice. Instead of belting out “Closer” or “New Americana” or “Bad At Love,” Halsey stood before the world to deliver a poem about her past experiences with sexual violence.

“It’s 2009 and I’m 14 and I’m crying,” she starts. “Not really sure where I am but I’m holding the hand of my best friend Sam, in the waiting room of a Planned Parenthood.”

Halsey’s speech is one of the most heartbreaking yet empowering things we’ve heard. It’s difficult to hear, but it’s the harsh reality of what many young women suffer through as victims of sexual assault.

“And the stairwell beside apartment 1245 will haunt me in my sleep for as long as I am alive,” she continues. “And I’m too young to know why it aches in my thighs, but I must lie, I must lie.”

That vulnerability, that fear to speak out, gets shut down completely by then end as Halsey proclaims: “For the people who had to grow up way too young, there is work to be done, there are songs to be sung.”

“Lord knows there’s a war to be won.”

here is my entire “A Story Like Mine” poem from today’s #WomensMarch2018 in NYC tw: rape / assault. Thank you. pic.twitter.com/l3fji73woM