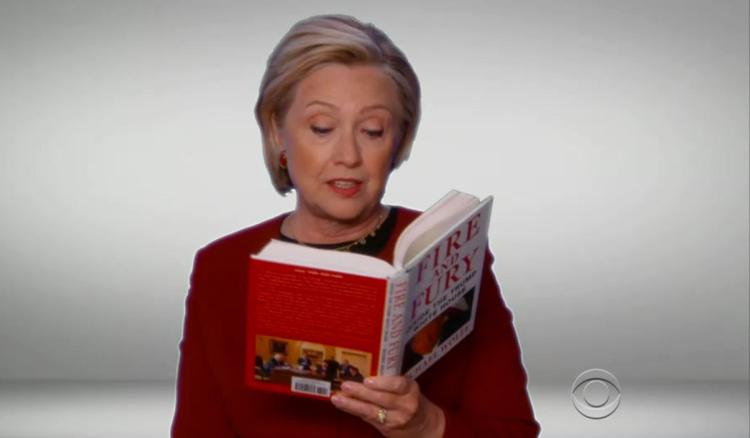 While the majority of the ceremony remained relatively politics-free, The Grammy Awards couldn’t resist poking some fun at President Donald Trump last night.

High profile music stars including Snoop Dogg, John Legend, Cardi B, DJ Khaled, and Cher took part in a pre-recorded skit that mocked Trump and quoted excerpts from Fire and Fury by Michael Wolff, which paints a chaotic picture of The White House.

James Corden, the host of the awards show opened the skit up like this…

“Some people don’t know this, but you don’t always need to be a musician to win a Grammy. In fact, every year, the Recording Academy has honored the best spoken word album,”

“We know that our current president does love winning awards, and the good news for him is he may just be the subject of next year’s winner. The question I’ve got is: Who will be the narrator?”

The best narrator was up for debate until Hillary Clinton appeared and slayed her spoken word performance… Check out a clip below!

Hillary Clinton Reads Fire And Fury At The Grammys