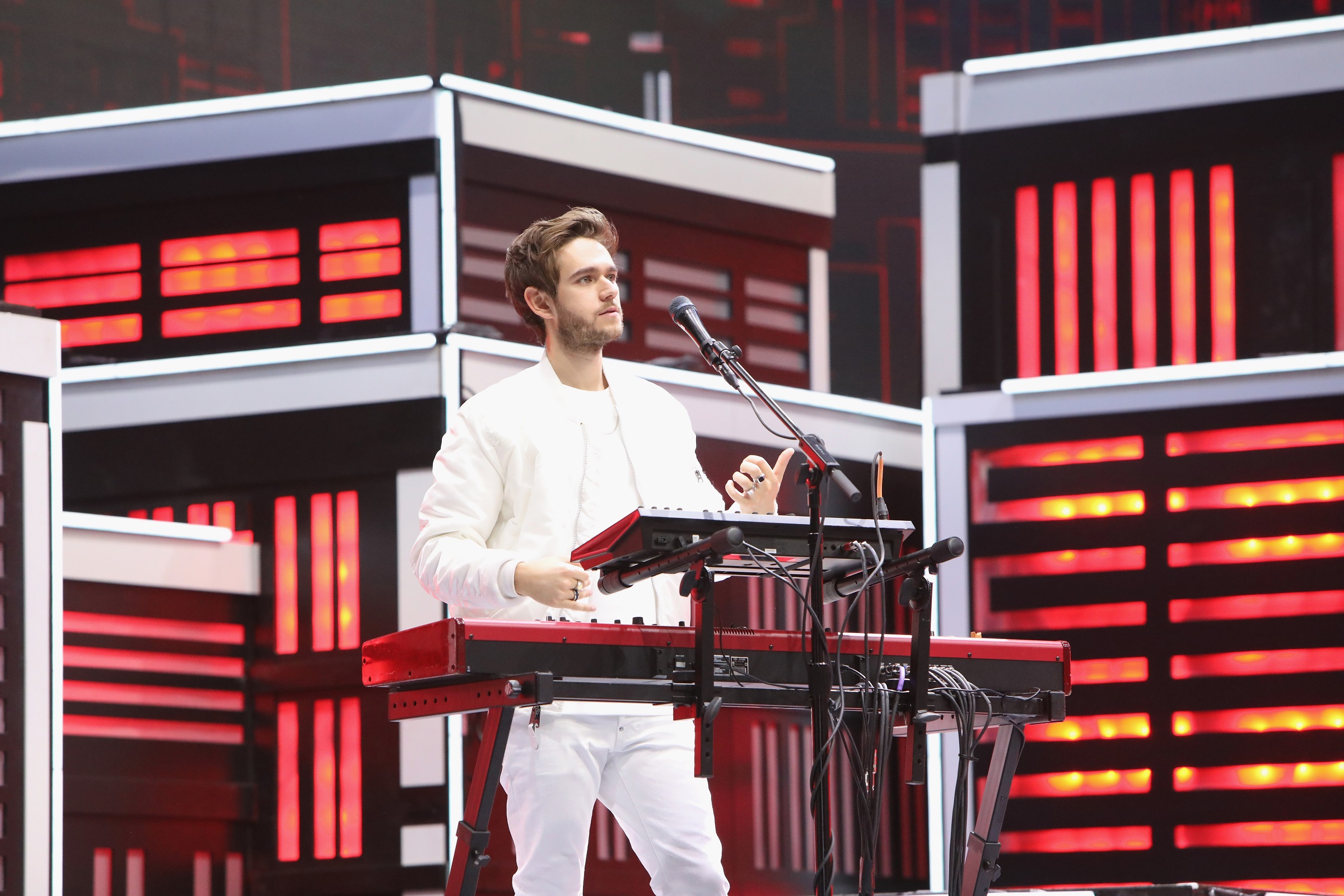 Music Video For Zedd’s “The Middle” Premieres During GRAMMYs

Last night at the Grammys featured many performances both on and off the stage, not least of all was the music video premiere of Zedd, Maren Morris, and Grey’s new song, “The Middle,” presented by Target.

As if the song itself wasn’t evidence enough, the music video has certainly cemented the fact that Zedd has gone full-on pop for his latest single. A cadre of dancers populate the stage as Morris belts out the song’s words, bookended by Zedd on piano and vox on the left, and Grey playing drums and guitar on the right. It’s exactly what you might expect from a well-established pop artist, rather than an EDM visionary like Zedd; though, with his recent singles, one could make the argument that his EDM days are over.

“[Grey and I] went through roughly 15 different vocalists – mostly pop and lots of A-listers – but it just didn’t fit,” says Zedd. “The song is very emotional and real, so it has to be someone who could really carry it.”

“Then, we recorded Maren and she sounded incredible, and everybody who loved this song already fell in love with it even more, so we knew she was the one,” he adds. “If you sing the song and I want to cry, then I know it’s perfect.”

Fans will also be able to enjoy “The Middle” when it becomes part of Target’s Spring Style campaign, starting Feb. 4.

Check out the music video below.