H&M Blatantly Rip Producer’s Track For New Ad, Claim It Was “Specifically Produced” For Them

The retailer is in hot water once again after not only using an artist’s song in their newest ad without his permission, but then claiming that the song “does not have a name” and was “specifically produced” for the campaign.

Neither of those claims are true. The song does have a name: “Bamboo” by artist Harvey Sutherland. The song was also released over 3 years ago, ruling out the second claim. 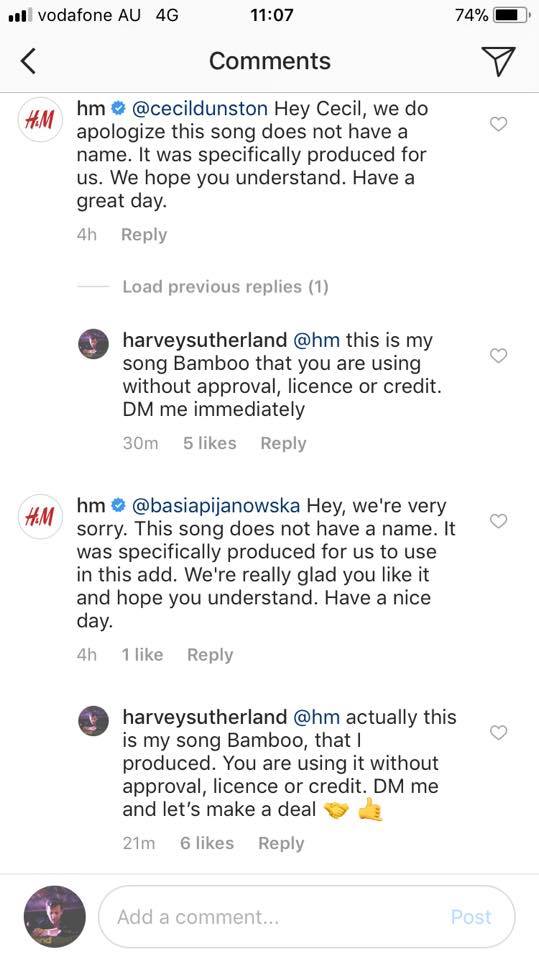 A simple Shazam was all it took for us to find out the name of the song, so why didn’t H&M just come clean? Probably because they knew they had used the song without permission, and were hoping that no one would notice. Unfortunately for them, Sutherland did and now their post’s comment section is flooded with antagonistic responses, calling them out for their shady business practices.

You can see the ad below, though we’re not sure how much longer H&M will risk keeping it up. Compare it to Sutherland’s original below, and you can tell that the retailer didn’t even try to augment or modify the track at all.