by Your EDM Staff
in Bass Music, EDM News, Featured

This is one of the best days of my life for one reason alone: The Glitch Mob just sent me an exclusive flexi disc of what is surely the first single from their upcoming album. On the same flexi disc are the words “See Without Eyes” with a date that reads May 4, 2018.

Whether this name and accompanying date are for this, the debut single off of their new album, or for the entirety of the album itself remains to be seen–however I believe this information pertains to this particular single.

The Glitch Mob have had an indescribable impact in my life through their music and performances and I’m absolutely delighted they decided to share this with me ahead of the general public. If Ooah, Boreta, or edIT are reading this, thank you from the bottom of my heart. 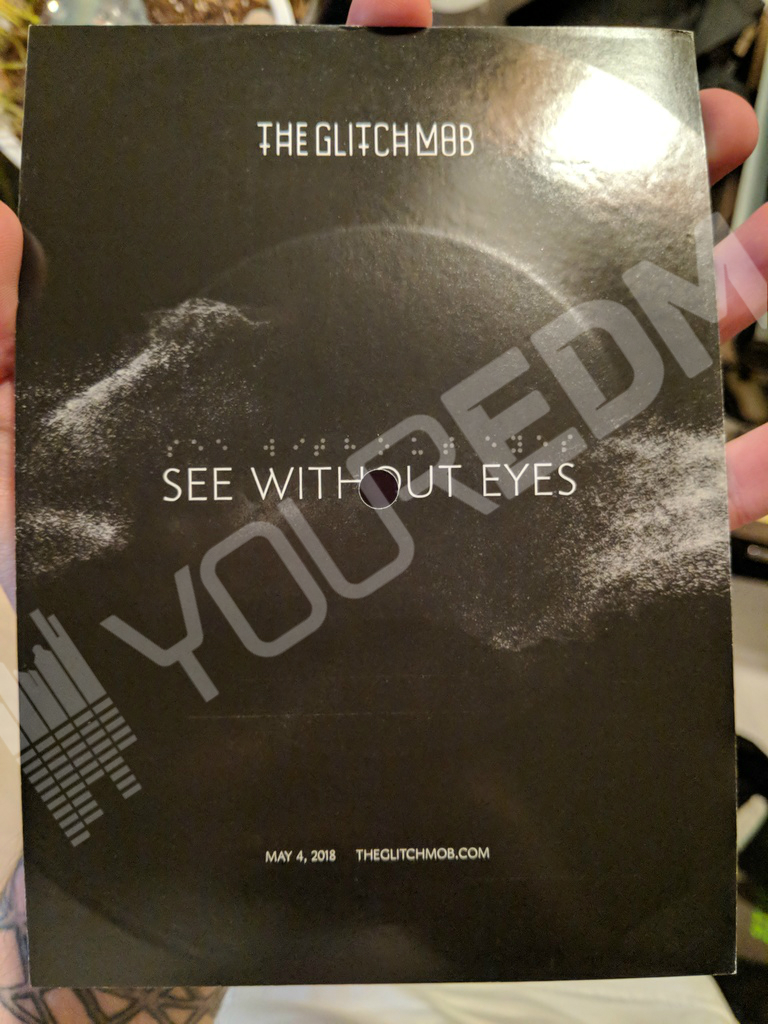 The demo, while grainy cause of the inherent lack of quality with flexi discs, imparts a true Glitch Mob sound with a more palatable, poppy vocal than some previous releases. You’ll just have to check it out yourself to see what I’m talking about…

Enjoy a first exclusive listen below!