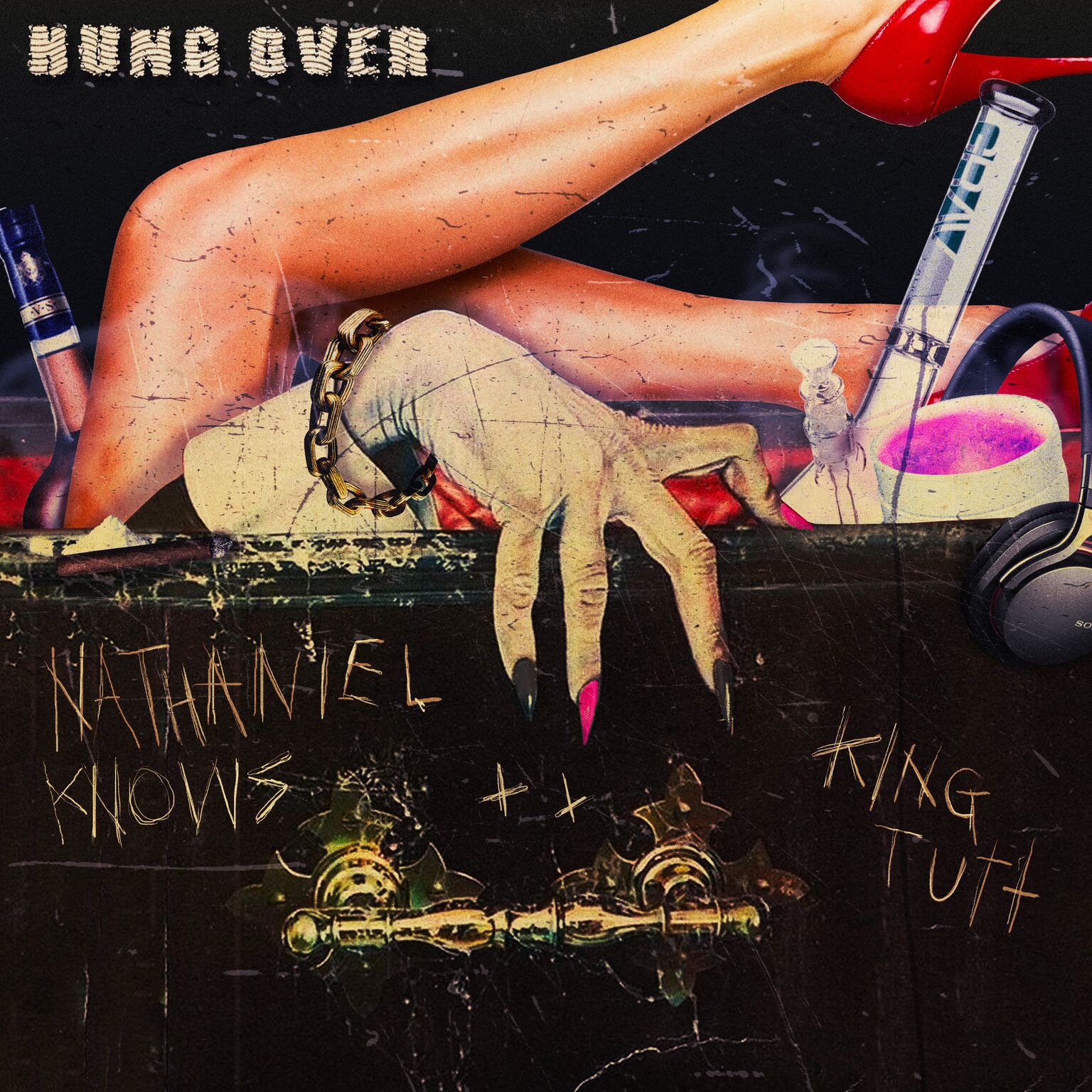 Thirsty Thursday takes on a new meaning with today’s release of Nathaniel Knows and King Tutt’s Bass House/G House banger, “Hungover.” The quality production value of a seasoned vet is met with dark, smooth and playful vocals – the result? Moody madness embodied through a bouncy bassline, an infectious melody and expertly executed synths.

The track is brought to life through this innovative short film by LA-based film production team, Reel Goats. A hangover takes a new form in the sinister collaboration, fusing a captivating, cinematic intro with the filthy and frantic tone only a SnorriCam effect can deliver. Nathaniel Knows, King Tutt, and special guest Hvdes are all featured in the video, diving face first into a sickness from which they may never recover. The track and the short film synchronously contrast and compliment one another, breeding a viral, energy charged ride for viewers and listeners alike. Sinister story short, a man has the time of his life the night before waking up to something much more serious than a hangover. We won’t spoil the surprise… Find out how the story ends.