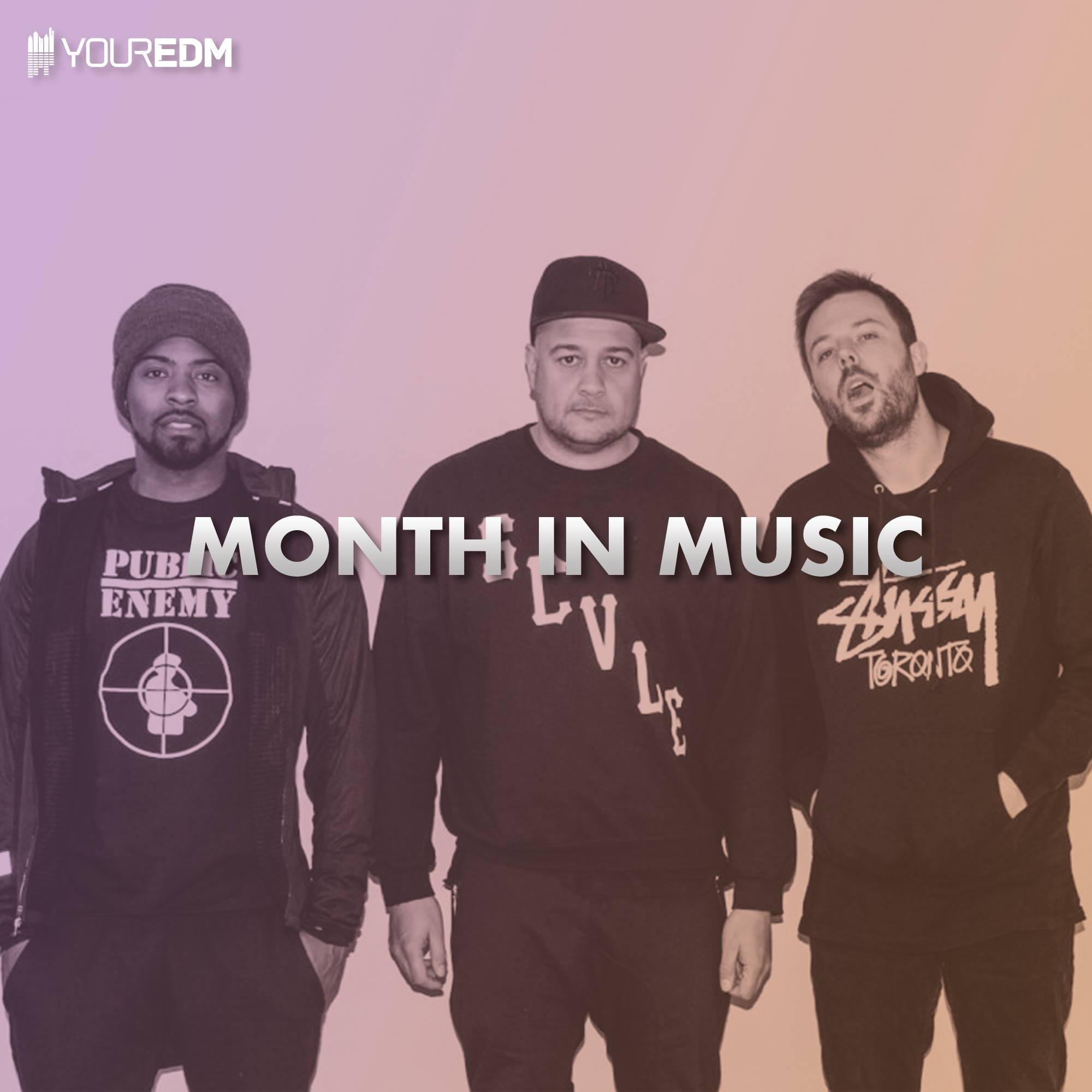 February might be the shortest month of the year, but it certainly didn’t fail to deliver this year with a bunch of new releases from superstars, superstars on the cusp, and some of our favorite emerging acts. Just check out this list below! David Guetta x Martin Garrix x Brooks, Keys N Krates, Rootkit, DJ Snake, Medasin, Marshmello, Flight Facilities, Robotaki, Taska Black, K?d, 1788-L and way more. Check it out!

Remix Watch: First things first, massive shout-out to Medasin for his crazy remix of “Will He” which nabbed him a playlist cover on our weekly playlist a few weeks back. Rusko made a triumphant return to music after an arduous battle with cancer dropping a massive remix of Marshmello and Selena Gomez’s new single “Wolves.”

The young guns were on the rise this month. K?d brought back electro successfully with “Banshee,” Taska Black made his Monstercat debut with “We Would Never Do” while mysterious new producer 1788-L made himself known with a string of massive flips into a new original in “Pulsar Beam.”

Keys N Krates earned their debut cover placement with one of our favorite albums of the year (so far) in Cura which featured infectiously catchy single “Music To My Ears” with Tory Lanez and more. Check out that single plus titular track “Cura” as well.

The superstars also got busy this month. DJ Snake dropped “Magenta Riddim,” while Calvin Harris showed off his new sound in “Nuh Ready Nuh Ready.” Marshmello came out swinging with yet another massive pop-collaboration with the sultry Anne-Marie. The Chainsmokers dropped another single while David Guetta, Martin Garrix, and Brooks rounded us off with a massive new single in “Like I Do.”