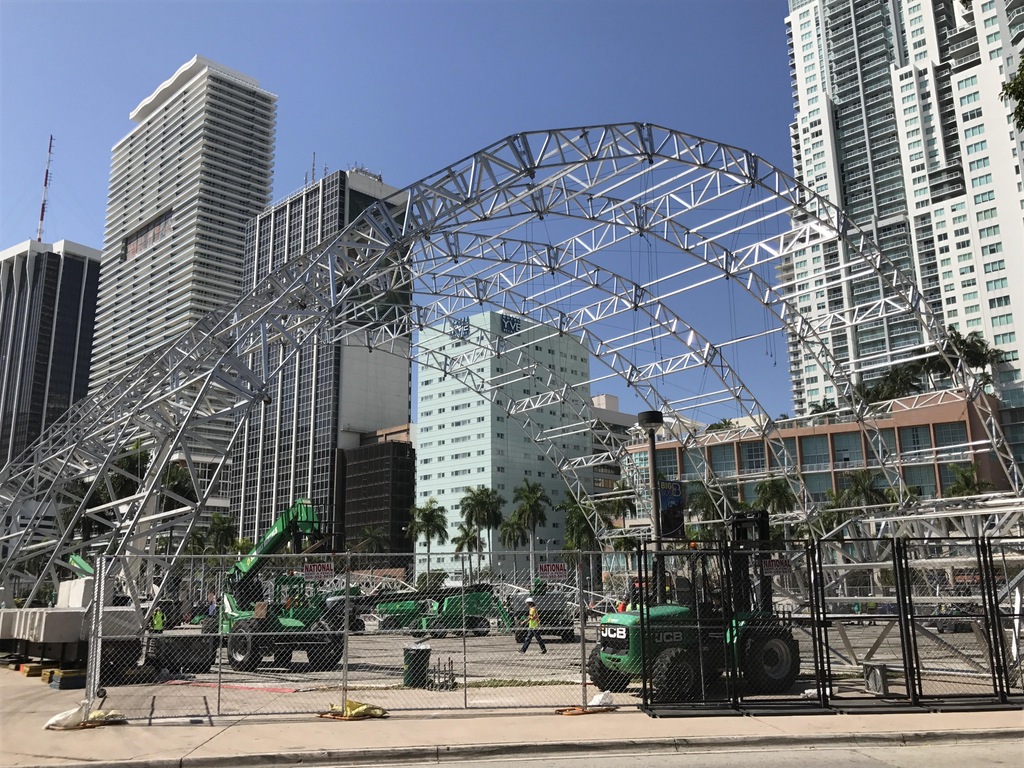 With just a little over two weeks to go until Ultra Music Festivals’s 20th anniversary, trucks and trailers have finally been spotted moving into Bayfront Park in Miami to begin construction on the festival’s stages.

It’s almost uncanny how consistently the timing is for load-in, as last year, it began just one day later than it did this year. The design for this year’s main stage is still under wraps and likely won’t be known for at least a week, until some passerby snaps a picture and reveals it all.

In the meantime, the mega structure, live stage, main stage, UMF Worldwide stage and everything in between is getting erected and taking shape!

Note: Featured image represents mega structure being built in 2017 – not this year.

You can watch it being built live via EarthCam here.