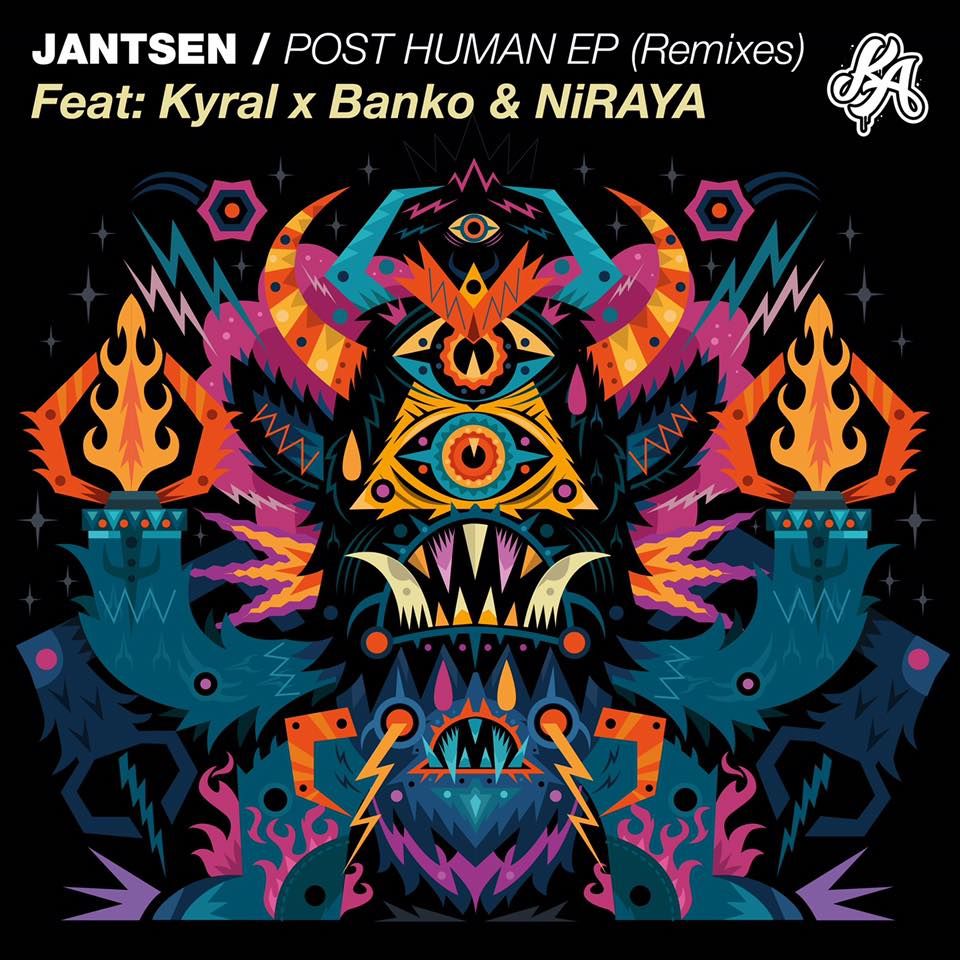 Jantsen doesn’t commission remixes very often, and it has to be pretty good if he does. That said, his Post Human EP, released in November on Kairos and full of nasty dubstep bangers, was really itching to have at least a couple remixes or VIPs. Enter Post Human Remixes, released last Monday. True to his high standards, Jantsen only selected two remixes to be part of this release: a teeth-grinding halftime retool of “Kaiju’s Theme” by NiRAYA and this multi-beat banger remix of “Badboy Sound” by Kyral and Banko:

It’s always nice to see artists really take the stems of a tune and run with them, as is clearly the case with the Kyral and Banko mix of “Badboy Sound.” The original Jantsen mix is a classic dancefloor dub tune, leaning more towards jungle and rudebwoy vibes per the amen breaks and ragga MC vocal clips. It’s been heavily popular at bass music shows through the winter festival and tour season. When the Kyral and Banko mix opens, listeners will know instantly that the two Denver-based producers made a completely different track for their remix.

Even more ravey than the original, the Kyral and Bank remix opens up with a chill halftime beat and then basically takes on every beat structure from there on in. Classic dubstep, halftime and more clitch-heavy dub syncopation are all crammed into this massive remix, not to mention a crazy techno break. It would be tough to keep up with if it wasn’t so much fun. What’s even more fun is how the connection points for all these tempo and beat switch-ups are the ragga vocal samples, rather than any kind of synth of glitch pattern. The samples don’t just punctuate each phrase but actually wind around the beat structures as the heavy, glitchy and sometimes metallic synths play over and around all this beat-switching madness. If nothing else, this track will keep the crowd interested.

With remixes like this and their huge Focus EP last year on Quality Goods records, Kyral and Banko are poised to be the next hot thing dubstep or glitch or halftime or maybe even techno, from the looks of it. At the very least Jantsen and Kairos Records have noticed, and they’re good allies to have.

The Post Human Remixes release is available for purchase on Beatport and of course Kyral & Banko’s remix can be streamed on their Soundcloud.