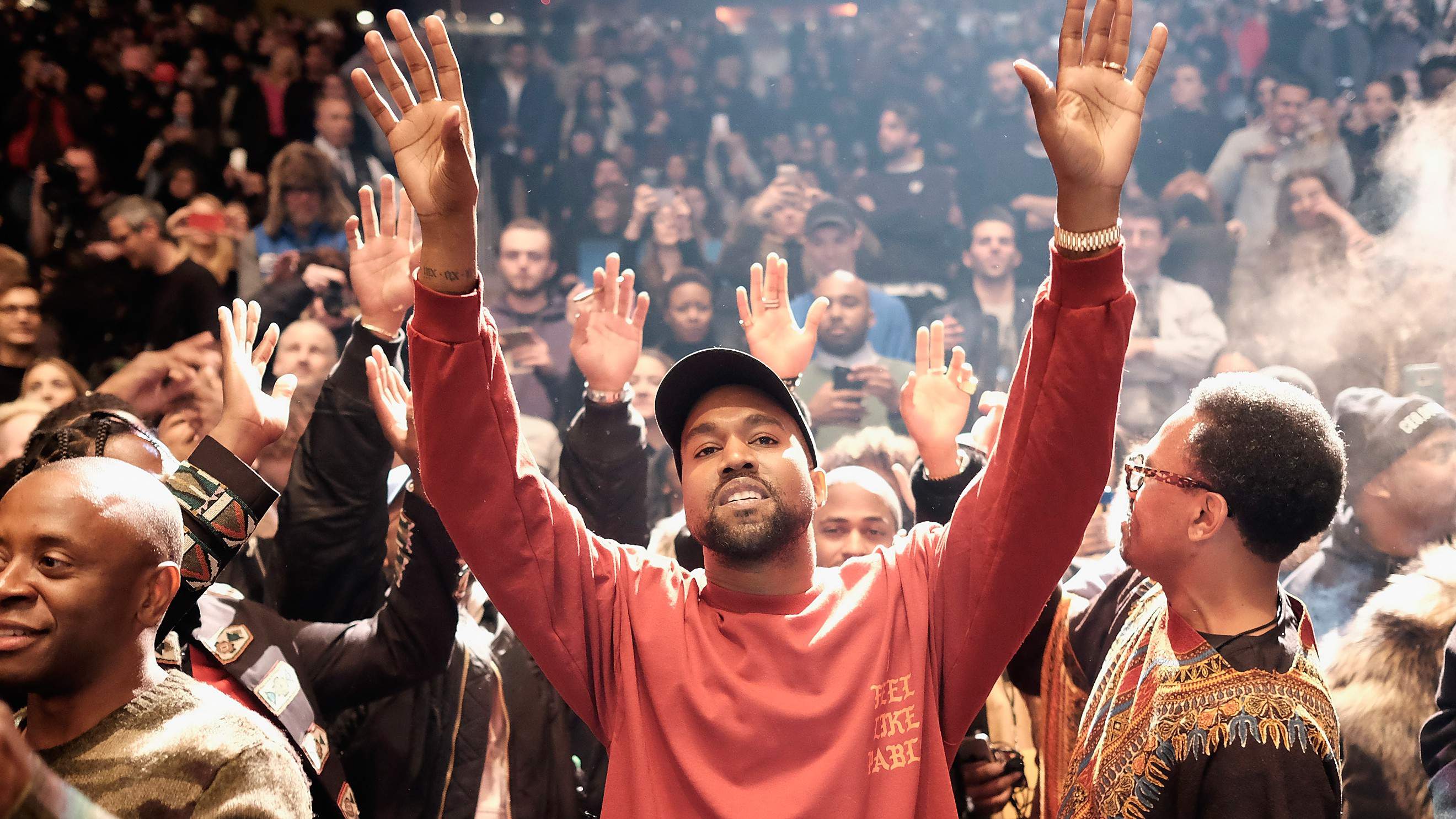 Kanye West is back in full force — with his first new wave of music since Life Of Pablo. The single is called “Lift Yourself” and it’s interesting to say the least.

If you’re expecting a modern day masterpiece like “Wolves” or “Fade,” this may or may not be it. Hopefully though, he’s just holding out on us.

“Lift Yourself,” like much of Kanye’s work, opens with some soulful vocal sampling before breaking it down into a super fresh beat. But, the next verse though… The bars…

It's called Lift Yourself

Honestly, we’re not sure what to make of the track, but if we weren’t questioning Kanye West then he wouldn’t be doing his job. With every release, he pushes us outside our comfort zones a little more — and he has yet to fail us.

Despite all this “shoopy poop” heard with “Lift Yourself,” we want to believe it’s still ok to put our trust in Kanye, especially with two new albums on the way.

The first album is a solo Kanye West release with 7 songs dropping June 1st. Next up, Kanye and Cudi have a joint album coming out June 8th. This will christen their new project together, Kids See Ghost.

As for the new single, it’s available to stream via kanyewest.com.

You can also stream his new, more woke, single “Ye Vs. The People” below. Kanye and T.I. play separate parts and perspectives in the track, Kanye representing himself while T.I. takes the part of the confused masses.

[Verse: Kanye West & T.I.]
I know Obama was Heaven-sent
But ever since Trump won, it proved that I could be President

Yeah you can, at what cost though?
Don’t that go against the teachings that Ye taught for?

Yo, Tip, I hear your side and everybody talk, though
But ain’t goin’ against the grain everything I fought for?

Prolly so, Ye, but where you tryna go with this?
It’s some shit you just don’t align with and don’t go against

You just readin’ the headlines, you don’t see the fine print
You on some choosin’-side shit, I’m on some unified shit

It’s bigger than your selfish agenda
If your election ain’t gon’ stop police from murderin’ niggas, then shit…

Bruh, I never ever stopped fightin’ for the people
Actually wearin’ the hat’ll show people that we equal

See that’s the problem with this damn nation
All Blacks gotta be Democrats, man, we ain’t made it off the plantation

Fuck who you choose as your political party
You representin’ dudes just seem crude and cold-hearted
With blatant disregard for the people who put you in position
Don’t you feel an obligation to them?

I feel a obligation to show people new ideas
And if you wanna hear ’em, there go two right here
Make America Great Again had a negative reception
I took it, wore it, rocked it, gave it a new direction
Added empathy, care and love and affection
And y’all simply questionin’ my methods

What you willin’ to lose for the point to be proved?
This shit is stubborn, selfish, bullheaded, even for you
You wore a dusty ass hat to represent the same views
As white supremacy, man, we expect better from you
All them times you sounded crazy, we defended you, homie
Not just to be let down when we depend on you, homie
That’s why it’s important to know what direction you’re goin’ now
‘Cause everything that you built can be destroyed and torn down

You think I ain’t concerned about how I affect the past?
I mean, that hat stayed in my closet like ’bout a year and a half
Then one day I was like, “Fuck it, I’ma do me”
I was in the sunken place and then I found the new me
Not worried about some image that I gotta keep up
Lot of people agree with me, but they too scared to speak up

The greater good of the people is first
Have you considered all the damage and the people you hurt?
You had a bad idea, and you’re makin’ it worse
This shit’s just as bad as Catholic preachers rapin’ in church

Y’all been leadin’ with hate, see I just approach it different
Like a gang truce, the first Blood to shake the Crip’s hand
I know everybody emotional
Is it better if I rap about crack? Huh? ‘Cause it’s cultural?
Or how about I’ma shoot you, or fuck your bitch?
Or how about all this Gucci, ’cause I’m fuckin’ rich

You’ll deal with God for the lack of respect
Startin’ to make it seem like Donnie cut you a check
Now you toyin’ with hot lava, better be careful with that
What’s it mean to gain the world if you ain’t standin’ for shit?
Okay I gotta say it, Ye, you sound high as a bitch
Yeah, genocide and slavery, we should just try and forget
And all that free thought shit, find a better defense
But if Ye just stuck in his way, he can leave it at that
Fuck it

Alright T.I.P., we could be rappin’ about this all day, man, why don’t we just cut the beat off and let the people talk?