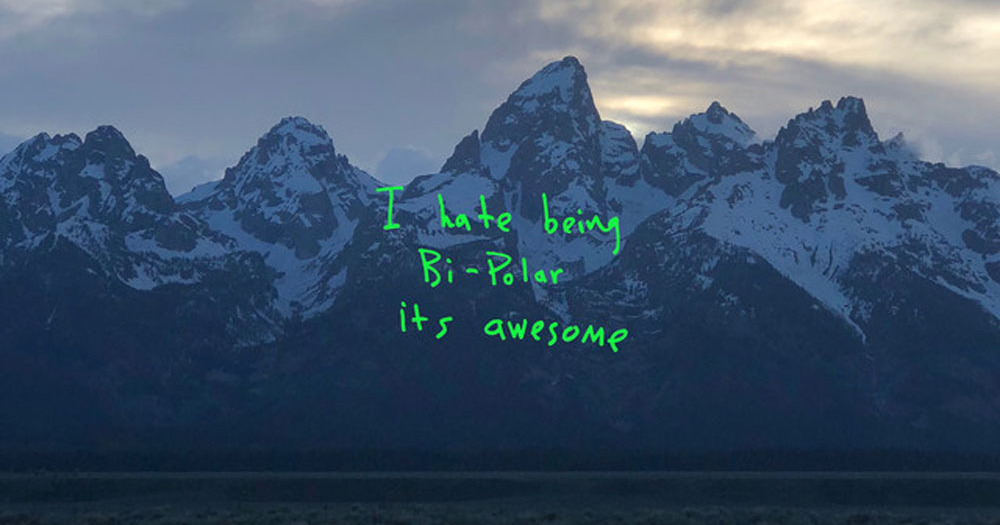 Kanye West Releases ‘ye,’ His Most Personal Record Yet [LISTEN]

Kanye West‘s eighth solo studio album ye is here, and nothing is off limits. As he speaks about in his opening track, “I Thought About Killing You” — nothing’s off the table.

Rather than pushing away his dark thoughts and anxieties, the rapper revels in them. The album art’s message is telling in itself: “I hate being Bi-Polar. It’s awesome.” As messed up as some of these lyrics may be, this is the real ye we’re hearing.

Overall, the album feels toned down from the overall, hyped up feel heard with his previous album, The Life of Pablo. His voice, his lyrics are front and center and everything else on the track comes secondary.

Even star-studded collaborations with Ty Dolla $ign, John Legend, Nicki Minaj and more aren’t enough to overpower the words coming straight from the source. Everyone is listening to hear what ye has to say.

The album runs 7-tracks deep. So, 23 minutes and 41 seconds later and you just might have a better understanding of what it’s like being Kanye West — mental health, drug addiction, marital life and all.