Kygo is remembering Avicii in a very, very special way.

The Kids In Love producer just got some fresh new ink, which he shows off in a recent pic via his Insta Story (screenshot below). All eyes are on the palm tree, which he now permanently sports on his forearm. This could have to do with his love for tropical places, tropical house, or both.

Now, shift your gaze down just a bit to his wrist and you’ll see another fresh tat. This one commemorates the legend Avicii through a simple outline of the late producer’s logo. It looks as though Kygo decided to get both of these tattoos in just one sitting.

Kygo, like many other musicians, took the news of Avicii’s unexpected passing especially hard.

Can’t believe this is true..my biggest inspiration and the reason why I started making electronic music. Thank you for all the joy you brought to the world with your music. RIP @Avicii https://t.co/74ihAHtpl2

Weeks ago, Kygo ended his Coachella set by saying a few words in dedication to Avicii and then playing “Without You.” While not the most popular Avicii song, Kygo said it was his favorite song from the Swedish producer. Relive that special moment here and peep the new ink below. 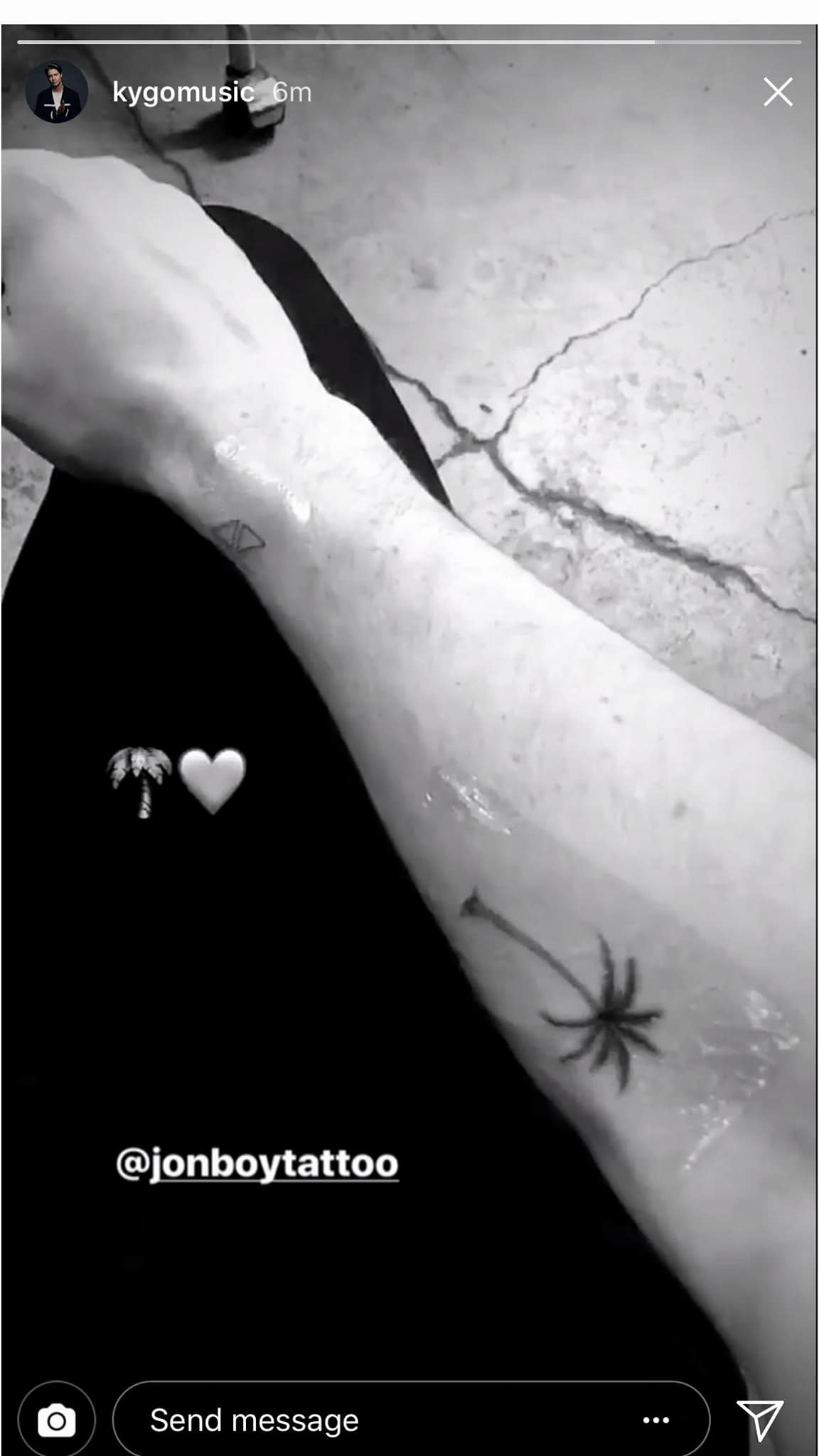 Noya Teases Hip Hop Infused Album with “The Come Up”

Noya Teases Hip Hop Infused Album with "The Come Up"