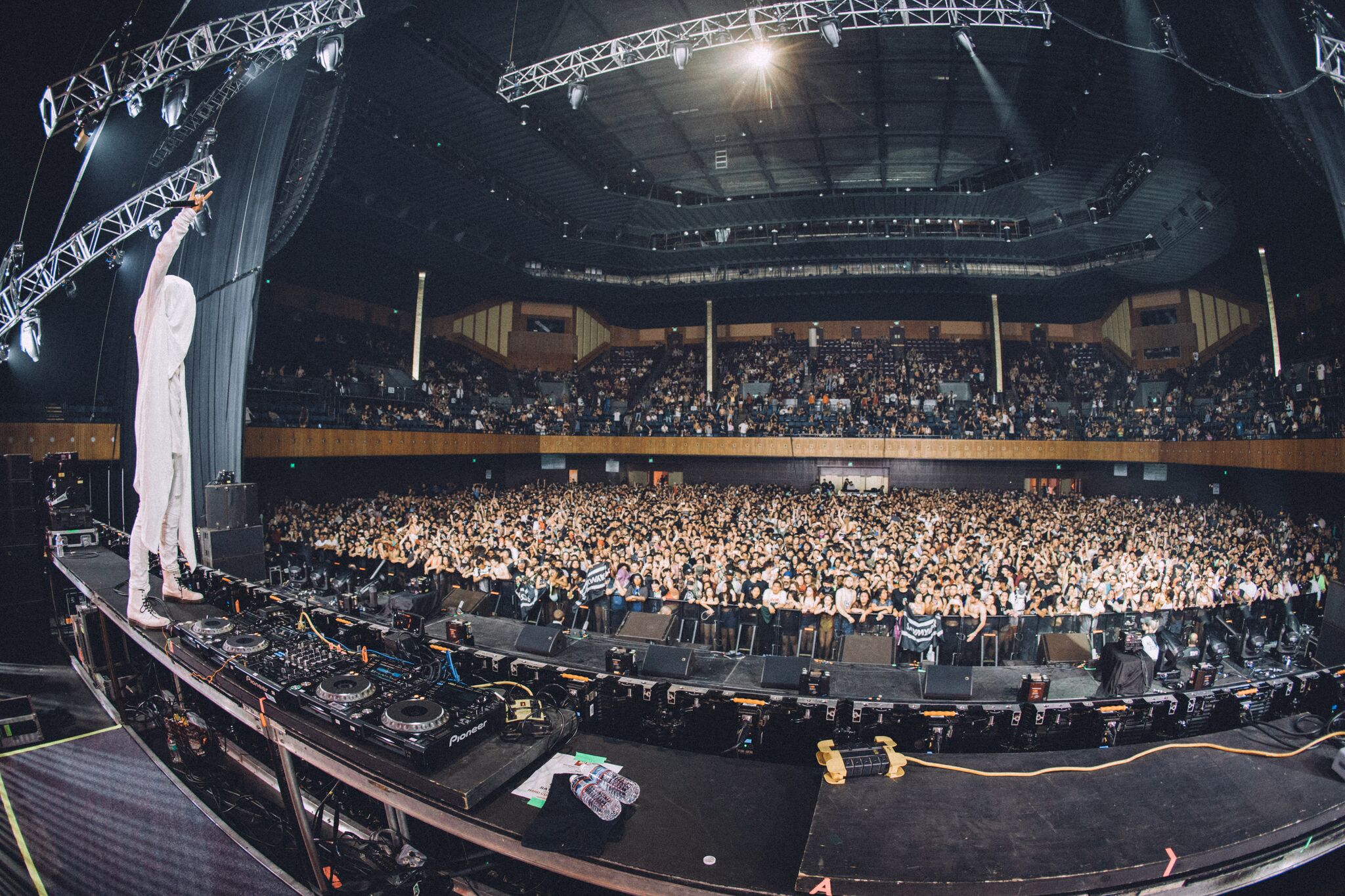 For anyone first getting their feet wet in the dance music’s business side, it isn’t long before you hear his name. When you find out that Jason Hong, or Hong, to those close to him, is involved in a project or event, you know it’s straight down to business. His reputation as an ace manager and behinds the scenes OG comes from over a decade of proving himself not just to agents, talent buyers, and publicists, but from the years of dedication he gives to the acts which he represents. From raving in the mid 2000’s before tour managing a rising Skrillex and Nero in the early 2010’s, Hong is now a force to be reckoned with. Developing hardtrap pioneer, SAYMYNAME, into an almost household name with collaborations among some of dance music’s A-listers, Jason Hong’s influential presence in dance music is a chronicle in itself. We’re excited to share his story on the latest Industry Spotlight on Your EDM.

How did you get your start in the dance music industry? What attracted you to dance music culture? What was the first festival or show you attended?

LOL.. it’s hard to say. I threw my first party when I was 15? I printed real legit flyers, rented a venue and a DJ. Flash forward 10 year later. While I was finishing college I managed a couple of venues in Boston and would use party buses to ship college kids into the city. I came back to LA in 2006 due to some family stuff. I had been hanging out at the original Avalon in Boston seeing legends like Paul Van Dyke, Tiësto, and so forth…but I experienced my first massive in 2007 at EDC when it was still in LA. I was hooked. It was a different time in LA’s rave and electronic dance scene back then. You had to pay your dues at the door. Parties like Banana Split Sundays at LAX. Danny the door guy had to see you serve time week after week trying to get in to ever consider letting you in. Then you might just get in if you came early enough. I guess I was that kid back then, fresh back from the East Coast after college and working in the corporate world. I was home dealing with a sick father, and was going out every night in LA. A childhood friend, Susan, and her boyfriend were taking me to this cool party called Dim Mak Tuesdays in its legendary hay day of Justice, Ed Banger crew and DJ AM (RIP). Coincidentally, one of her college friends was a day to day manager for MSTRKRFT, The Bloody Beetroots and Wolfgang Gartner. I guess I got lucky.. they always let me tag along to wherever they had shows or whenever they were just hanging out. As I watched in the inter workings from an outsider… I knew I found my calling. After years of hanging out and pretty much assisting everyone in every way possible for free, someone finally gave me a chance. My first official gig was tour managing 12th Planet in 2010-2011, then Skrillex, and then for NERO for a couple of years… but always focused on my end goal… managing my own clients. I do have to give much credit to one person that was a huge reason, 12th Planet’s old agent Denise Melanson who opened a lot of doors for me, allowed me to help look after her clients, and introduced me to a lot of key people in the game. She taught me how to care for your artists and to fight for them with every ounce of your sweat, blood and tears.

In your opinion, what do you think are the most important parts of developing an act?

MOST IMPORTANT thing a act needs is to be different. And seeing if the person is a good person and is willing to out work their competitor. Nowadays to blow up, everyone always wants to copy whats hot and whats working at the moment. It doesn’t mean it will work for you as you are chasing the game. Why not set the game, be different.

It was something that I always wanted to do while hanging out in LA’s early electro scene. Of course I had to work for free for a very long time to prove myself. But that opened the door to tour managing for some of the best EDM acts of our time, which led to a time where I was confident enough to take on someones career and livelihood as a manager. But it took years and years of proving myself as I didn’t come from the corporate side of EDM, rather the party side. Once I was able to establish enough contacts, and the fore sight of how to handle ones career, I was finally able to sign one of my own acts in late 2013 managing acts like LA Riots, BARE, and Night Crime. Now I rep SAYMYNAME, DACK JANIELS, GRAVEDGR, and help advise a handful of up and coming acts like female phenom, Wenzday. Also have a couple of other things I can’t talk about yet, but I am excited to share with everyone.

You have a roster of some of the most heavy hitting bass acts in the scene? Would you say your roster represents your taste in music?

Hahaha I’m not sure if it has to be about my taste in music. I came up in the rave scene listening to trance and house music. That dnb/dubstep tent was the tent I used to skip at raves just because I didn’t fully understand it. I’ve obviously tried to keep up with the scene but I’ve mainly based my acts on how different they are from everyone else. How different is their sound? Or how is their branding? I’m not sure if my taste in music was the cause of reppin’ some of these guys. I just look to sign cool and different acts from the norm.

There are acts that tour around all corners of the world. Where do you see the most potential for emerging markets?

Many places are cracking right now all around the world esp with bass music. Europe was cool but the craziest to see is China and Myanmar right now. China doesn’t even have internet..but they get the music, the fashion, tattoos, head banging and mosh pits. Myanmar didn’t get internet til a few years ago… and its crazy to see that Hardtrap is the most popular genre there.

What is your favorite festival or venues?

Obviously Coachella and EDC are some of the best around the world. But there are tons all over Europe and the rest of the world Id love to experience especially Bootshaus. I’ve heard stories and had an artist there.. and I guess its crazier than they say. Def a venue I want to visit.

How do you like to r elax given such a heavy travel schedule and workload?

I love to chill on the couch, with my dogs at my feet, toss on a movie and smoke a spliff.

Favorite song? EDM or not.

Cant think of anything specific right not but hearing anything Avicii right now still gets me emotional. RIP.

What would the biggest piece of advice you would give someone looking to get into the business side of dance music?

I am a huge believer in manifesting your own destiny. The harder you work for it, the sooner it comes! There’s all sorts of pieces in the industry that make this machine go round and round, perhaps management might not be the lane you choose.

SAYMYNAME with collaborators The Chainsmokers