Insomniac today released the set times for its 2018 edition of EDC Las Vegas, and you bet your bottom dollar that there are lots of conflicts. The biggest conflicts seem to occur during the biggest sets as a means of diversifying crowds and preventing certain stages from becoming completely overrun.

The set times are available now via the app, but you can find them all laid out in grid format below. 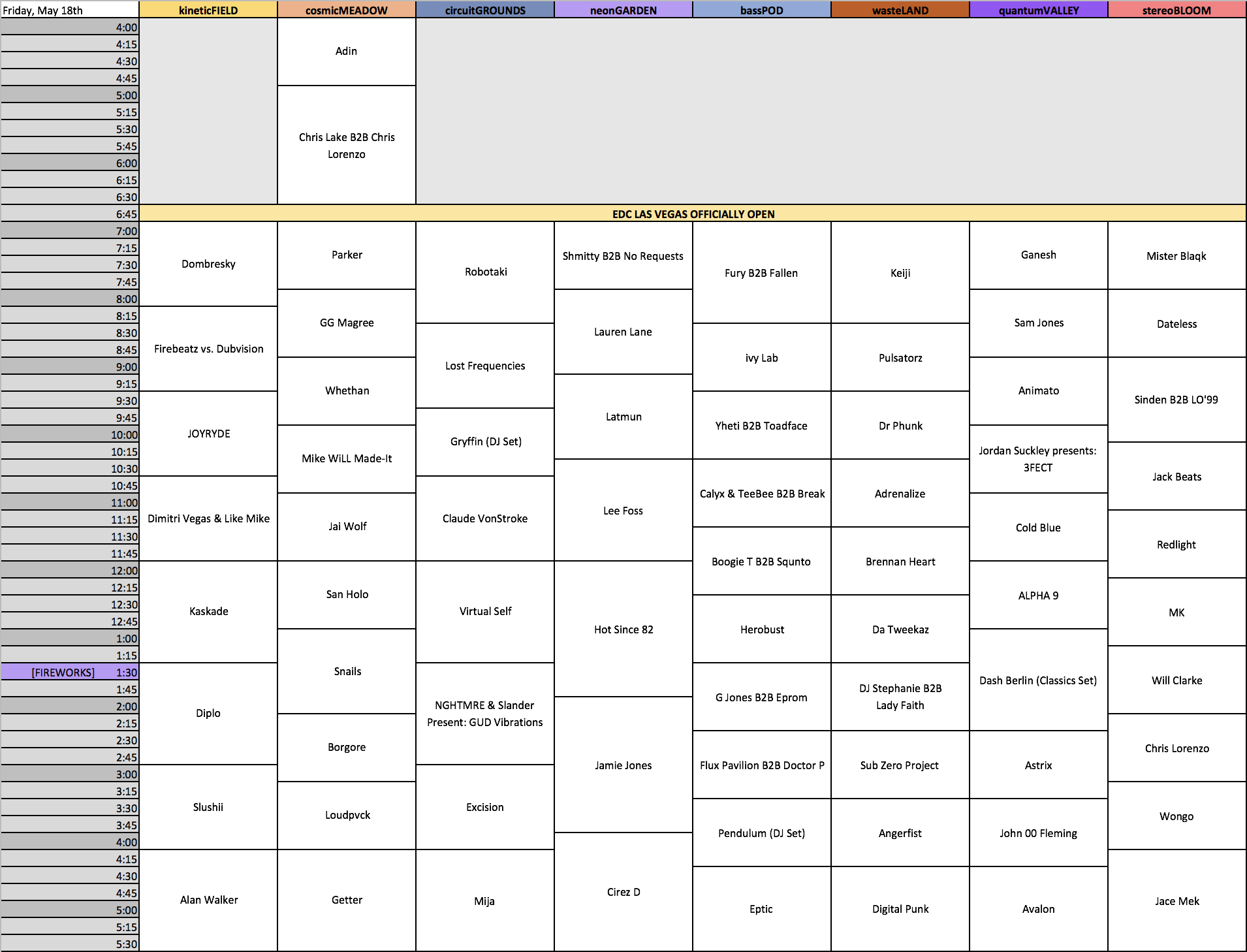 The first day of the festival sees a lot of massive acts like Dimitri Vegas & Like Mike, Flux Pavilion b2b Doctor P, DJ Stephanie b2b Lady Faith, Virtual Self, Hot Since 82, and more.

This day is pretty easy on conflicts especially if you’re pretty selective about your genre. 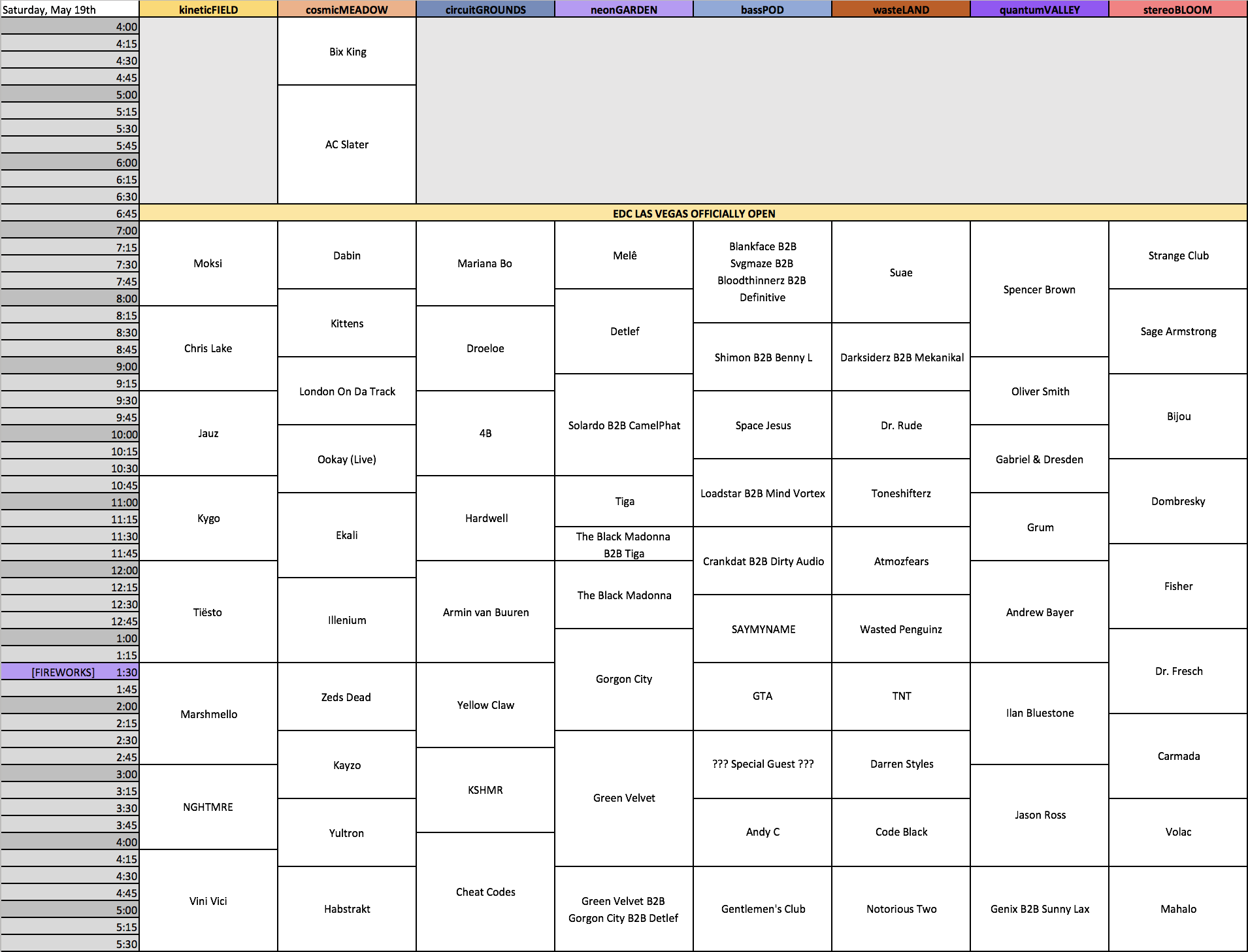 There’s really no day of the festival that has a lack of stellar talent, but Saturday is particularly stellar. You could easily park yourself at kineticFIELD all day and have a stellar time, but you’d be missing out on some pretty unique sets from Green Velvet b2b Gorgot City b2b Detlef or Crankdat b2b Dirty Audio. Plus, who’s that special guest at the bassPOD??

The conflicts are particularly bad on Saturday, but you can still manage to navigate to everything you want if you set time limits for yourself at each set. 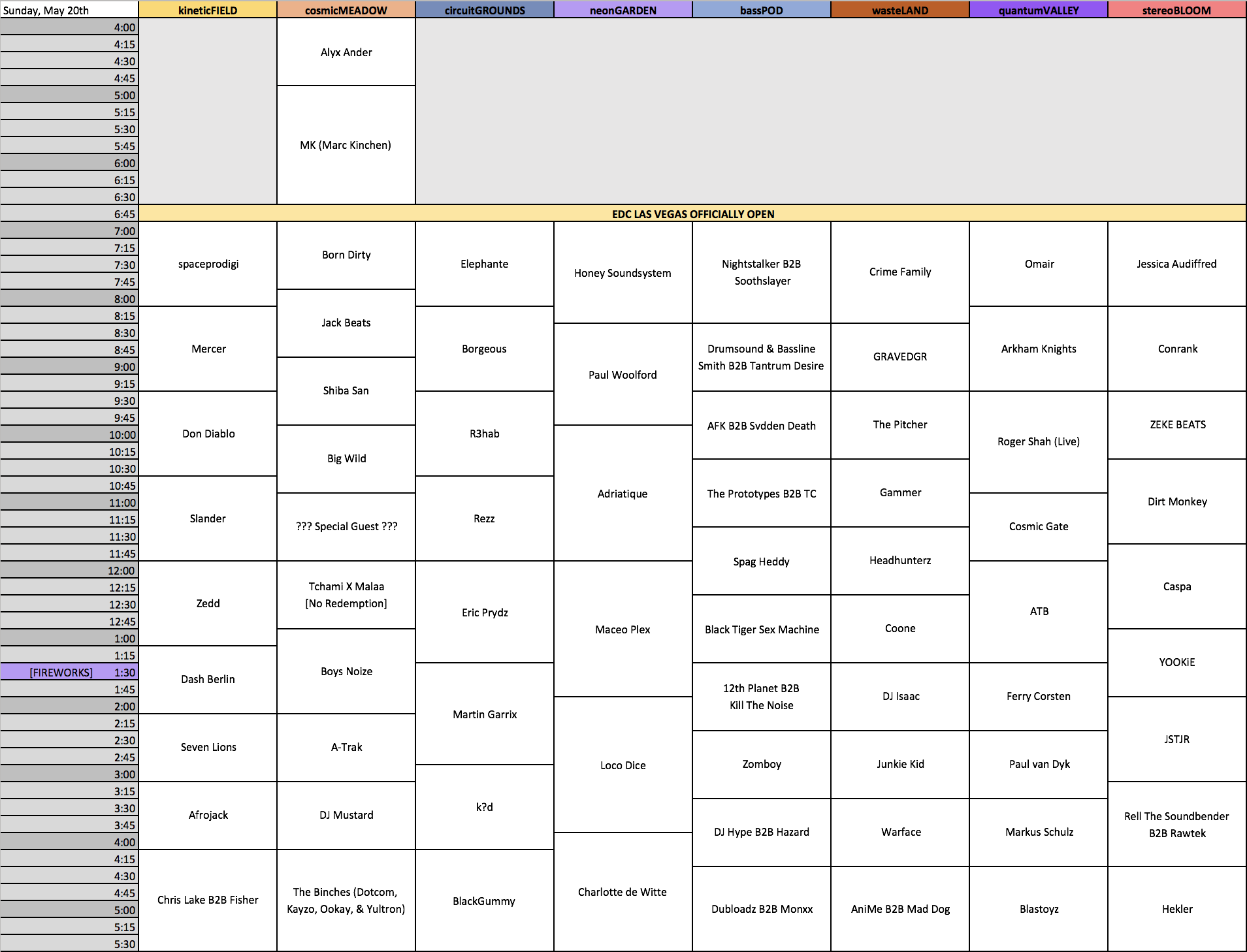 The final day of the festival continues to bring out plenty of heavy hitters like Zedd, Martin Garrix, Zomboy, Markus Schulz, and more. Conflicts are manageable, but they still exist.

Biggest Conflicts: Bass heads will have a tough time choosing a final set of the night between The Binches, Hekler, and Dubloadz b2b Monxx. Caspa starts midway into Spag Heddy’s set, making that conflict easier. Dash Berlin vs ATB/Ferry Corsten could be tough for some.

Martin Garrix plays pretty much unopposed for his genre, which means the circuitGROUNDS are sure to be packed to the brim. We’d also recommend you don’t miss the special guest at cosmicMEADOW at 11pm, but we can’t say anything more than that. Just be only the lookout for hints from unlikely sources.